Since the glasshouse was built by philanthropist Henry W. Phipps as a gift for the people of Pittsburgh in 1893, Phipps has inherited a number of special artworks — many of which have historical value. Take a peek at some of the key pieces we have acquired through the years. 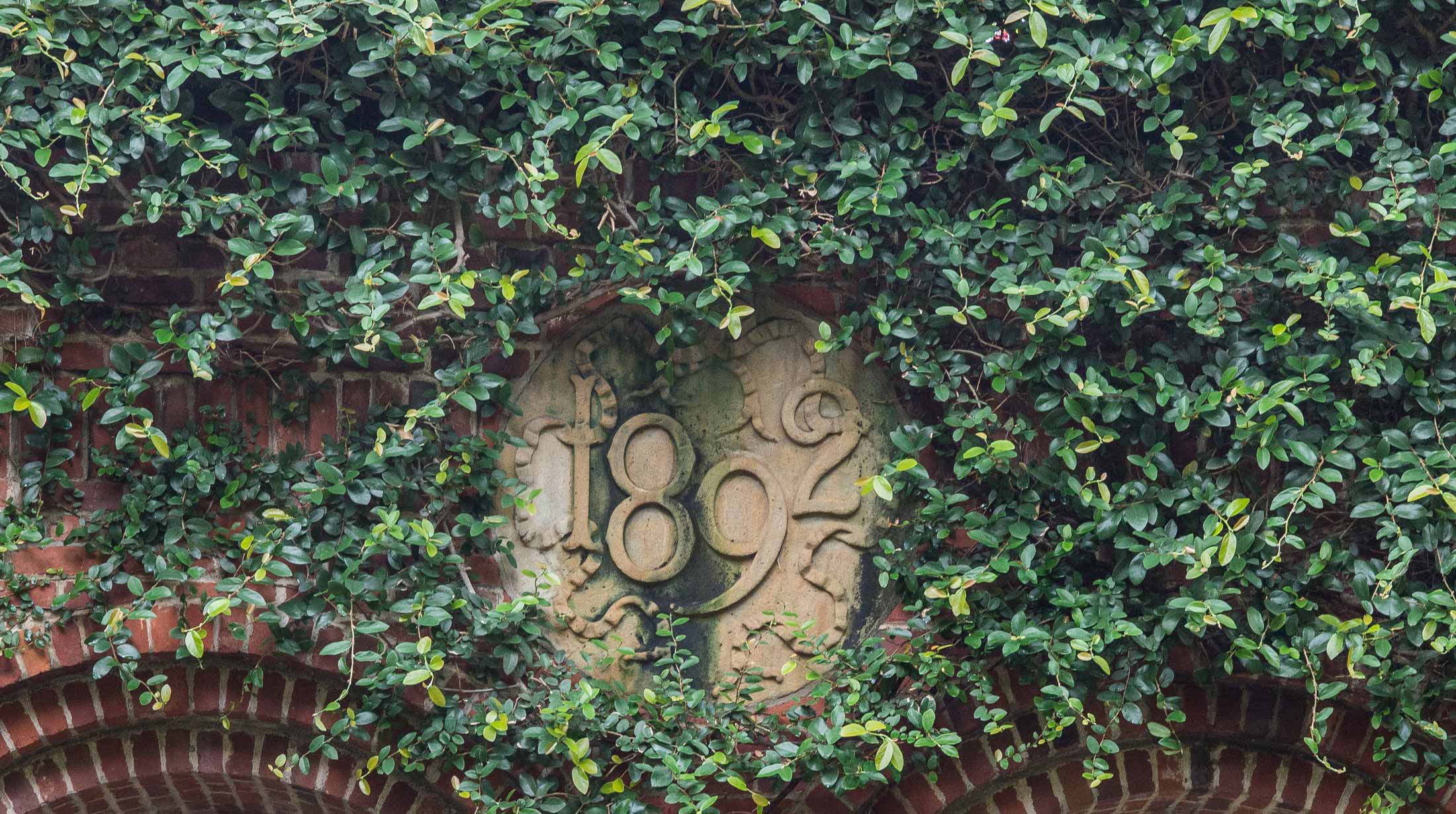 A medallion above the entrance to our South Conservatory bears the date 1892, when construction of Phipps began. This is one of two that were affixed to the original Conservatory entrance. The location of the second one, which bore Henry Phipps’ initials, is unknown. 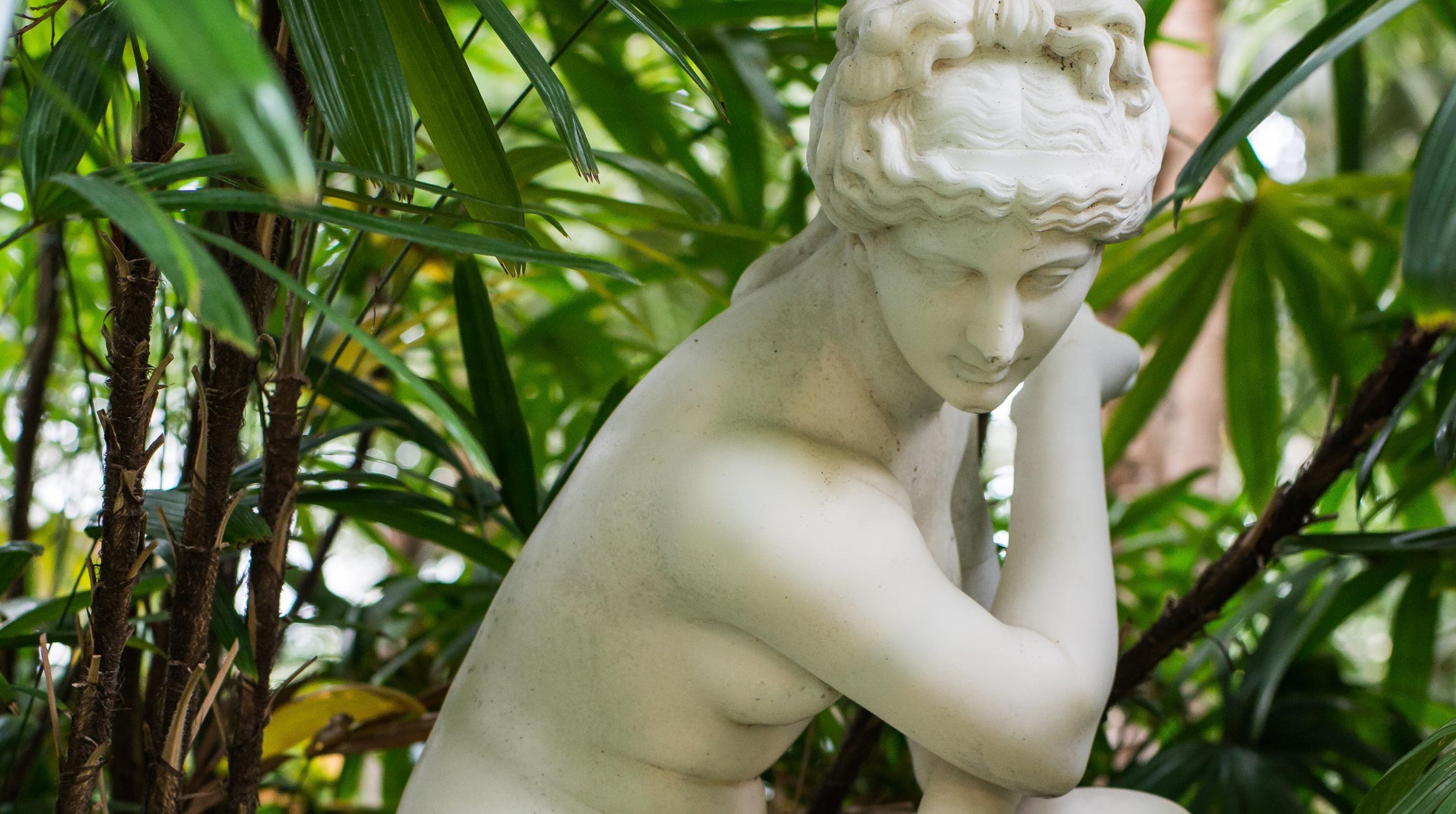 In 1893 Henry Phipps commemorated the opening of Phipps Conservatory with the gift of a white marble kneeling Venus statue, which can now be found in the plantings on the left side bed as you enter our Palm Court. 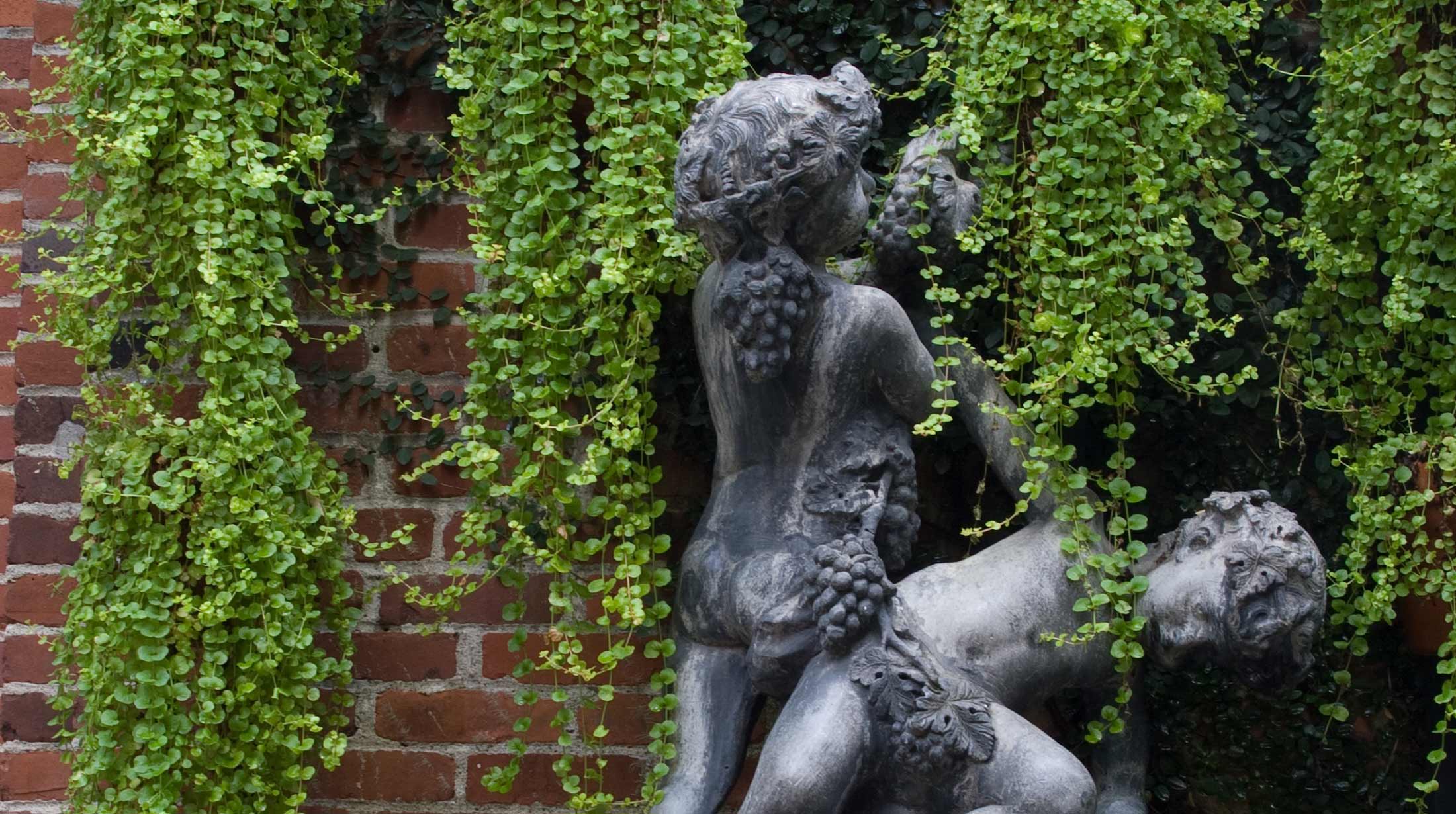 These two cherubs, located on the sides of the entrance to our South Conservatory, were gifts from the Henry Oliver Rea estate in 1952. 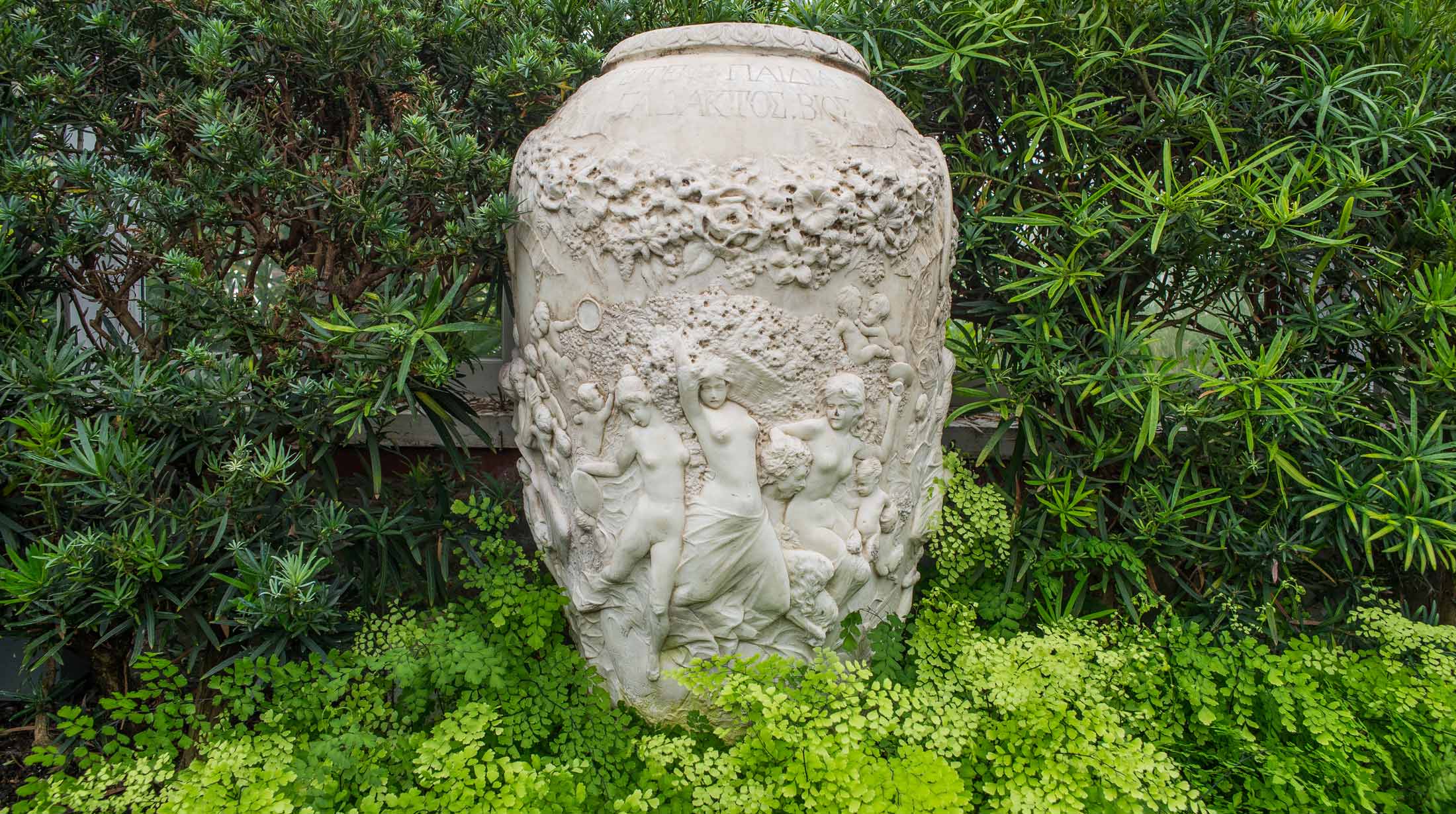 This carved white marble urn near the entrance to our Broderie Room bears a Greek inscription that translates to, “Rejoice children, love life.” 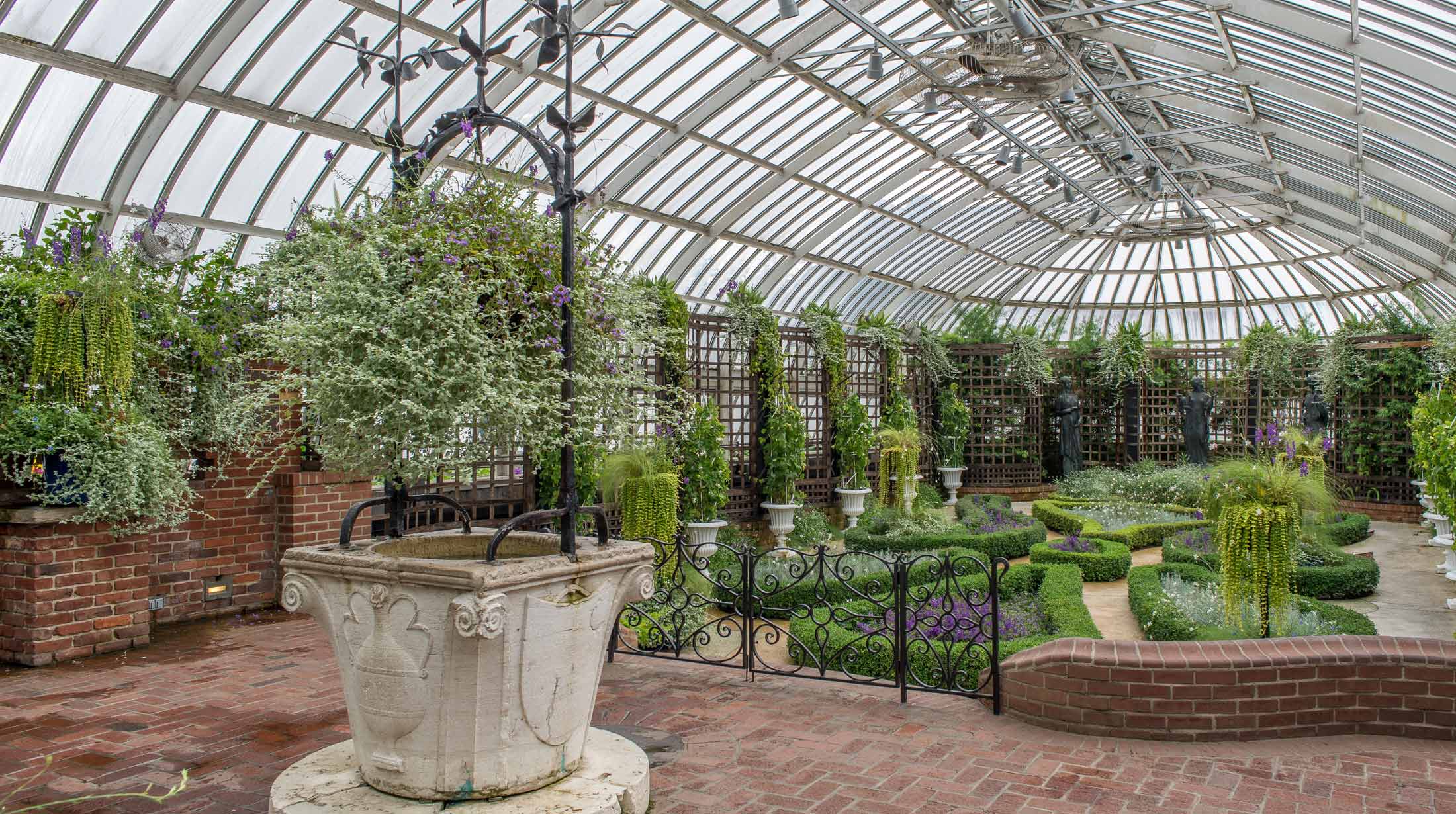 The beloved Italian well located in the front of our Broderie Room was given to Phipps as a gift from the Henry Oliver Rea Estate in 1952.It is made of carved stone and wrought iron. 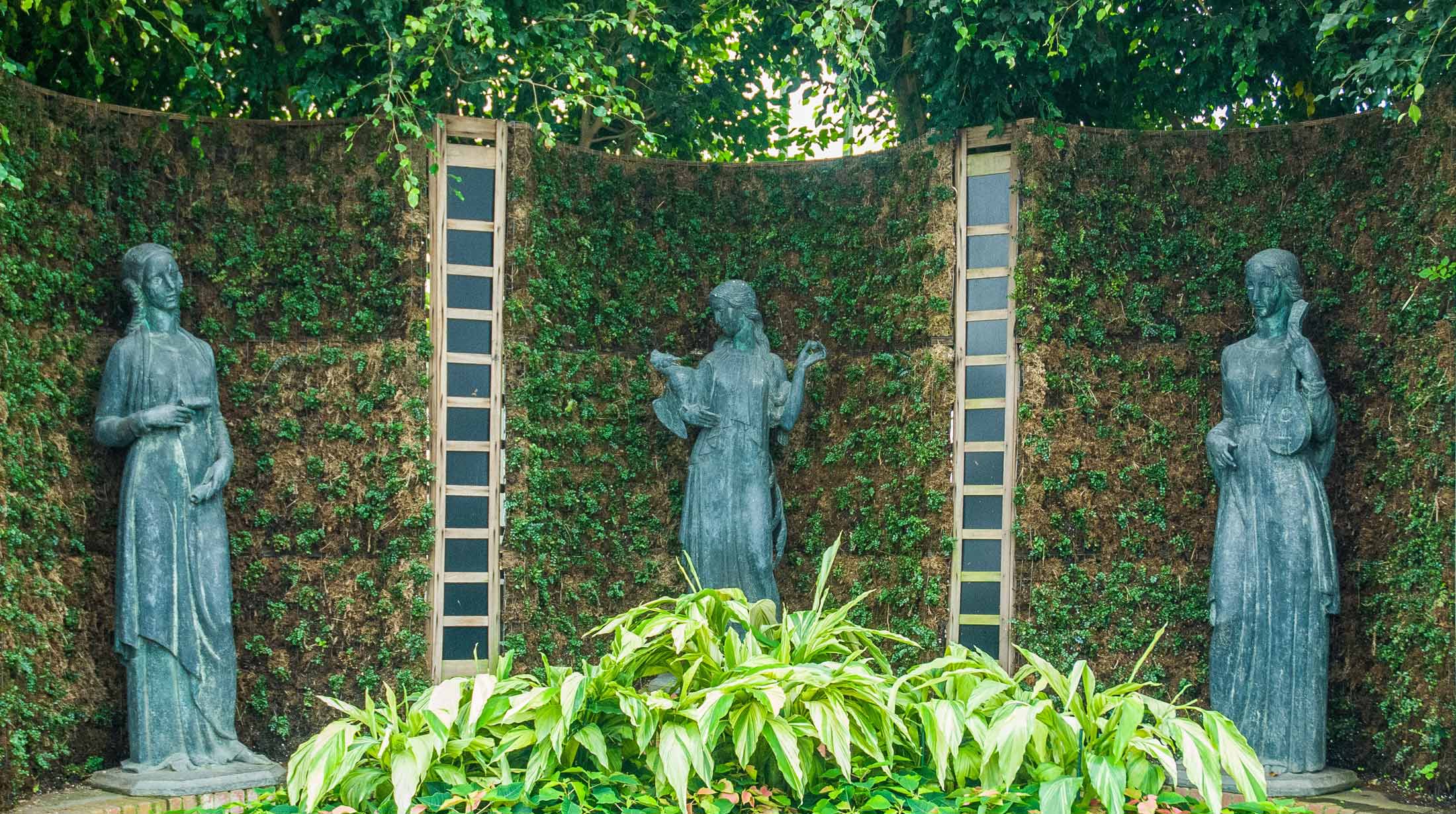 These three bronze sculptures that line the back wall of our Broderie Room were created by Edmond Amateis and given to Phipps by Richard Scaife from the Mellon Estate in Rolling Rock, Pa. These statues were originally in the garden of the Mellon House in what is now Mellon Park, the location of Phipps Garden Center. 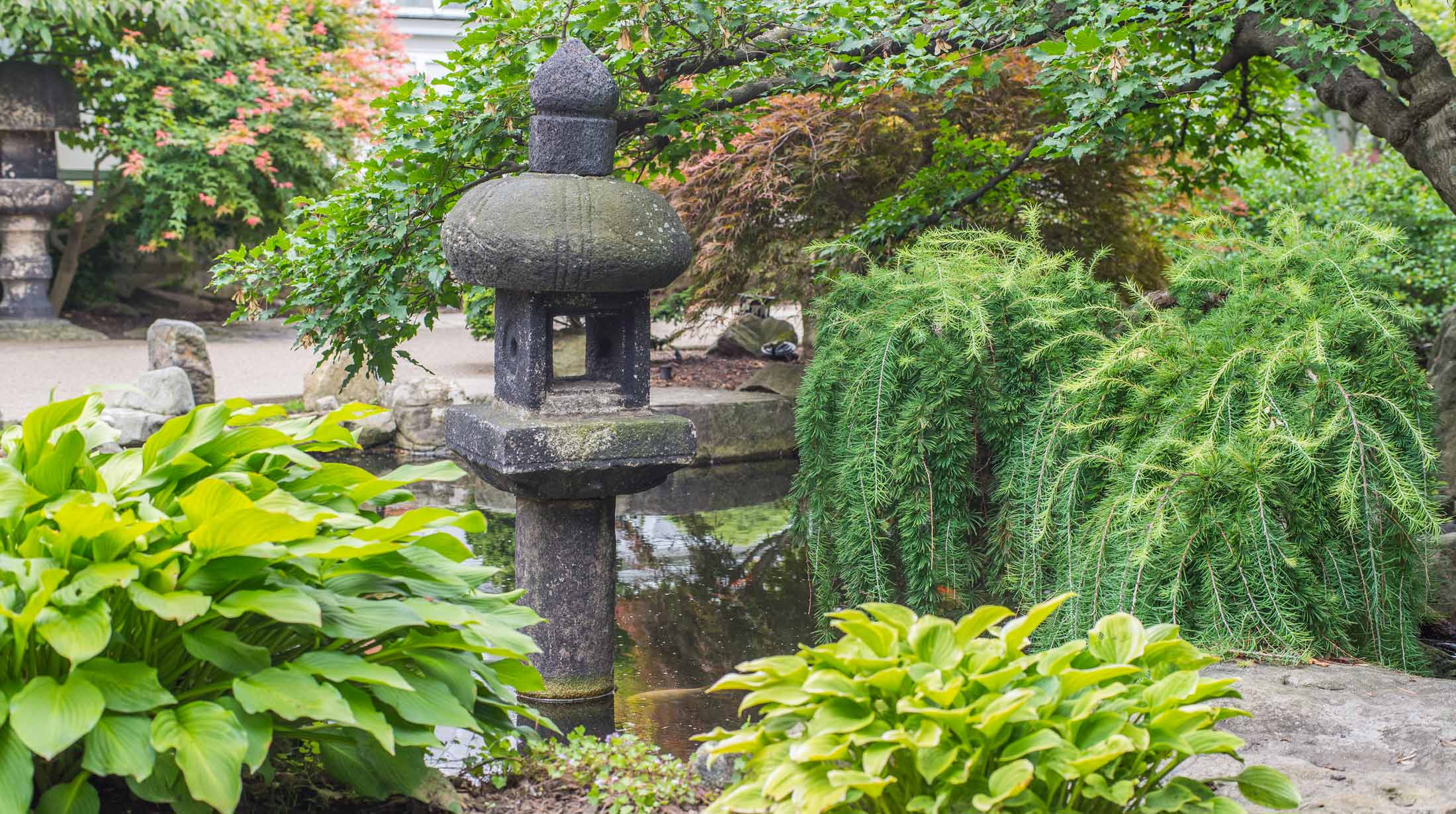 Our Japanese Garden, designed by Hoichi Kurisu in 1991, features a limestone pagoda, stone urn with cover and two stone lanterns, one of which is pictured here. All of these beautiful pieces were given to Phipps in 1970 by James N. Spear, who had once displayed them in the garden of his family's estate on Northumberland Street in the Squirrel Hill neighborhood of Pittsburgh. 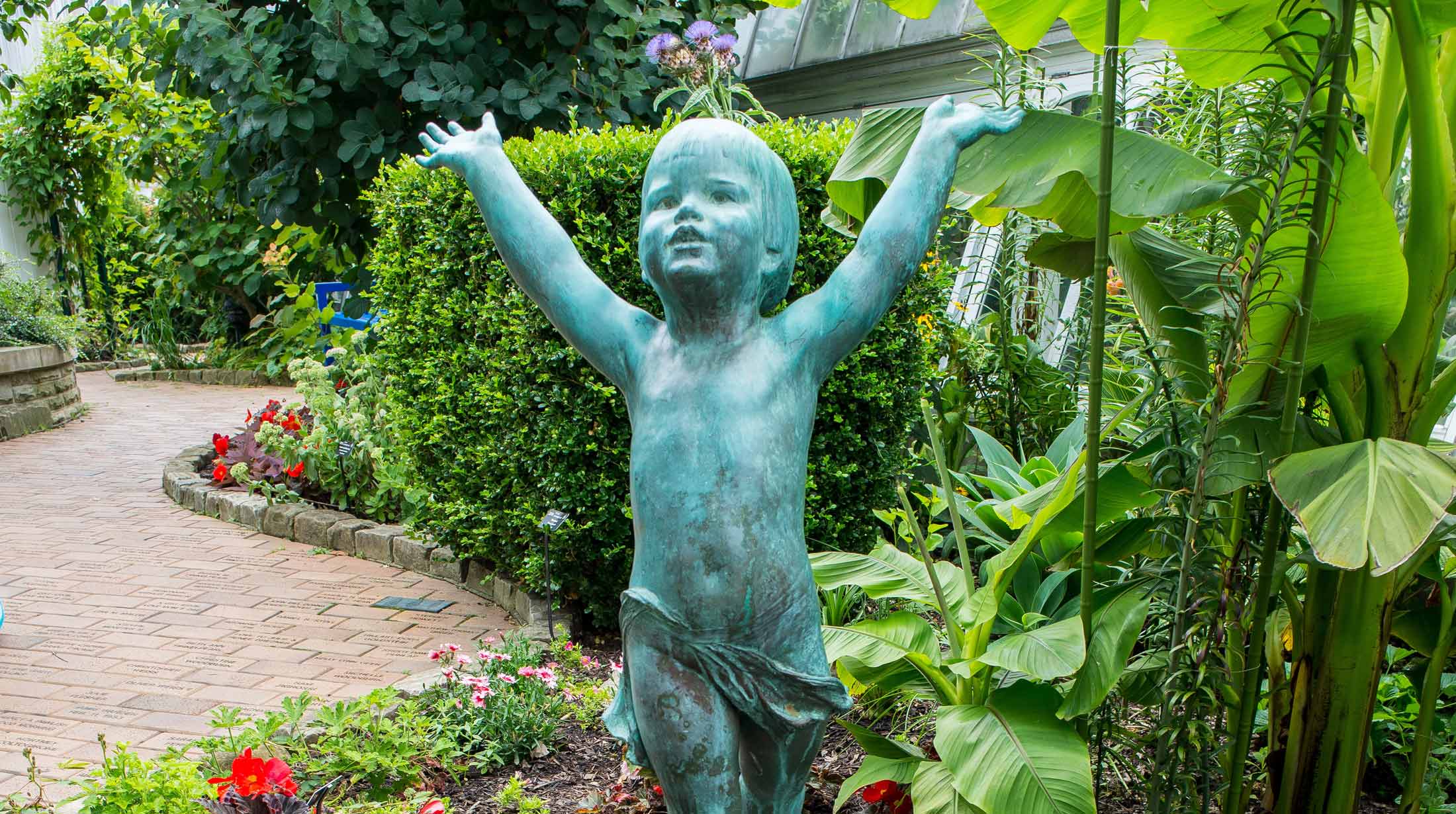 "Joyous Boy," also known as the "Teddy Bear Statue," was sculpted in 1923 by Geneva Mercer. Commissioned by Mr. and Mrs. W. Henry R. Hilliard, the piece depicts their grandson Harry Hilliard at age 2. Harry’s statue stood in his grandparents’ South Homewood Avenue garden until Harry and his wife Anne moved it to their own garden in suburban Boston and next to Casco Bay, Maine. In 2004, “Joyous Boy” returned to Pittsburgh when it was presented as a gift to Phipps by the Hillman Foundation and Anne and Harry Hilliard. It can be found in our Discovery Garden. 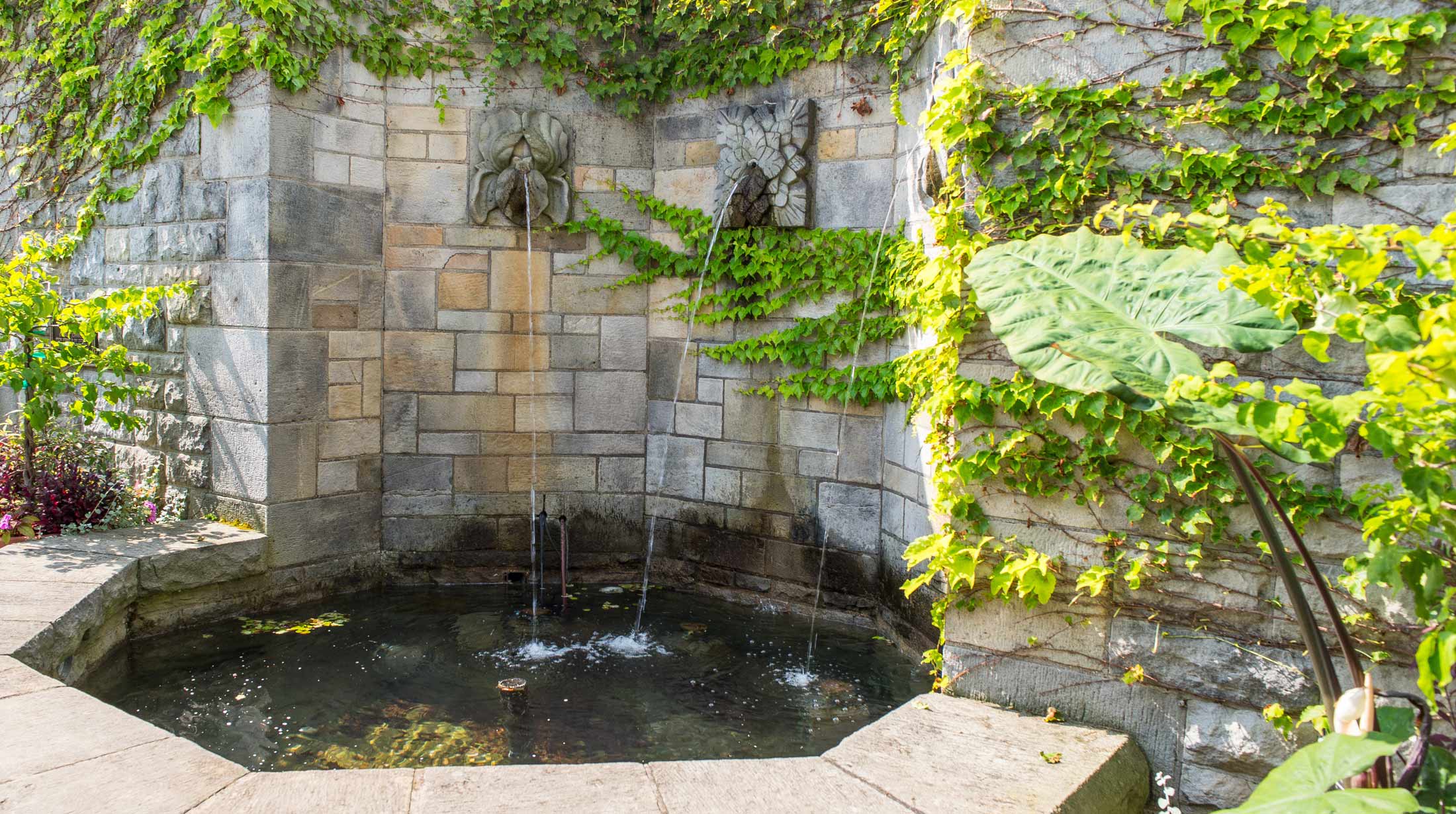 Our Outdoor Garden, designed by Ralph Griswold between 1935 and 1936, was renovated in 1987 by the Garden Club of Allegheny in collaboration with Phipps and the City of Pittsburgh. At this time, the Stewart Johnston Memorial Fountain, featuring three stone irises to commemorate its namesake's passion for these beautiful flowers, was added at the end of the main walkway. 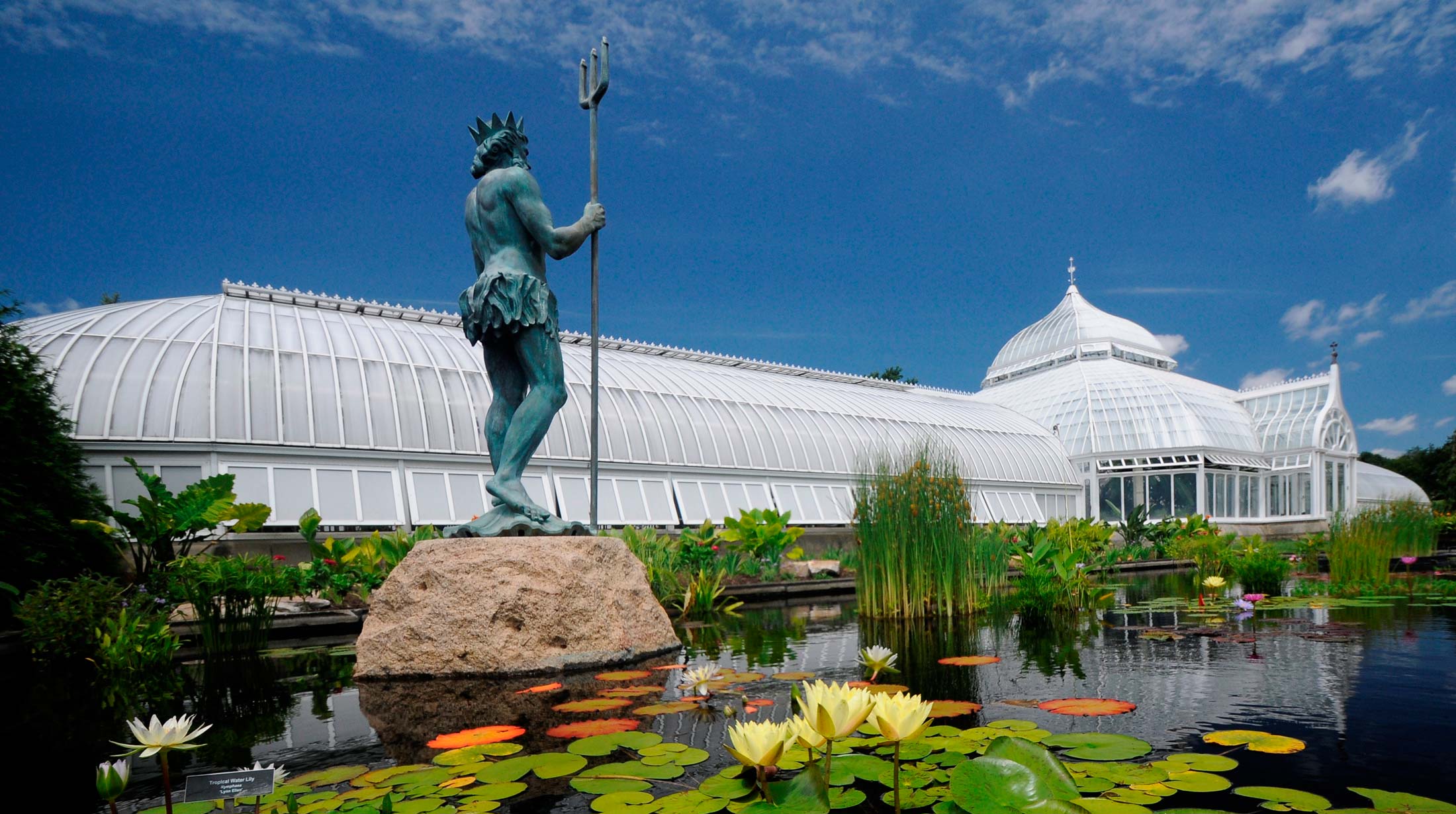 This Neptune statue originally stood guard over a pond created in 1893 at the entrance of the Conservatory. It was later relocated to Pittsburgh's Highland Park, where it fell into disrepair and was eventually placed into storage. In 1996, through the efforts of Phipps volunteers and funds from the Mary Reed Sutton estate, the statue was restored and situated in our Aquatic Gardens. 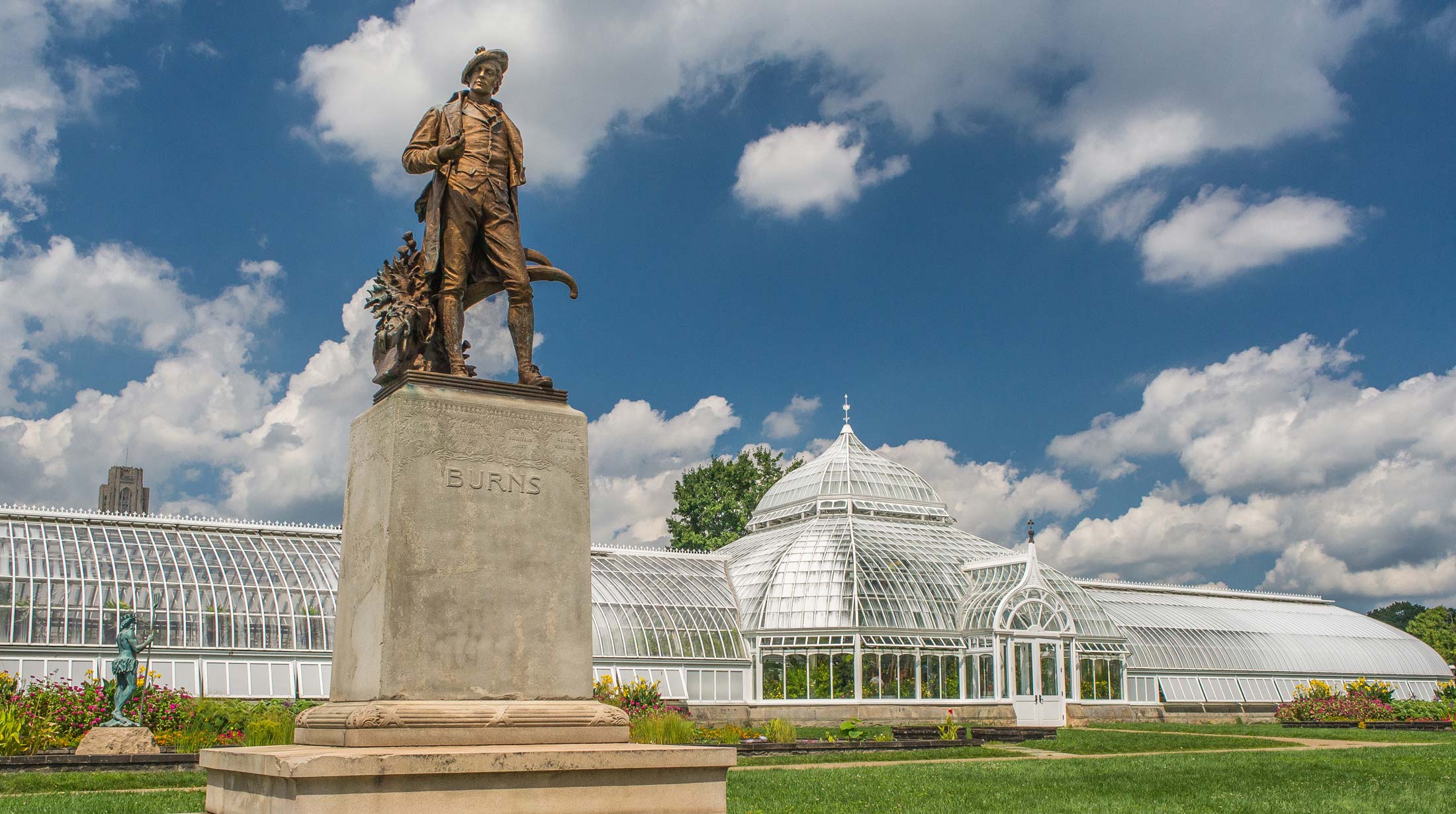 This statue of Scottish poet Robert Burns also stands near the Aquatic Gardens. Unveiled in 1914, it was a gift from Andrew Carnegie (a fan of Burns) and seven of his friends. 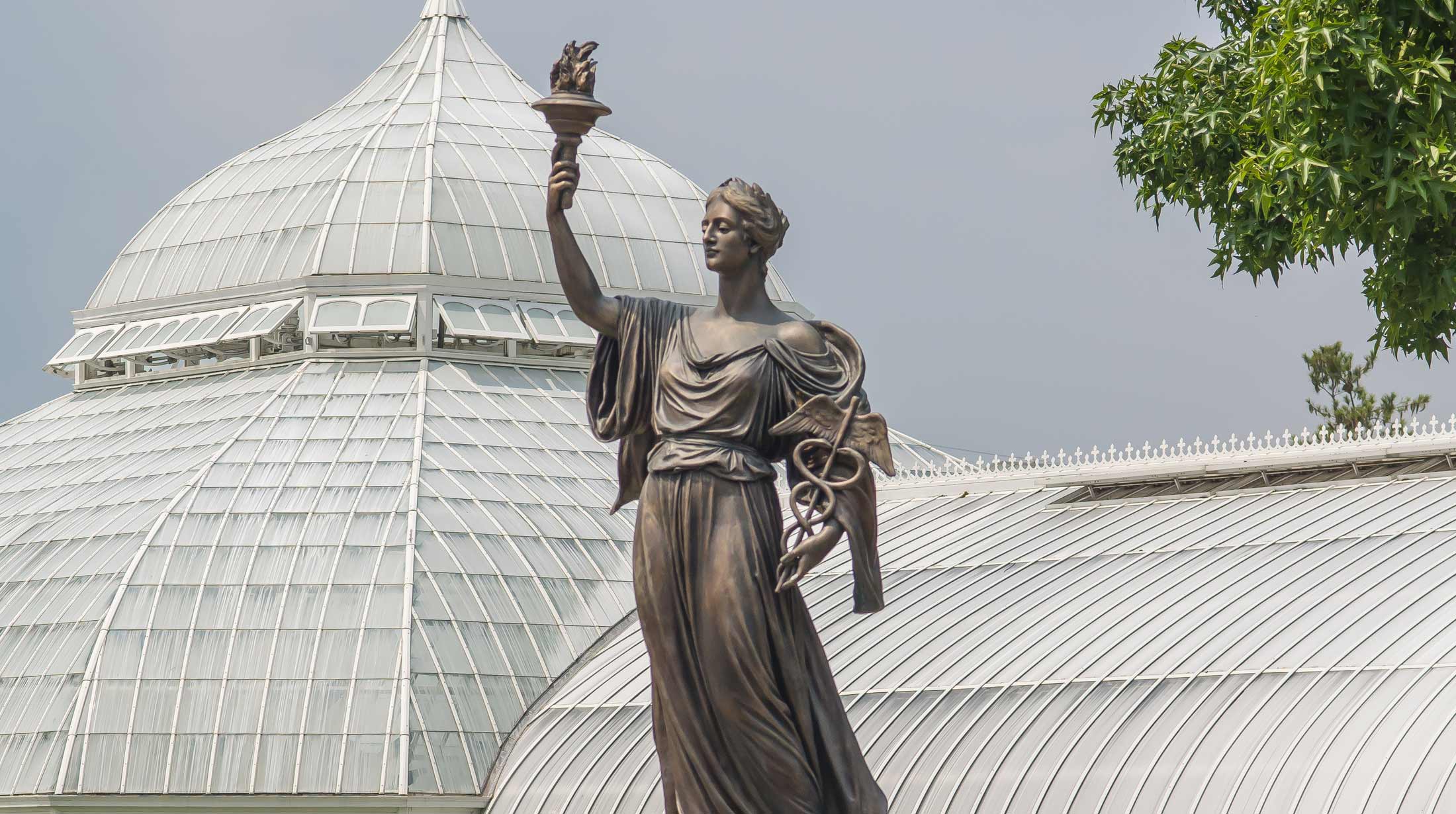 This statue of Hygeia, daughter of the Greek god of medicine, was placed near the Aquatic Gardens by the Allegheny County Medical Society to honor their members who served in World War I. It was restored in 1993.