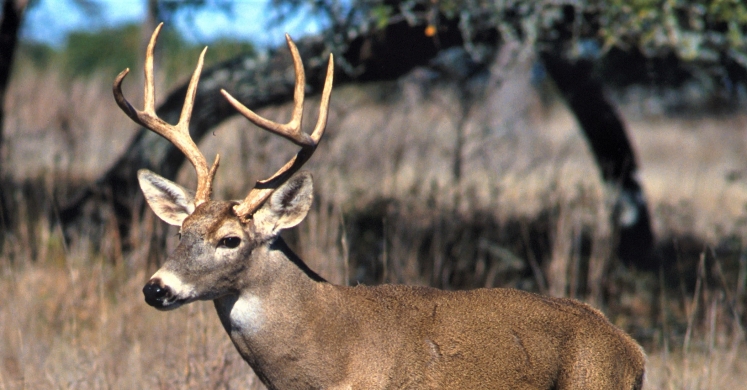 When we picture our local white-tailed deer, one classic image is a buck with large, stately antlers. Antlers are often an indicator of quality – the male’s way of saying he would produce healthy offspring. They also are a way to compete with other males, whether it’s for territory or access to females. The biology behind antlers, though, is fascinating in itself; and since our white-tailed deer will start dropping their own antlers soon (why? read on!), this seems a perfect time to explore the concept!

Before we go too far, let’s make sure we are on the same page about antlers versus horns. Antlers are bony projections that fall off (cast) seasonally and grow back later that year. They are usually branched; and with few exceptions, they normally are only grown by males. Horns, on the other hand, are also bony projections, but they are not branched and they are covered in a sheath made of keratin – the same material as your hair and fingernails. In contrast to antlers, horns do not fall off every year, though they may continue to grow throughout the animal’s life, but if horns are broken, they will not grow back. Horns are often found on both the male and female of a species. Thinking of familiar species, you can now equate antlers with moose, deer and reindeer and horns with goats, sheep and bison.

Here in Pennsylvania, our white-tailed deer bucks begin their annual antler shedding anytime between now and early spring. Their next set of antlers will then begin growing in late spring, and as the antlers develop, they have a fuzzy velvet appearance and receive a steady blood supply to support growth. As fall approaches, though, the body cuts off the blood supply and the velvet falls (or is scraped off) to reveal hardened antlers. Males then use the antlers through the rut for dominance displays and to compete against other males for access to females. This antler growth cycle repeats every year, and with each subsequent year, the antlers will grow back larger until the deer are around 5-7 years old—this seems to be peak age for antler growth.

As a fun little antler tidbit, reindeer are a notable exception to the only-males-have-antlers rule. Females also annually grow and shed antlers just like the males. Why this exception? It has been a debated topic among scientists who focus on ungulates, but one prominent hypothesis is that antlers help females in the midst of what is called interference competition – literally competing against other individuals who “interfere” in the quest for resources. A recent study noted that all reindeer—both males and females—often have to deal with deep snow seasonally, which requires some digging through packed snow and ice to reach their grazing vegetation on the ground. This digging is energetically costly, but the antlers seem to help defending access to these hard-to-reach food sources. 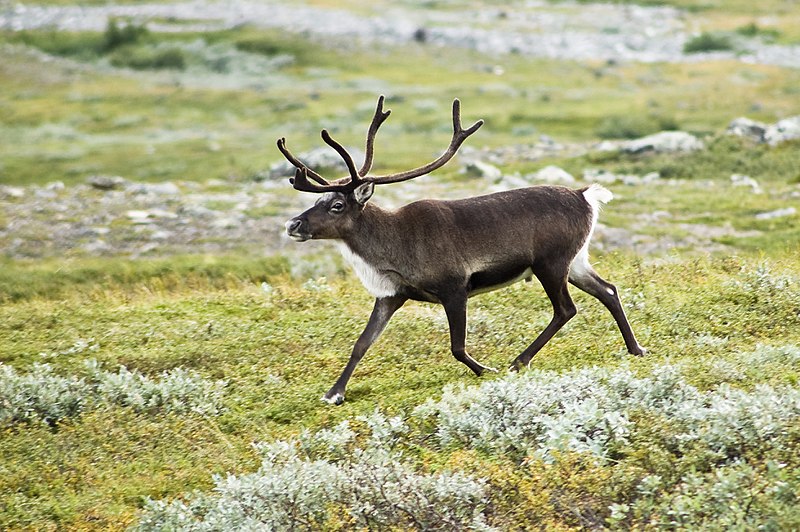 It’s amazing to think animals with antlers go through this energetically costly process every year, but on the other hand, it’s a way to avoid the possibility of broken horns for life. Nature certainly is wild!

Connecting to the Outdoors Tip: My two favorite sayings about exploring in nature are "Take nothing but pictures" and "Leave no trace." That said, if you find shed antlers, you are legally welcome to keep them. However, it is illegal to take antlers from a deer, even if he is near casting his antlers, and keeping antlers that are still attached to a skull (such as old roadkill) is not legal. Check out the Game Commission's page for details.

Continue the Conversation: Share your nature discoveries with our community by posting to Twitter and Instagram with hashtag #bioPGH, and R.S.V.P. to attend our next Biophilia: Pittsburgh meeting

Loe et al: Antler growth as a cost of reproduction in female reindeer