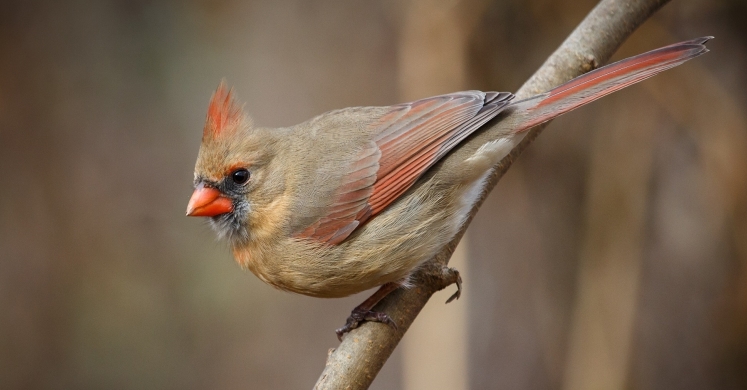 Outside the kitchen window, the sun was rising over the snowy, tree-covered hillsides — streaks of pink light contrasting with the blue-tinted shadows of the early morning. Inside that kitchen in Hampton Township, just north of Pittsburgh’s downtown, a group of seven gulped down the last of their coffees and hot chocolates and began wrapping up in scarves, hats, and thick gloves. Dr. Brady Porter of Duquesne University finished marking down information on a data sheet. The sun was up; it was time to get started! At the same time, in the surrounding neighborhoods—and indeed across the US and Canada — other small groups of scientists, naturalists, outdoor enthusiasts and curious first-time participants were similarly prepping for their own version of the same adventure: taking part in one of the Audubon Society’s annual early winter bird counts.

What bird counts are these? one might ask. They are an invaluable tradition of citizen science! Every year, regional Audubon Society chapters across North America coordinate hundreds of community-level birding events, dubbed the Christmas Bird Count or simply the CBC, between the days of December 14 and January 5.  As these are volunteer-driven events, community members, even those with no experience in birding, are encouraged to participate alongside experienced individuals as they monitor birds in rural, suburban, and even urban areas. The goal of these bird counts is simple: document every bird that you see. First begun in 1900, these bird counts have become the longest running citizen science efforts in the country, and they have produced over a century’s worth of data on bird activity to show for it.

If we go back to that kitchen in Hampton Township, during the early morning of this past New Year’s Eve, Dr. Porter was preparing to lead his tenth bird count in that neighborhood (he also has led a count in Buffalo Creek Township for eleven years.) When asked about his decade of experience, he notes:

“When you bird the same route each year, you start to expect to see particular species in certain places and habitats, and it is always rewarding when you can predict what you are about to see just before you see it.”

This year’s count through Hampton led to the observation of 598 birds, representing 27 different overwintering species. A few of the more prevalent species on the route this year included crows, chickadees, sparrows, blue jays, tufted titmice, and nuthatches. However, what is truly impressive is not the individual count results themselves, but rather it is the long-term monitoring data that has been compiled from the thousands of counts that have occurred over the decades.

“Collectively, the National Audubon Society has used the compiled data to discover impacts of climate change through northward shifting ranges of wintering bird species. It is also a good time to monitor the relative population sizes of a number of resident and overwintering species,” says Porter. In fact, both the Environmental Protection Agency and U.S. Fish and Wildlife Service have used data from these annual bird counts when assessing conservation needs and the effects of climate change. In addition, the available data from the CBC are often used as a resource in scientific publications. To be involved in one of these bird counts is to participate in great science!

For Porter, though, leading the bird count is about more than just the science. It’s an effort that combines a legacy and a hope for posterity.

“I think everyone that participates on a CBC gains a greater appreciation for wildlife around their home, the importance of green-spaces and varied habitats to bird diversity and the joy of discovery that comes with seeing each new species…My undergraduate mentor, Dr. Jed Burtt, who passed away last April, introduced me and a great number of biology students from Ohio Wesleyan University on our first CBC around Delaware, Ohio. I enjoy passing on this tradition to my students and hope they enjoy it as much as I do.”

Dr. Brady Porter (far left) talks to the group about a bird call they just heard.

Connecting to the Outdoors Tip: This weekend, the Succop Reserve is hosting a final family bird count for all ages. And learn more about how to take part in next year’s edition of a fantastic citizen science effort!