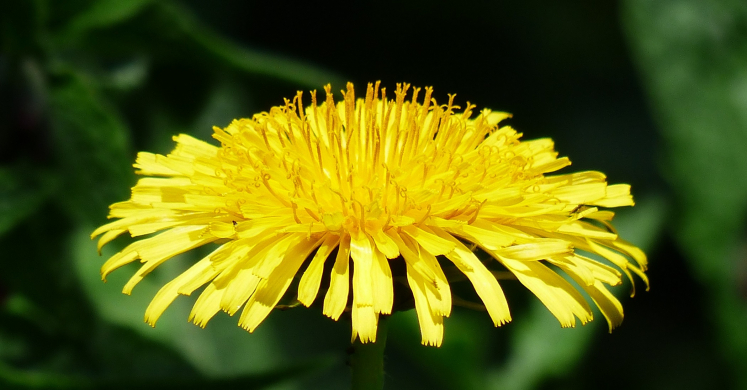 Have you ever walked across a grassy space in mid-March and noticed what looks like an early-blooming dandelion? Perhaps as you looked more closely, it looked like a dandelion, but just not quite right? What you might have actually spied was coltsfoot — another Eurasian flower that blooms before many of our local native wildflowers here in North America. Let’s check out a few ways to tell the difference!

The common dandelion (Taraxacum officinale) that we might see in abundance in yards and fields was originally a Eurasian plant brought to the US by colonists in the mid-seventeenth century. It is now considered naturalized because it so ubiquitous across North America. If we look closely at dandelions, the dandelion “flower” is an inflorescence like other members of Asteraceae; however rather than ray florets or disc florets, the dandelion inflorescence is made of ligulate florets – tiny complete flowers with both carpels and stamen. 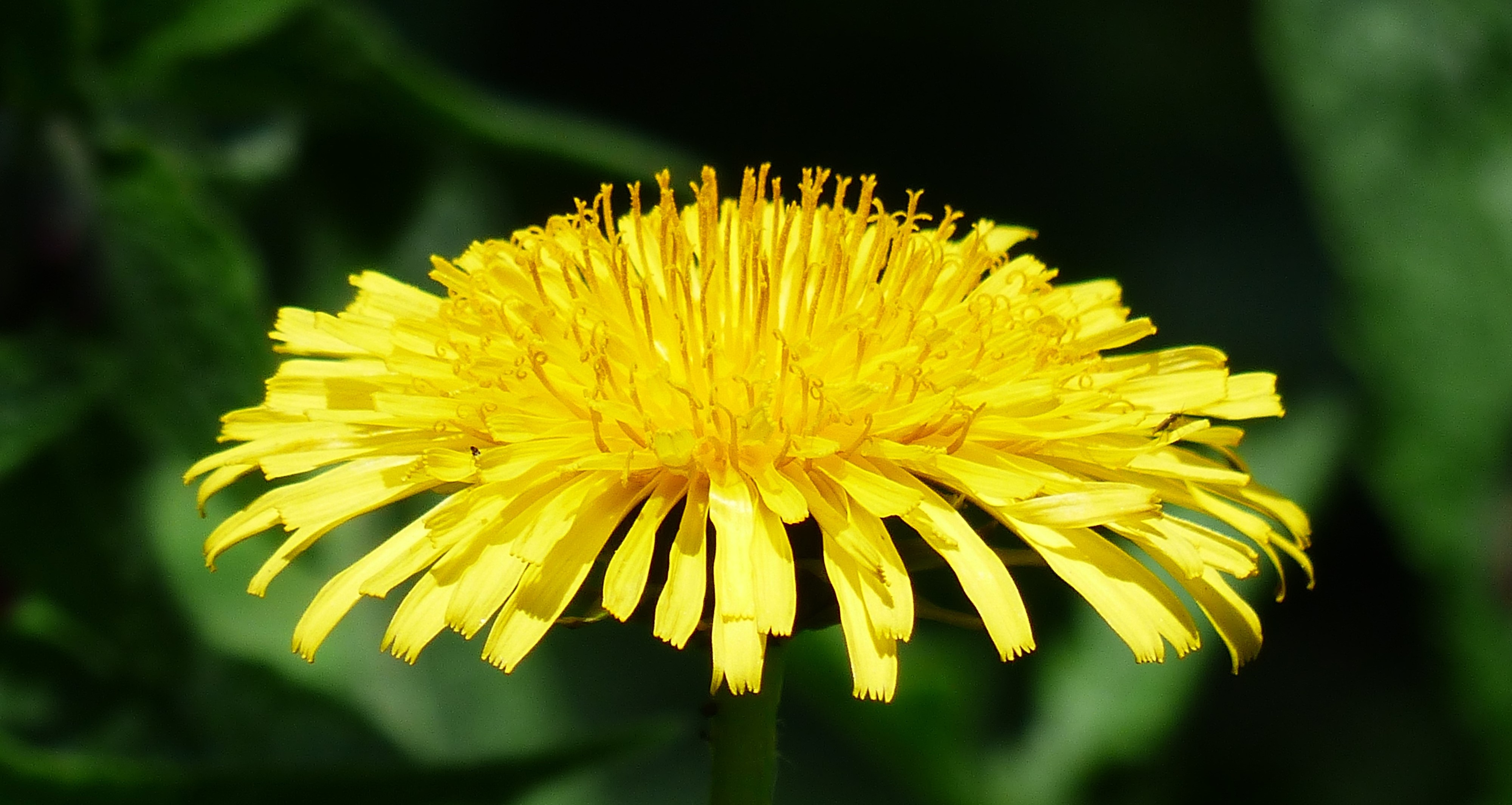 I should add, even though the dandelions that we are most familiar with are originally Eurasian, the US actually has a few of our own native dandelions, like the California dandelion or the Horned dandelion. We in Pennsylvania are unlikely to see either species without traveling, though, since they tend to be found in arid or montane habitats further north into Canada and out west rather than eastern temperate areas.

Coltsfoot (Tussilago farfara), on the other hand, blooms earlier in the spring than dandelions (already blooming!), and the flowers can be distinguished by the presence of obvious disk florets and ray florets. The stem also has small leaves growing along the side of it rather than appearing smooth like dandelions. Coltsfoot also blooms before the leaves have grown out for the year, and their stems are covered in tiny bract-like, scaly leaves. 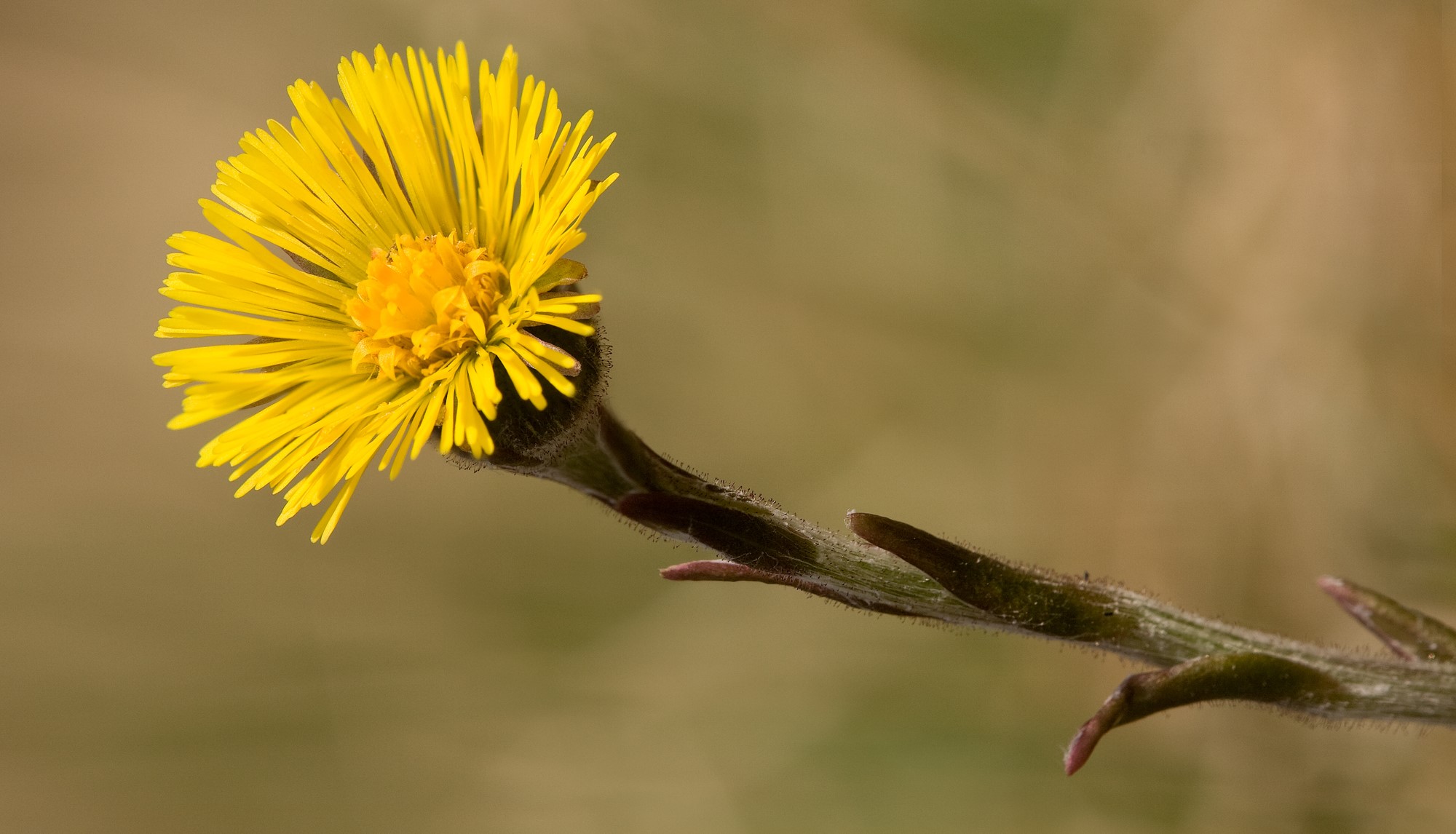 It’s worth noting that the US has another plant that is easily confused with dandelions — the catsear (Hypochaeris radicata, also called cat’s-ear or false dandelion). This plant looks like a long-stemmed dandelion, but there are a few key differences. First, the leaves have a similar toothy design as dandelions, but the catsear leaves are much broader. Another key way to tell the difference is the position of the phyllaries, tiny leaf-like bracts, on the underside of the flowers. On catsears, the phyllaries lay flat against the stem and underside of the flower, but dandelion phyllaries curl under.

So keep a close eye out the next time you’re outdoors exploring! Nature has a way of surprising us all in unexpected ways. And while we’re thinking about dandelions, check out this cool time lapse video of a dandelion blooming and seeding.

Connecting to the Outdoors Tip: Spring is making its way to Pittsburgh! As the season changes, try visiting the same spot - maybe your favorite park or other green space - at the same time of day a few weeks apart at time. Take pictures from the same vantage point, and then compare how your view changes!