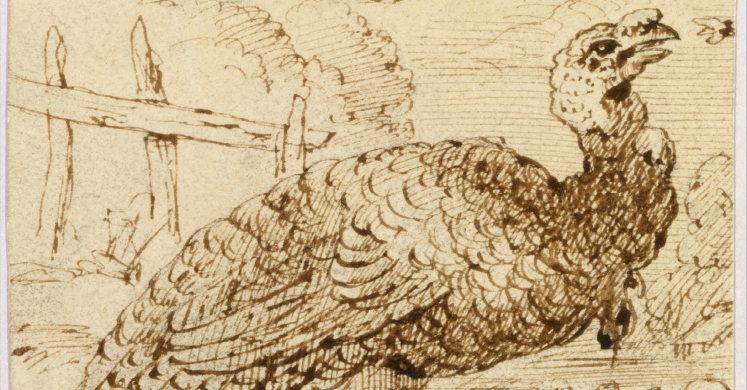 With next week’s holiday nearly upon us, the bird word of the hour is surely “turkey!” Beyond the large bird’s traditional appearance at Thanksgiving dinner, our wild turkey counterpart is notable for another reason: by the early twentieth century, wild turkeys were nearly extinct in North America. The recovery story of these birds is considered a great conservation success, but perhaps it’s a bit less well-known than its legacy as a Thanksgiving staple. Let’s explore this bird and its story, shall we? 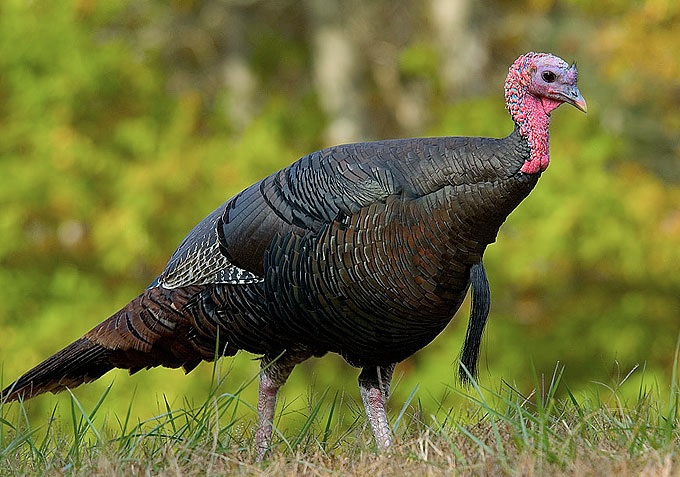 Wild turkeys (Meleagris gallopovo) are large members of the Galliformes order of birds (chickens, grouse, pheasants, peafowl, etc.), and they have wide-ranging distribution across the Lower 48 states. Absent only from the most extreme desert and montane habitats, turkey can be found in varying abundance from Florida to Maine to Washington state to California, and almost everywhere in between. Girthy birds (or should I say, girthy galliforms!), they can weigh anywhere between 5 and 25 pounds, with males weighing more than females. And even though they can fly, they tend to spend their days on the ground and roost in trees at night.

Like many other game species in North America, turkeys have quite a conservation backstory after facing a severe population decline as a result of overhunting and habitat loss. In the 1920s-30s, the US turkey population hit its lowest point, with roughly only 30,000 individuals across the country, and the bird was extirpated (locally extinct) from 18 states. The Pennsylvania Game Commission estimates that during this time, approximately 3000 birds lived in portions of Pennsylvania, protected by rugged, inaccessible terrain in a few parts of the state.

To remedy this decline, some of the early management strategies included unsuccessful attempts to release farm-raised turkeys into the wild. Though multiple states released numerous birds from their respective game farms, follow-up surveys indicated the reintroduced farm birds didn’t establish any significant new populations. Instead, populations of turkey largely rebounded as managed habitat became available to them. In addition, many states conducted a number of conservation translocations — wild birds of stable populations were successfully moved back into parts of their range where they had disappeared. By the 1970’s, the US was again home to over 1.5 million turkeys,and today, the US is home to roughly seven million wild turkeys. Though ornithologists keep an eye on fluctuating regional numbers, overall it's quite a sigh of relief.

Here in Pennsylvania, the Game Commission manages their population and their habitat, plus regulates hunting to ensure that we don’t overexploit these birds again. Considering how often we Pittsburghers might spot turkeys around the city, it seems strange to think that at one point, we were so close to losing these birds from the wild; but it’s an excellent example of the value of habitat restoration and species protection. It also shows that even though we humans are capable of creating messes, we are also entirely capable of working together for solutions that benefit everyone.

Have a Happy Thanksgiving!

NWF - Turkeys! A Success Story That’s Nothing to Gobble At

Audubon - Wild Turkey on the Rocks?