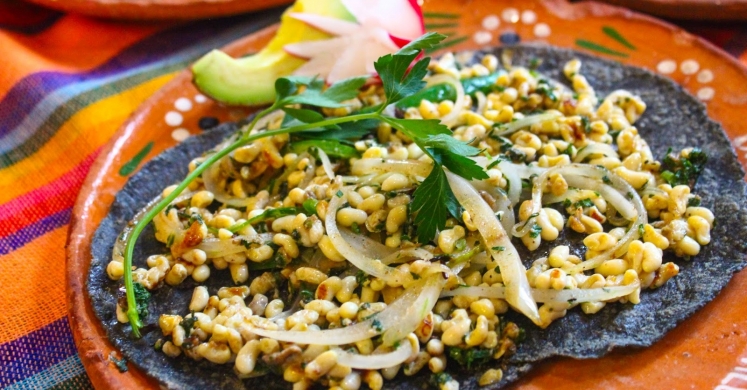 Have you ever wondered what people from other countries eat? Do you consider yourself to be an adventurous eater? There’s an entire world of pungent, bizarre, fantastically tasty foods out there that promise to provoke your palate.1 Interestingly, each of these foods have a strong religious, socio-cultural or historical connection, which make them even more fascinating! Let’s delve into some of these intriguing eats from across the globe. 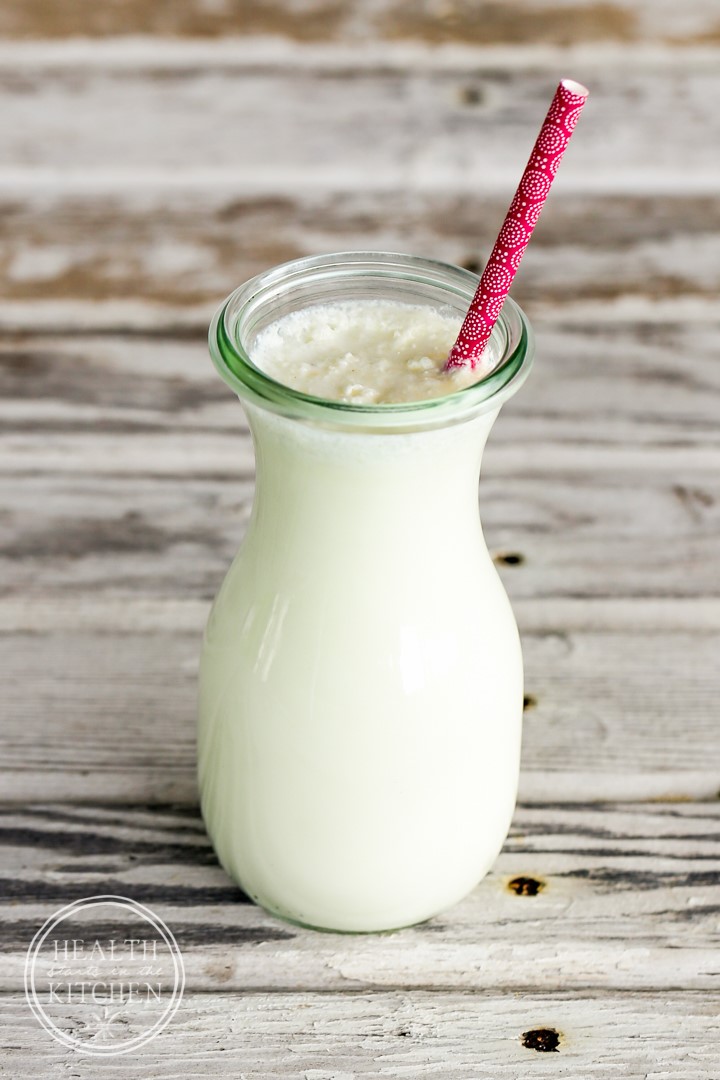 Referred to as the champagne of milk, kefir is a fermented milk-product that offers a tart, yogurt-like flavor with a hint of effervescence. The nutrient and pro-biotic-packed drink contains 30+ strains of beneficial bacteria that are said to fight against tumor growth, bacterial infections, and carcinogen accumulation. Most popular in Russia, the beverage is made by combining milk (or coconut water) with beneficial bacteria and allowing the mixture to thicken. This results in a slightly tangy yet creamy and refreshing milk-product that can be enjoyed on its own or incorporated into recipes. Click here to learn more about the benefits and uses of kefir. 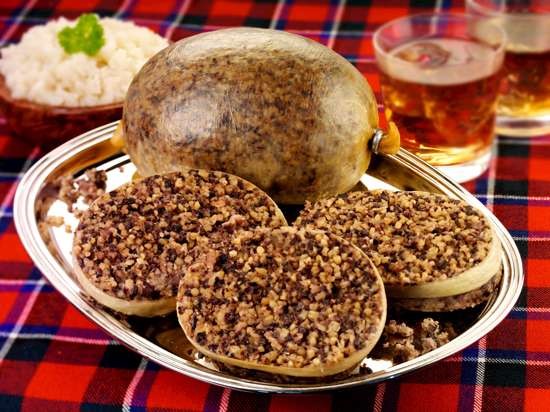 Haggis is Scotland’s national dish and is the crowning glory of a traditional Burns supper. It is primarily made from minced sheep heart, liver, and lungs. The organ meats are first mixed with onions, oatmeal, suet, and spices to make a savory ‘pudding’. The pudding is then stuffed inside a sheep’s stomach, baked, and conventionally served with ‘neeps and tatties’ (mashed turnips and potatoes). Once finished, it is described as having a moist texture and a rustic yet spicy flavor. Click here to learn more about this Scot classic. 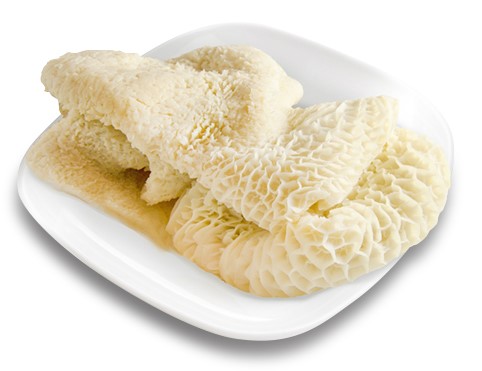 Tripe is the edible stomach lining of various animals, including: cow, sheep, goat, and deer. Before the delicacy is consumed, it must be properly ‘dressed’, which is the process of boiling and bleaching the tripe until it adopts a sponge-like, honeycomb texture. The stomach itself is said to taste rather bland but has been ‘revamped’ to fit many different cultures. Italians enjoy Trippa ala Fiorentina (tripe with red sauce), the French created Andouille sausage, and Peruvians make Cau Cau (tripe stew with vegetables, flavored with mint). Visit this link find out how other countries use tripe. 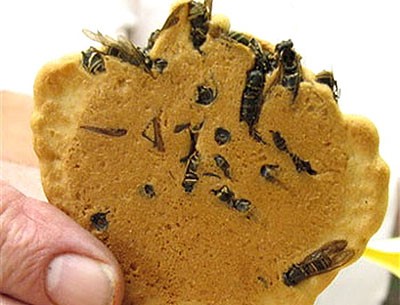 You guessed right – it’s a Japanese-style rice cracker filled with wasps. The senbei cracker contains Kurosuzume Bachi or ‘digger wasps’ which are farmed in central Japan for human consumption. The crackers are sold on Japanese street corners and are marketed for their taste and added protein. The cracker’s texture is said to mirror that of a chocolate chip cookie while the wasp’s flavor is said to mimic acidic raisins. Click here to read about a tourists’ take on the Asian delicacy. 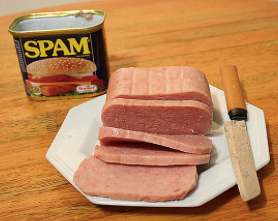 Ah, SPAM: the infamous American mystery meat! It became popular in the early 1940’s as an inexpensive, convenient way to feed the soldiers who fought in World War II. While no one knows for certain how SPAM got its name, some suggest that it’s an acronym for “special processed american meat’; still others believe that its name was derived from the words ’spiced ham’. Regardless of its story, the pork based-product has accrued a stable fan-base, as it was even featured in a McDonald’s special called the ‘SPAM, Eggs, and Rice Platter.’ Click here to learn more about the history and uses of SPAM. 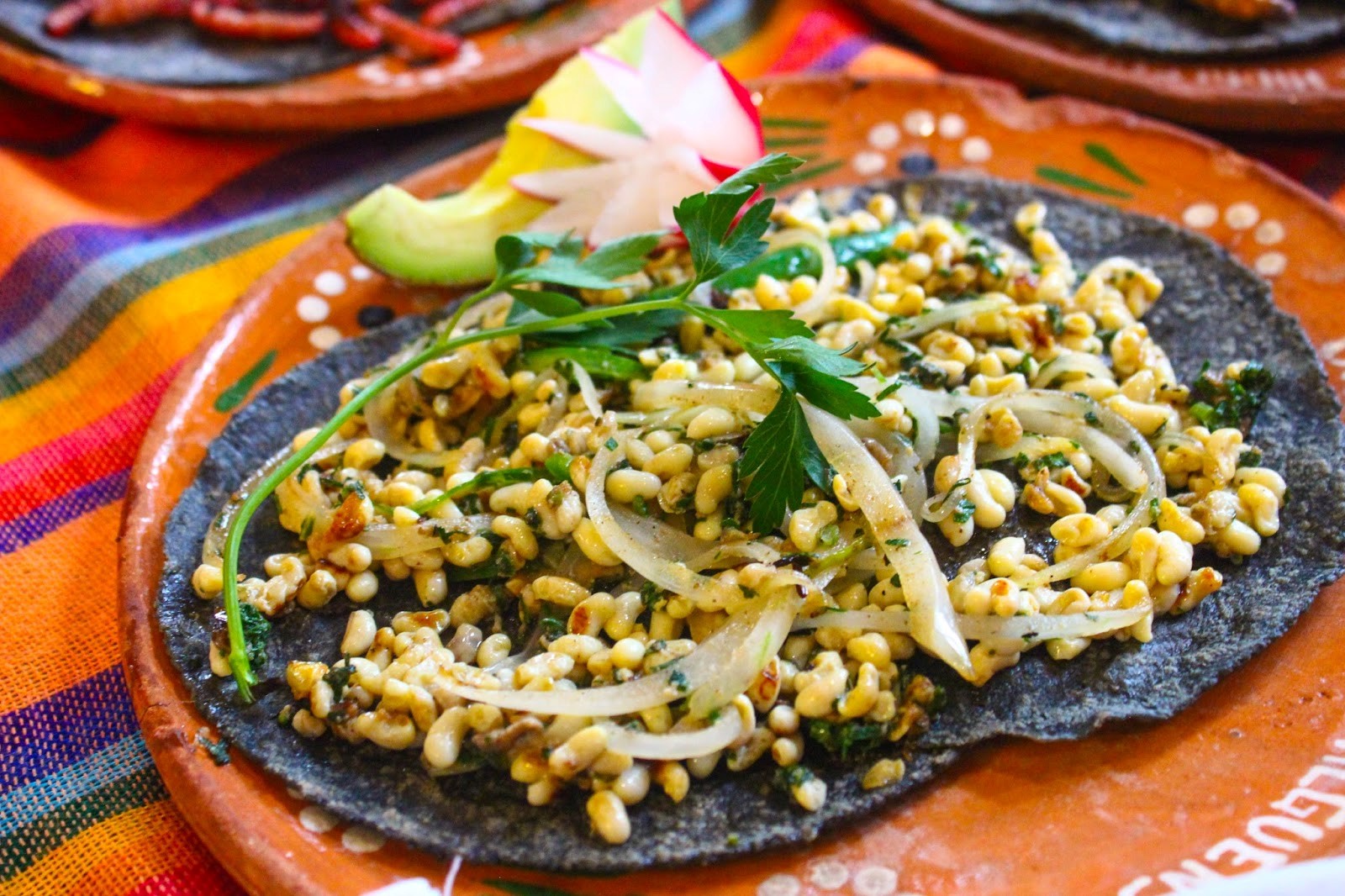 Also known as ‘desert’ or ‘insect’ caviar, escamols are the edible larvae and pupae of velvety tree ants. The larva resembles pine nuts or corn kernels and is said to have a nutty, buttery flavor and a cottage cheese-like mouth feel. These prized eggs are gathered by Escamoleros, specialized farmers who harvest the larvae from underground nests, which are located along the roots of tequila plants. The collecting season for the eggs is exclusive to February through April, making them a rare yet relished treat. In fact, one kilogram of escamols can be sold for as much as $100 in central Mexico. Follow this link to find out more about how escamols are prepared.

Really this one is very interesting and informative post. Keep writing and sharing valuable information with us.
Visit Website