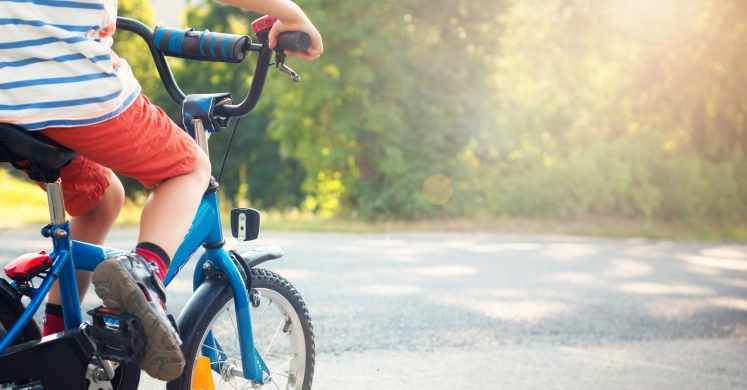 Health in Motion: Pittsburgh Faison at the Wheel Mill

Scott Mandarino is the Health and Physical Education Teacher at Pittsburgh Faison, a 2014 and 2015 Champion Schools award winner.

Our elementary school is located just a few blocks from Pittsburgh’s first indoor bike park, the Wheel Mill. During the last few weeks of the school year, a group of students, a parent and I rode our bikes there from Faison to begin a five session bike camp. Before we left the building, there was work to be done, students were fitted to the proper bike size and helmet, as well as instructed on how to ride our bikes safely in the street. I taught them the proper hand signals for turning and stopping, along with the importance of riding in a single file line. Since we were riding on the city streets, students also needed to be aware of parked cars and the danger they can present when someone opens their car door. Next I took them through a simple but important bike safety check, in which we inspected our tires for the proper inflation, squeezed our brakes to make sure they were working, spun the wheels to make sure they weren’t bent, and checked to make sure all parts, including handlebars, were tight. Finally, we were ready to go!

After a short 5 – 10 minute ride, we arrived at 6815 Hamilton Avenue. We were greeted by Wheel Mill owner Harry Geyer, who was also our instructor for the camp. Harry went through the rules and regulations of the Wheel Mill, as well as some introductory skills so that we would be safe and successful. The students were excited as we began riding in the Fundamental Skills area. We spent most of the first day here as students began going up and down the various ramps and features. As the camp went on and their confidence grew, we began exploring other areas of the park, including the Pump Track, the Flow MTB Room and the Beginner Jump Line. Each session improved their skills and confidence as they learned to challenge themselves and try new things. After we arrived back at Faison to close out one of the two-hour sessions, one of the students said, “This was one of the best days I ever had!” Without the generous support from our Let’s Move Champion Schools grant, that statement would not have been possible. I look forward to the fall camp to continue building on our success.