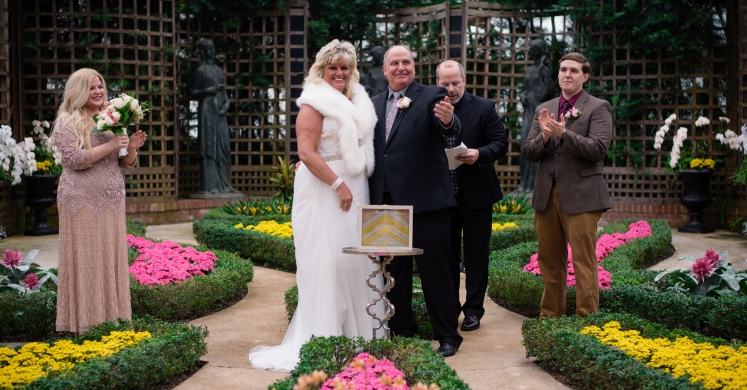 Weddings Under Glass: Cindy and Marty

Cindy and Marty met by chance – their children were friends and after being caught throwing a New Year’s Eve party at Marty’s house, they attempted to smooth things over with each of their parents by setting them up on a blind date. The plan worked! Marty took a chance and called Cindy and the two had their first date on January 1, 2006. Cindy says the two had such a great time and have been together ever since, owing it all to their two misbehaving children.

Marty proposed to Cindy on Christmas Day of 2007. He claimed that he had a special Christmas gift to give Cindy before their families arrived at the house and caught her completely by surprise! He meant to propose on the second anniversary of their meeting but was so excited that he couldn’t wait any longer. Although the two had never discussed the possibility of getting engaged, Cindy was thrilled and happily accepted. Wanting to ensure that their marriage would work for their families, Cindy and Marty agreed that they would have a wedding in the future so that their families would have time to bond with one another. Cindy says, “10 years later and we now have a beautiful, blended family and couldn’t be happier!”

The couple originally wanted to have a destination wedding on a beach, but still wanted to include their parents, so, the pair decided to choose a location in the Pittsburgh area that would work for everyone. Cindy and Marty were thrilled to have their wedding at Phipps after touring the venue and held the ceremony in the Broderie Room on Feb. 10, 2018. Cindy remarks that Phipps was an incredibly beautiful venue, especially for a February in Pittsburgh. Although the wedding party had to trek through the slush outside, Cindy says that once they entered Phipps they were transported into a “flower-filled wonderland,” and recalls their photos as being “colorful and spring-like” despite the weather.

The couple was pleased with the wishing well and statues in the Broderie Room, which created the perfect setting for their wedding photos. Both Cindy and Marty agree that their favorite part of the wedding was being surrounded by their closest family members in a setting that felt like paradise. Cindy describes the moment she entered the room with her son and daughter and saw Marty’s two sons standing by his side. “I could not stop smiling and neither could Marty. We really knew that we had found true happiness together.”

Cindy and Marty spent their honeymoon at Secrets in Riviera Maya in Mexico and loved relaxing on the beautiful beaches. Since their wedding, the couple has been enjoying life together and spending time with their family. The couple has a cabin in Crown, Pennsylvania that they visit on the weekends but also enjoy taking cruises and trips to tropical islands. They hope to continue to see new parts of the world together! 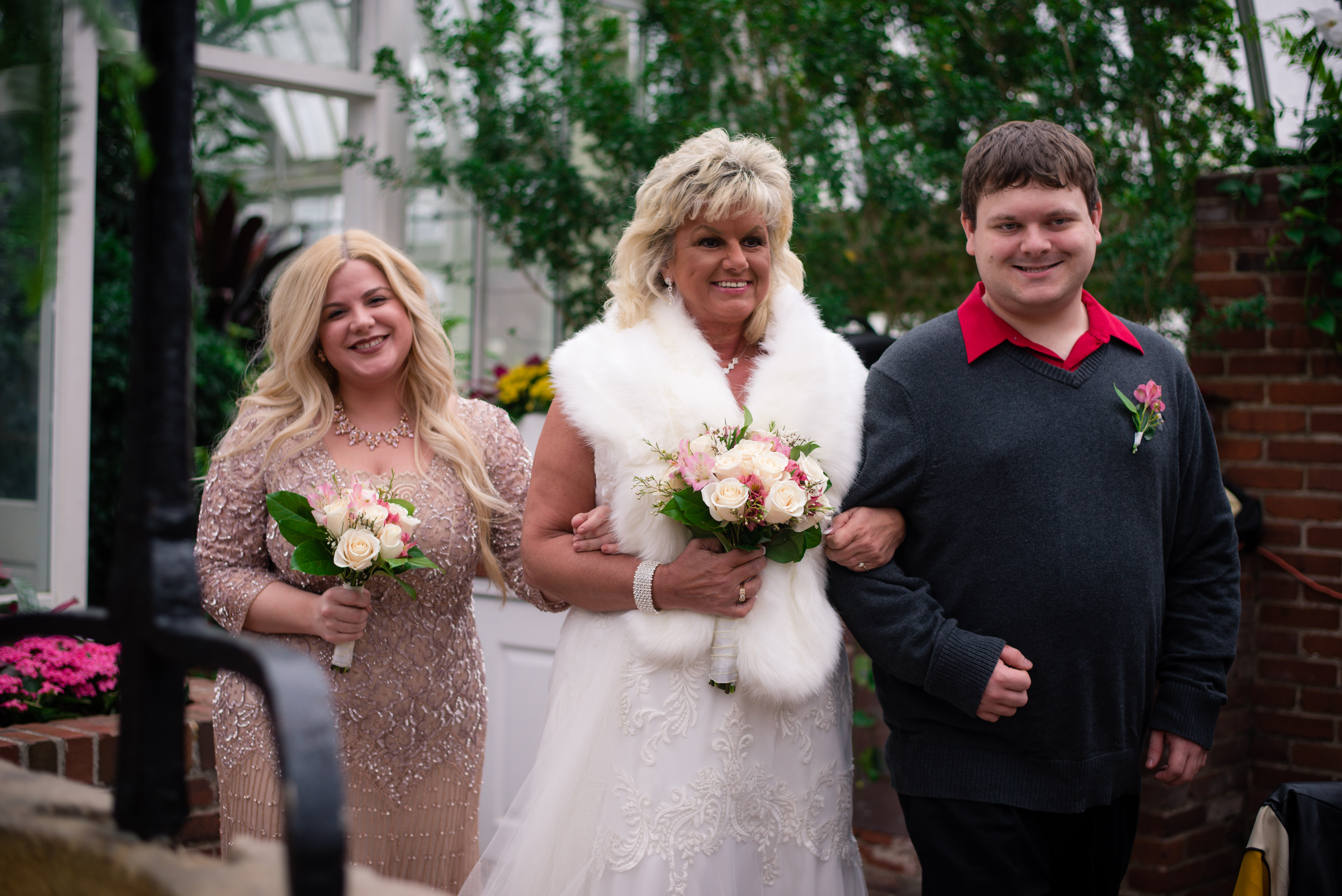 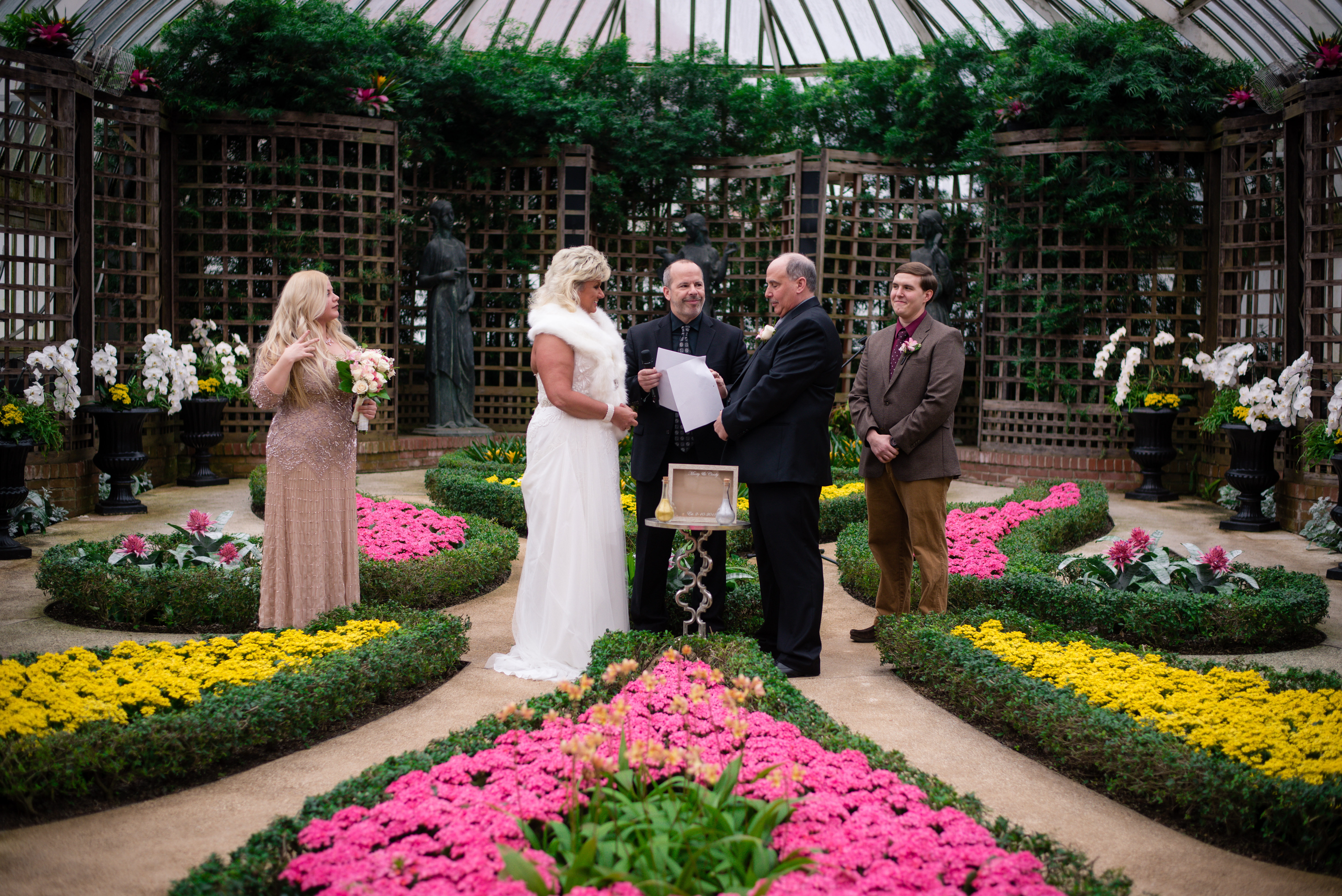 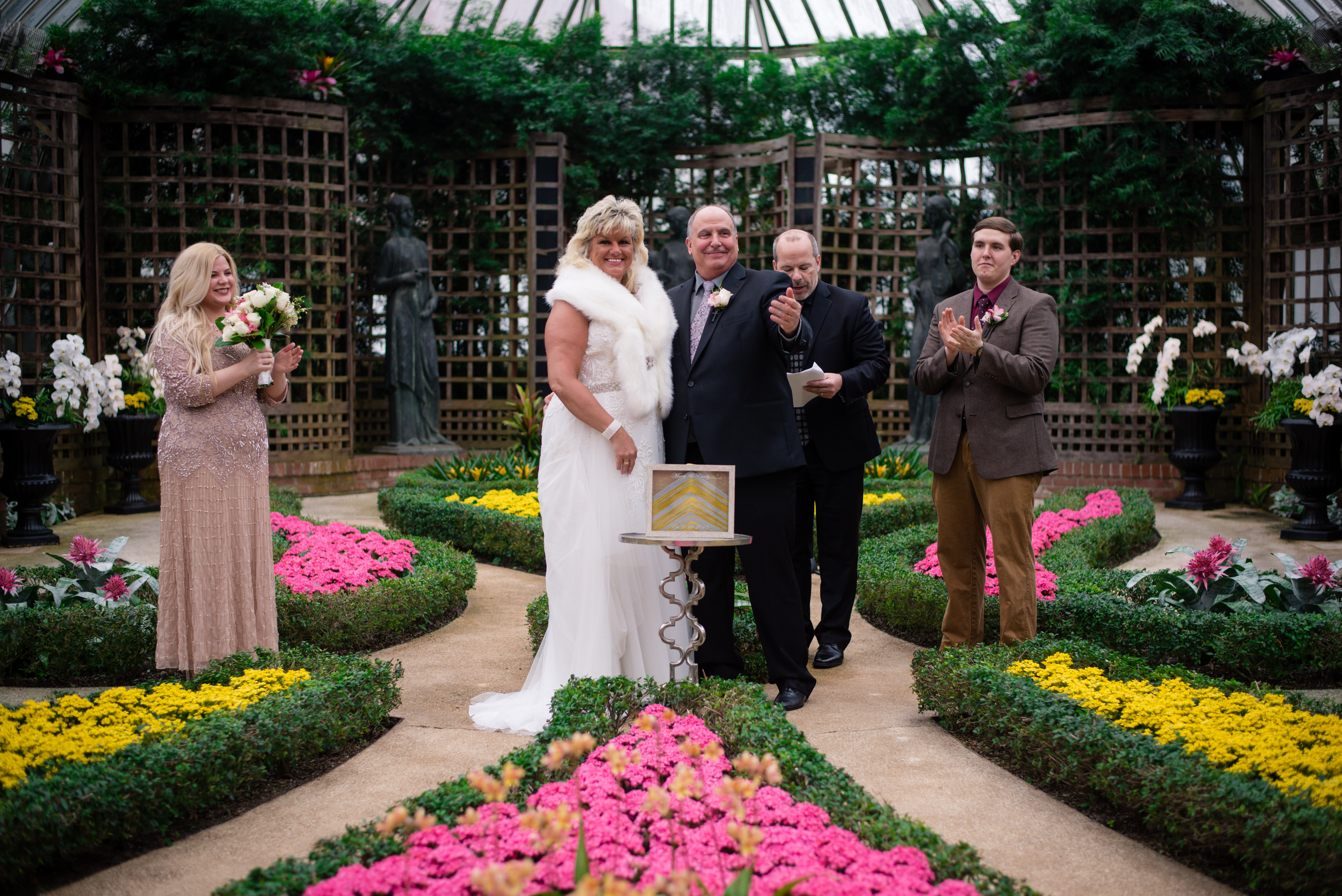