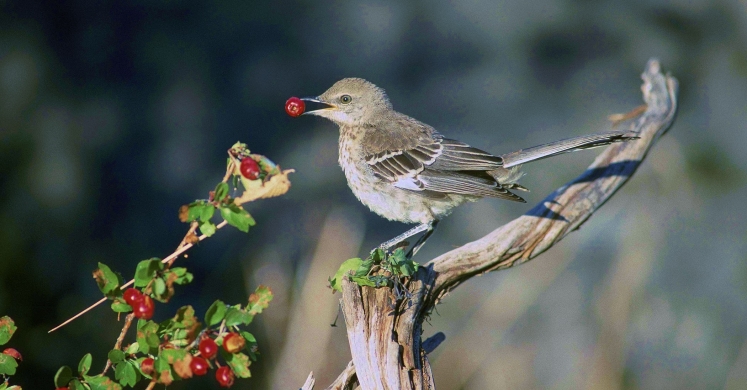 #bioPGH Blog: Frost Bites - What’s on the Menu for Wildlife in Winter?

Chilly weather has certainly arrived! If we look to the outdoors, many birds have migrated for the season and some mammals hibernate, but there are still plenty of wildlife in search of resources throughout the winter. While the colder months never quite bring a smörgåsbord for wildlife here in Western Pennsylvania, our furred and feathered friends do have some options for frosty meals. Nuts, seeds and fruits in particular become staples for many, which makes the plants that produce them quite important. Let’s explore a few of the plants and trees that make a big difference to winter wildlife survival.

And by the way, all of these plants are native and could make a great addition to your landscape if you want to be a friend to wildlife.

Hickories
Besides providing homes for bats, birds, squirrels and other wildlife, the different species of hickories also produce nuts that are an excellent food source. Ducks, bobwhite, turkey and a variety of mammals heavily rely on this food source as the cold weather lingers. 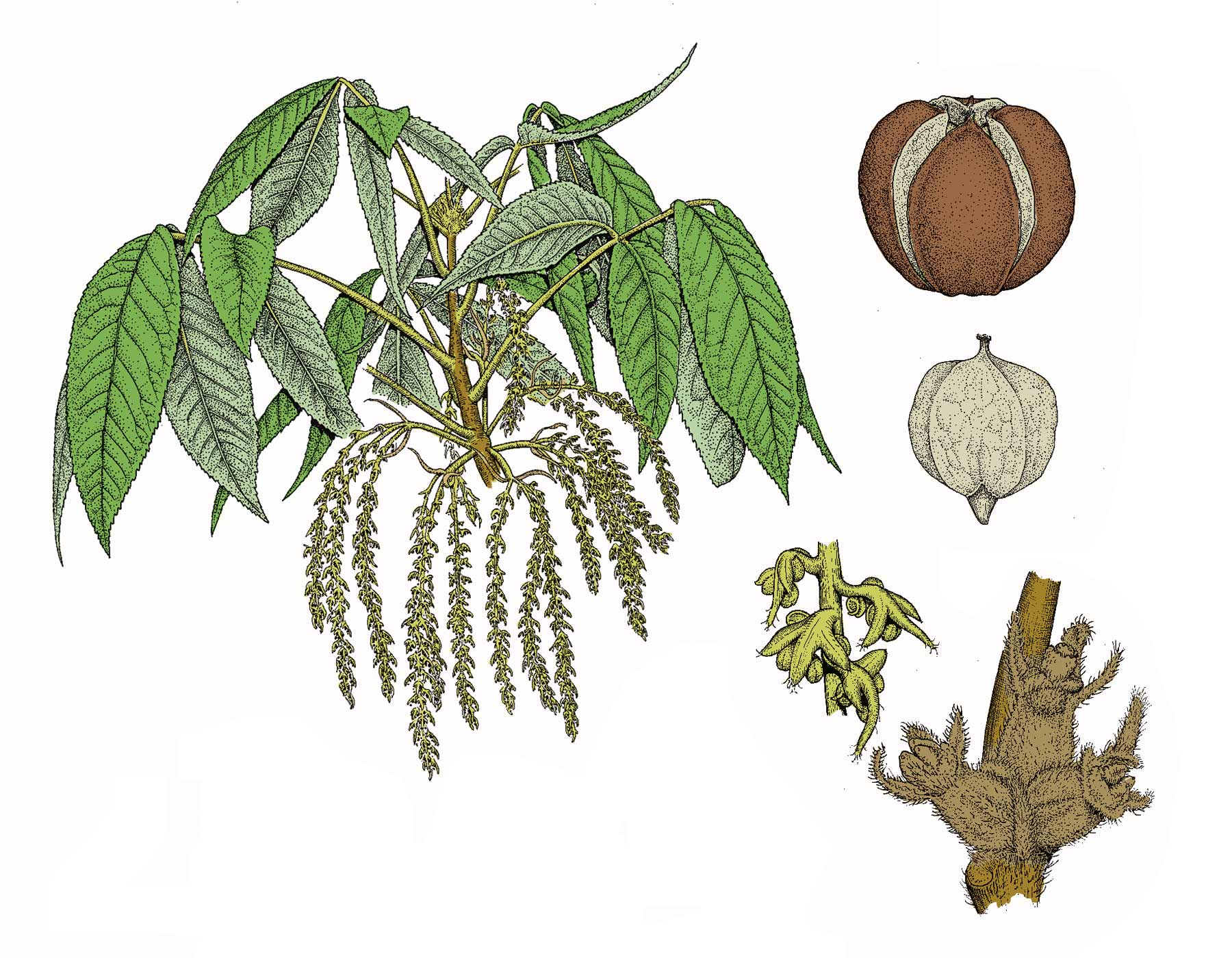 Butternut (aka White Walnut)
These giants can reach heights up to 100 feet tall, but their nuts are favored by something much smaller: squirrels. Butternut has become more rare in the wild over the last several decades, though, as a fungal disease called butternut canker has overwhelmed native stands. 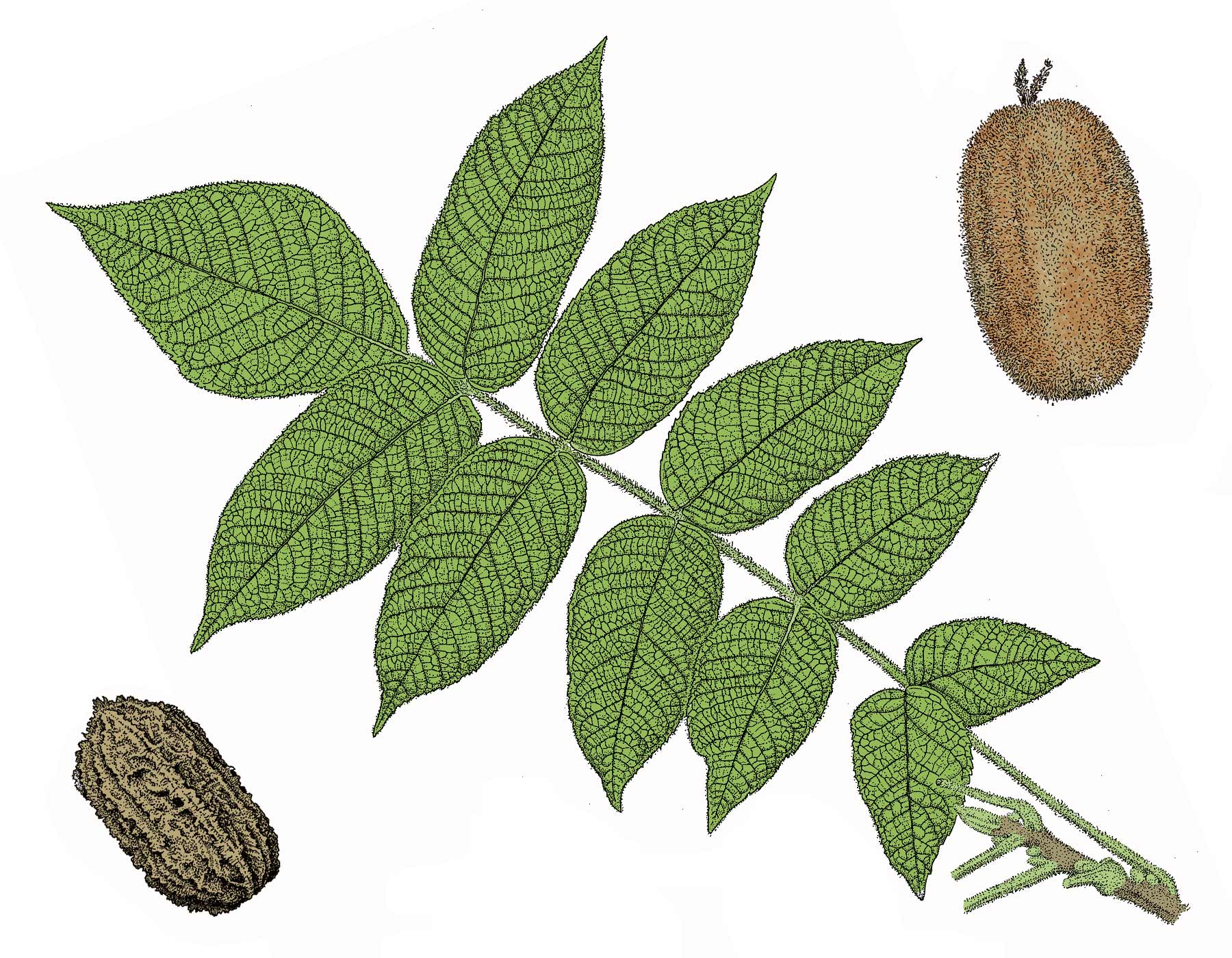 Oaks
It’s more than just squirrels who make use of acorns as a food source. As winter approaches, acorns become a staple of our local black bear populations, and their abundance is actually a key determinant in the timing of hibernation. Beyond that, deer, chipmunks, other rodents, and even some birds all take advantage of acorns during the winter. 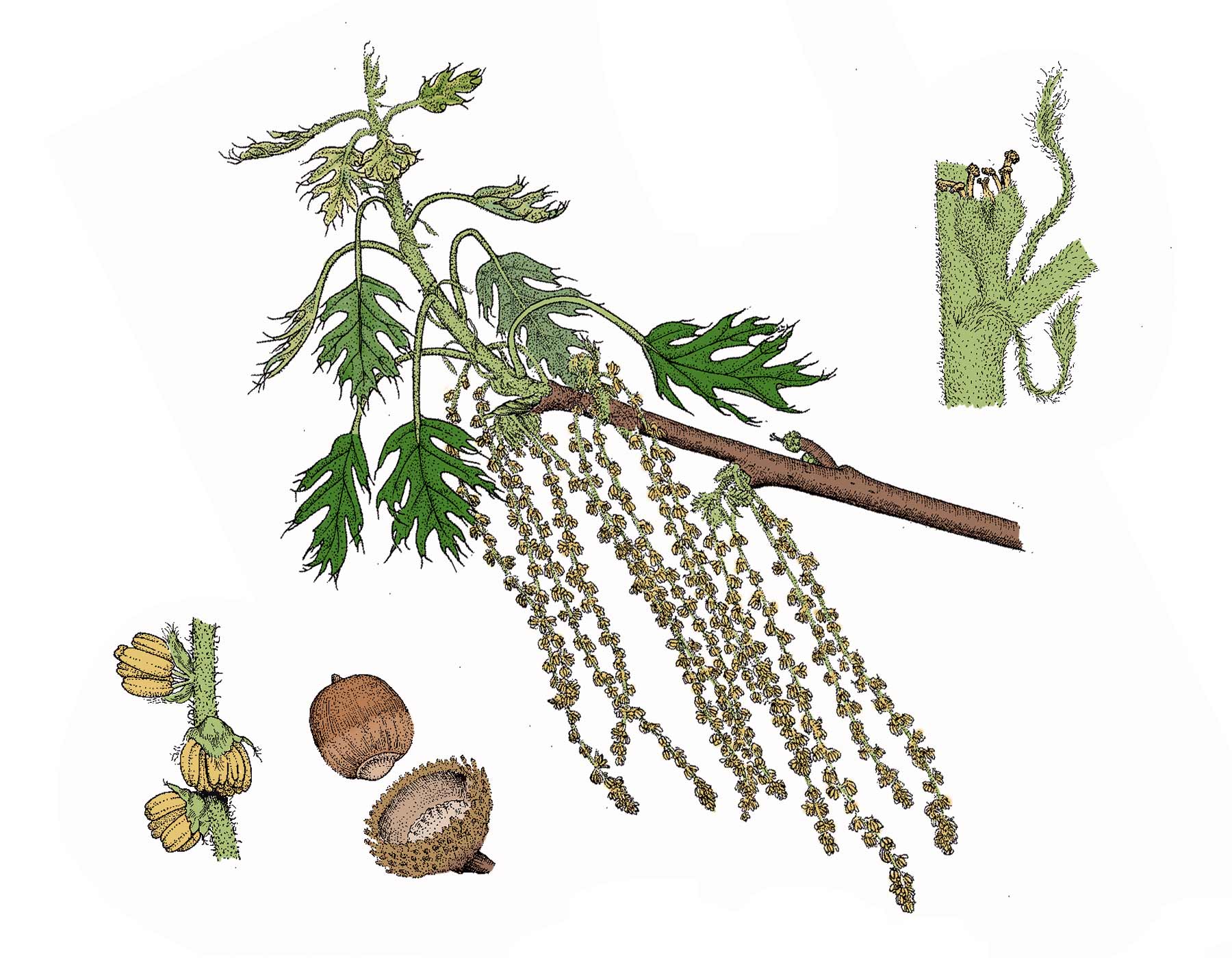 American Cranberrybush
The American cranberrybush is a shrubby plant often found near bogs, wetlands, or in wooded areas with damp soil. It’s unrelated to the cranberries that typically adorn the Thanksgiving table, but its berries still provide a feast for winter wildlife, particularly ruffed grouse and other birds. Deer and beaver have been known to eat the twigs in the coldest months. 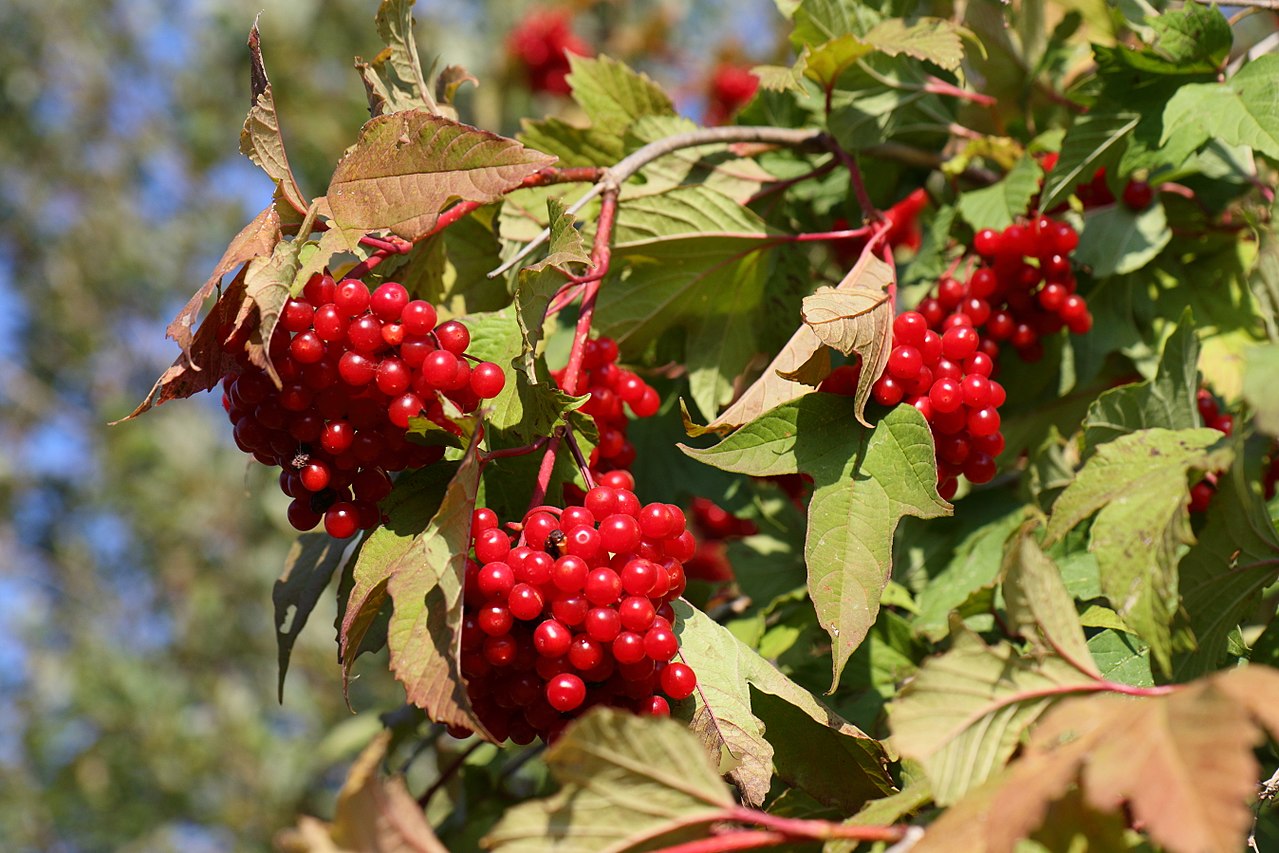 Winterberry
The winterberry is a woody shrub from the holly family that typically grows in thickets around wetlands and near ponds or streams. As a food source to more than 48 bird species who feast on the berries during the scarcest time of year, this plant is an important winter resource! Even some small mammals can take part in the meal. (The berries are poisonous to us, though, so no tasting!)

Eastern red cedar
Though its “berries” are an important winter food source for a variety of birds and mammals (including the aptly-named cedar waxwing), this tree is a bundle of confusing misnomers. It’s actually a juniper, not a true cedar, and it doesn’t have berries. This tree is a conifer, within a group of plants called gymnosperms—the non-flowering plants. Since it doesn’t produce flowers, it doesn’t produce true fruits. Instead, the “berries” that birds love are actually fleshy cones (akin to pine cones.) 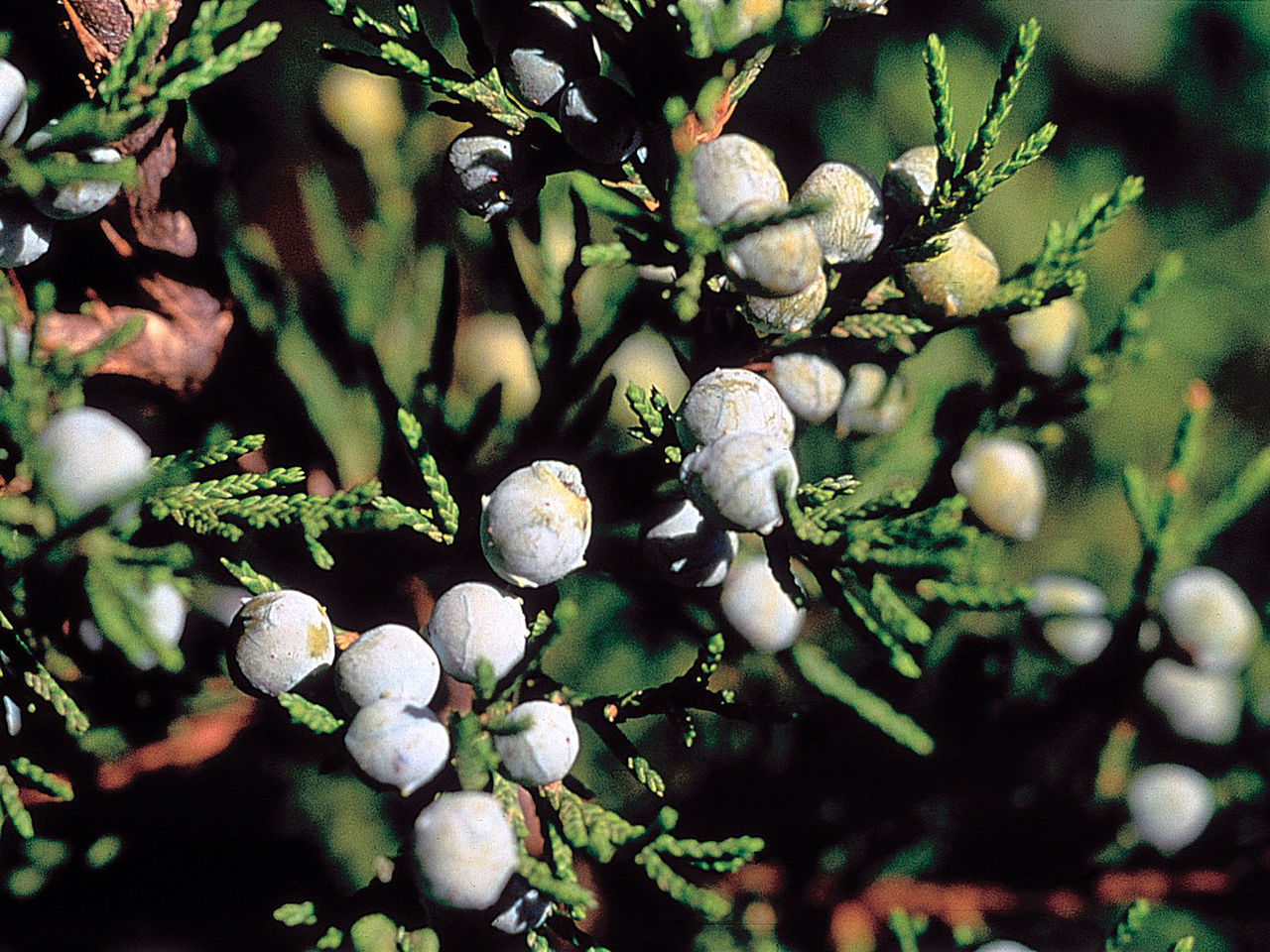 Ironweed
Colorful members of the aster family, ironweeds are perennial wildflowers that can grow up to six feet tall. Some of the species bloom in late summer and early fall, and their flowers produce thousands of seeds that persist through the winter, making ironweeds a key source of winter food for birds and some rodents. 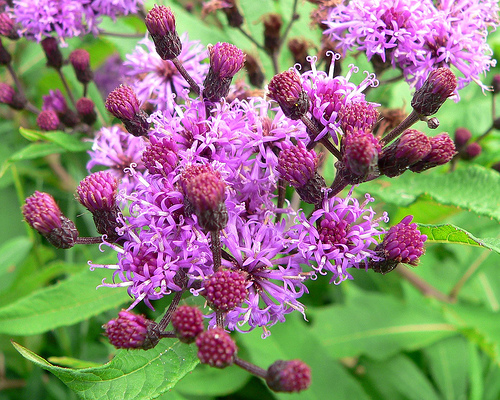 Ragweed
The mere mention of ragweed may tickle our noses and water our eyes, but the seeds of this plant are an important source of wintertime food for birds and small mammals. The seeds are high in protein and fat, providing an excellent meal in harsh weather. 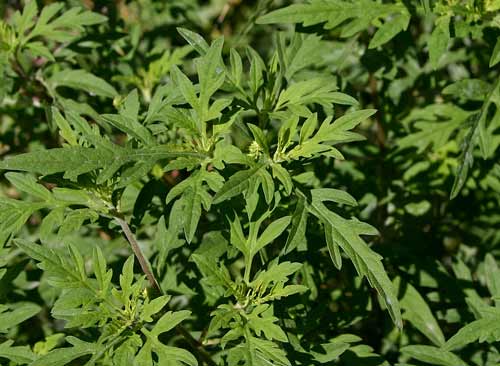 Staghorn Sumac
It may not be a first choice of food for animals (aside from perhaps ruffed grouse), but staghorn sumac is important as an emergency reserve in the winter time. The fruits last from fall until spring, and can be eaten when other winter reserves are running low. 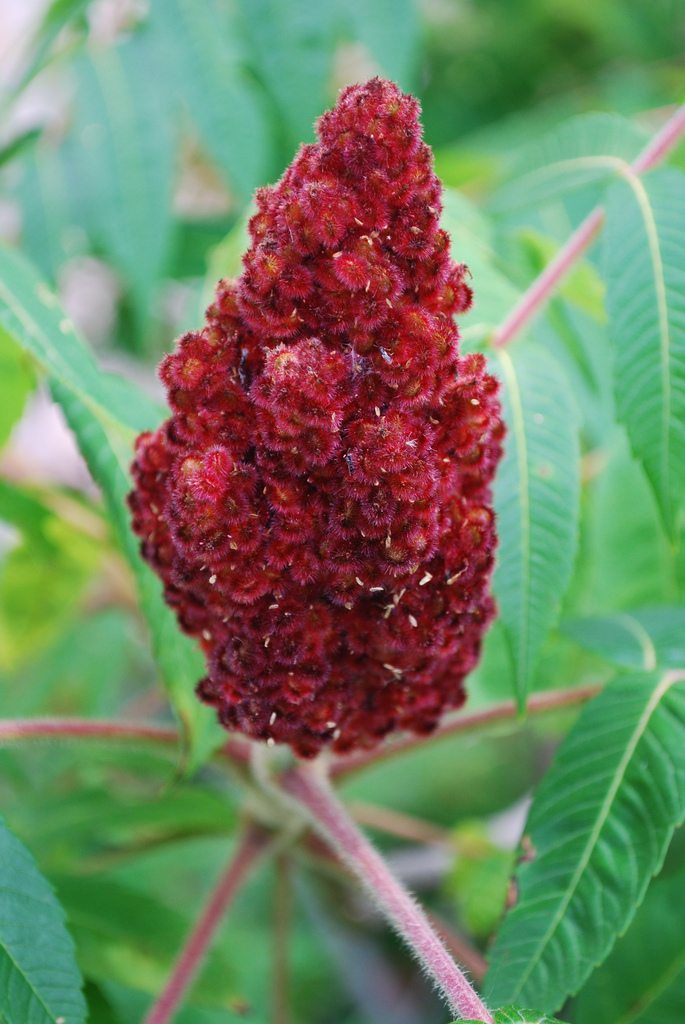 These are just a handful of food sources that wildlife can take advantage of during the winter months; it's by no means an exhaustive list. It is noteworthy, though, because it highlights how important plant diversity is to our Western Pennsylvania ecology. Whether big or small, obvious or elusive, the living things of nature all interact and play valuable roles in maintaining life cycles and natural processes. Hopefully you have a chance to catch a glimpse of some of these plants on your next wintry walk in the woods!

Connecting to the Outdoors Tip: If you're inspired to plan your landscaping for wildlife, the USDA has some tips to help get you started