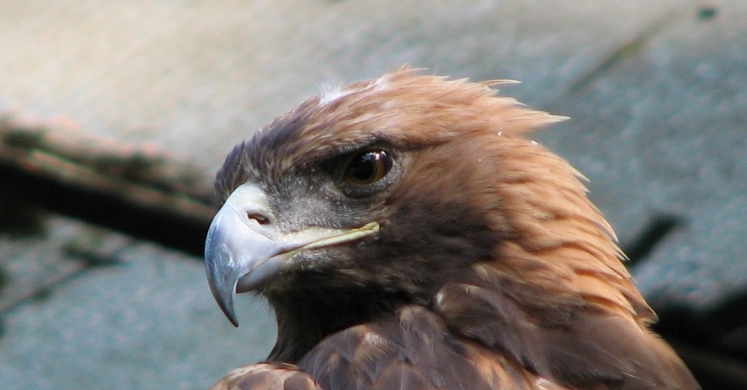 #bioPGH Blog: Keeping Your Eyes on the Skies

It feels like you’re on top of the world in a surreal dream. A valley stretches below you, wide open skies around you — and eagles, hawks, and falcons almost continuously soar above you. It’s not a dream, though! This time of year, there is quite a bit of air traffic moving by the Allegheny Front Hawk Watch as migrating birds of prey make their way along the ridgelines of the Allegheny Plateau, right on the line of Bedford and Somerset counties. Volunteers eagerly document every bird that goes past the lookout spot, and the data from years of watching the skies has been invaluable to wildlife biology. Have you heard of this amazing place? Let’s learn more about it!

The Allegheny Front Hawk Watch is a prime viewing station for migrating birds in the fall and the spring because the topography of the region makes it an ideal migratory corridor for many birds of prey (also called raptors) in eastern North America. The ridgelines create optimal wind conditions to allow these large birds birds to minimize their own energy use while still traveling long distances. I checked in with Dr. Brian Wargo, president of the Allegheny Plateau Audubon Society, the organization that manages the hawk watch site.

“The ridges provide orographic lift that the raptors use to conserve energy,” says Dr. Wargo. “All they have to do is stretch out their wings and they essentially float on the air that is rising up along the steep slope. This provides a natural superhighway for soaring birds and they take advantage of it.”

Beyond the sheer thrill of seeing so many raptors in flight, the hawk watch also serves an important purpose by collecting data that can be used in a variety of ways by different scientists.

“The Allegheny Front Hawk Watch has nearly a quarter of a century of high quality data,” notes Dr. Wargo. “Like most hawk watches, the data is housed through the Hawk Migration Association of North America’s online repository called HawkCount.org.  Scientists can use the data by requesting it.”

Intrigued by the research possibilities, I checked in with Andrew Dennhardt, a doctoral candidate at Michigan State University who relied on the Allegheny Front’s hawk watch data for previous work he conducted while at West Virginia University. He was able to estimate the abundance of Golden Eagles in eastern North America based on the data.

“I designed a simulation model of eagle migration to first understand how available eagles were to be counted by citizen scientists,” Andrew explains. “I used historic hawk-watch data to approximate how detectable eagles were to citizen scientists throughout an important migration area for birds. Discoveries of eagle availability and detection rates then allowed me to control for measurement errors in hawk-watch counts and generate reliable estimates of eagle population abundance using statistical models.”

This year, the hawk watch is open to volunteers only, not general visitors, due to COVID-19; but my husband and I visited in mid-October last year to take in the sights of migration. We were only there a few hours but during that time, we saw crows, vultures, kestrels, Sharp-shinned Hawks, three Bald Eagles, and two Golden Eagles. Even if you can’t visit, you can check out the action by looking up the daily counts of raptors going by. If you really have the bug for citizen science (also called community science), you can also consider volunteering either at the hawk watch or wildlife organizations that rely heavily on volunteer power — you would certainly be making an invaluable contribution to science!

“Pennsylvania's treasure trove of hawk-watch data was crucial to the success of my project,” notes Andrew. “Devoted citizen scientists have been recording counts of migrating raptors for decades, and 10 years of data on migrating Golden Eagles were generously made available to me by the hawk-watch community for research use, free of charge. These data, provided by the Hawk Migration Association of North America, comprised a generous and valuable contribution to my research that helped my project save thousands of dollars in implementation costs.”

And remember how I noted at the beginning that visiting the Allegheny Front felt like I was on top of the world? It sounds like that’s a common feeling:

“It is such a surreal experience to witness rare raptors migrating,” Andrew says. “I will never forget witnessing a Golden Eagle passing only tens of feet over the Allegheny Front Hawk Watch. Though far enough out of reach, it felt as if I could have touched the bird's velvet underwing as it cruised by in just a few moments of absolute bliss. You have to experience such precious moments yourself.”

Dr. Wargo agrees: “Connecting with nature is cleansing. It helps to reset our mind, body and spirit. Seeing a Golden Eagle pass very close is a personal experience and one that is not easily forgotten. This is an apex predator and as it passes, it will look you in the eye ... literally. That is magical!” 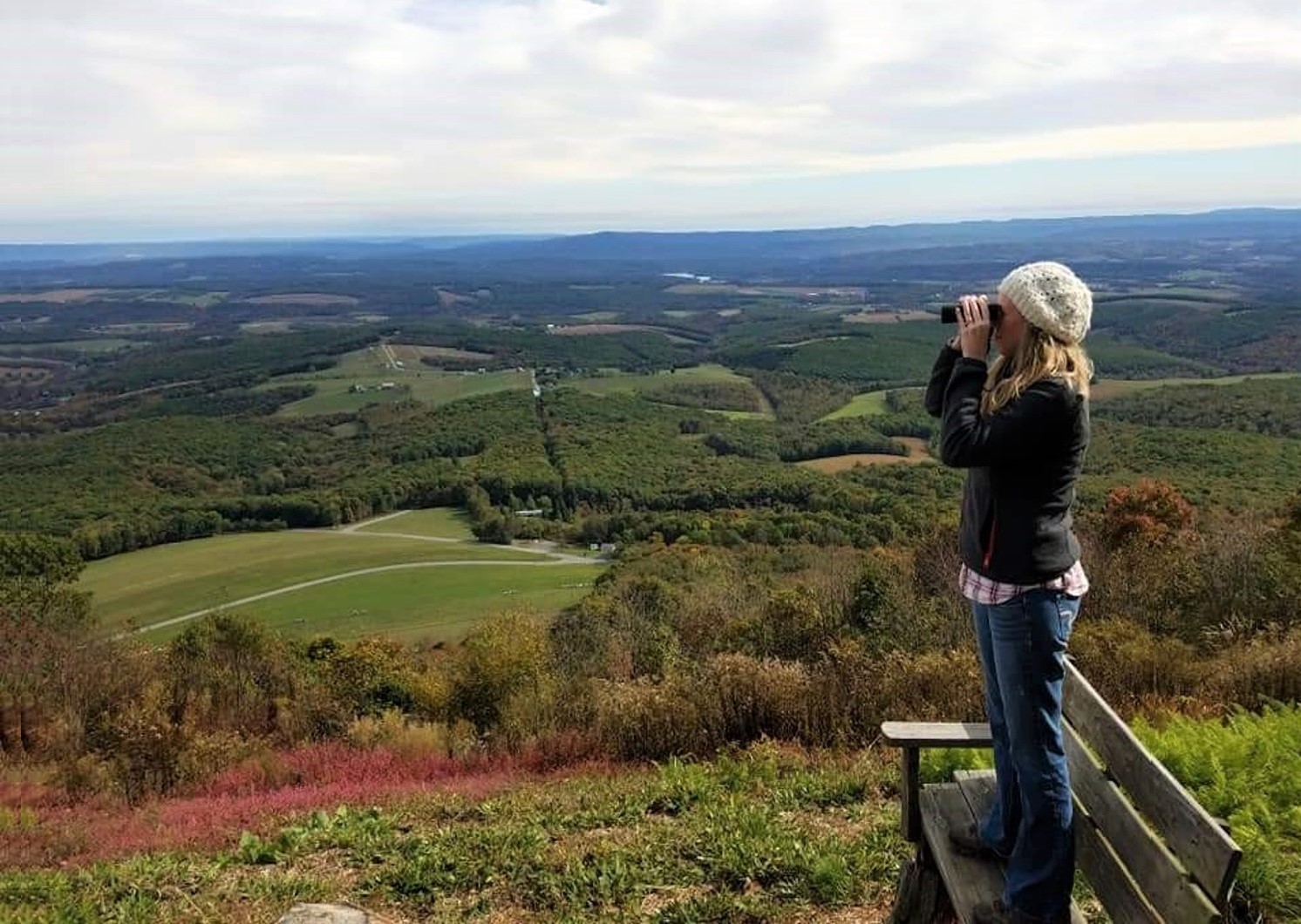 From the sky to the valley, the view is pretty hard to beat.

Connecting to the Outdoors Tip: Check out the Hawk Migration Association of North America to learn more about how you can get started hawk watching either as a hobby or beyond.