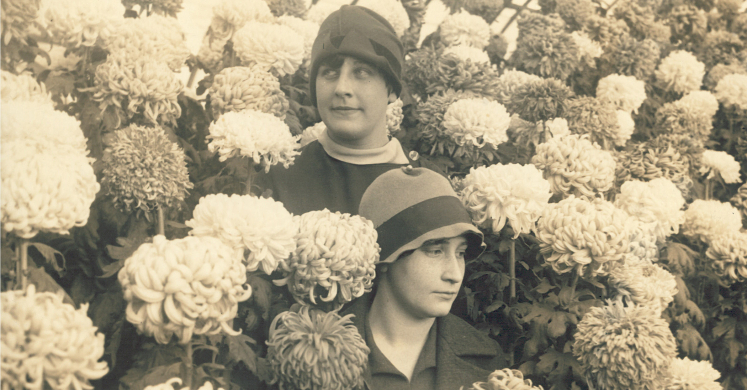 Learn about the history of Phipps through our new series of blog posts titled, "Making History." Explore past flower shows, learn about Phipps' place in the Pittsburgh region and more!

Fall is in the air all over Pittsburgh. The days become shorter, the air is cool and crisp, the leaves are changing and the staff at Phipps are gearing up for one of  the most time honored  shows of the year: Fall Flower Show, often referred to as the “fall mum” show. Fall Flower Show is almost as old as Phipps Conservatory itself! Phipps Conservatory opened in December of 1893 and the first ever Fall Flower Show made its debut in the fall of 1894. Ever since that first show, this Phipps tradition has dazzle thousands of guests throughout the decades. Let’s take a stroll through time and go back to visit one of the earliest Fall Flower Shows through the blooms, conservatory and guests of 1897.

Even in the early years, the star of Fall Flower Show has always been the chrysanthemum.  The chrysanthemum is the national flower of Japan but is also quite popular in China as well, and has gained a worldwide following over the years. This fall flower was introduced to England from China, and it first appearing in 1754 in English floral lore1. It would eventually make its way to North America, becoming so popular that a national society was formed in 1889 for the study and propagation of these blooms2. Today, many “mum” societies and groups exist throughout the United States and all over the world as fascination with the vibrant flowers continues to grow.

The 1897 exhibit was considerably different from shows in the three prior years, due to both the copious number of flowers and a new annex that was added behind the Palm Court. The “Economic Room” (now known as the South Conservatory) opened on Oct. 24, 1897, just prior to the chrysanthemum show3. This particular exhibit space contained a representation of a natural outdoor scene with a mountain range and a waterfall that emptied into a miniature lake with goldfish4. Guests who came to see the annex also got a glimpse at the mums that were featured prominently around the room. The show must have been spectacular - blooms were white, yellow, red, pink, and purple, eight to ten inches in diameter and ranged from two to seven feet tall!  The Pittsburgh Press billed the show of 1897 as the “The largest chrysanthemum exhibit ever held.”5 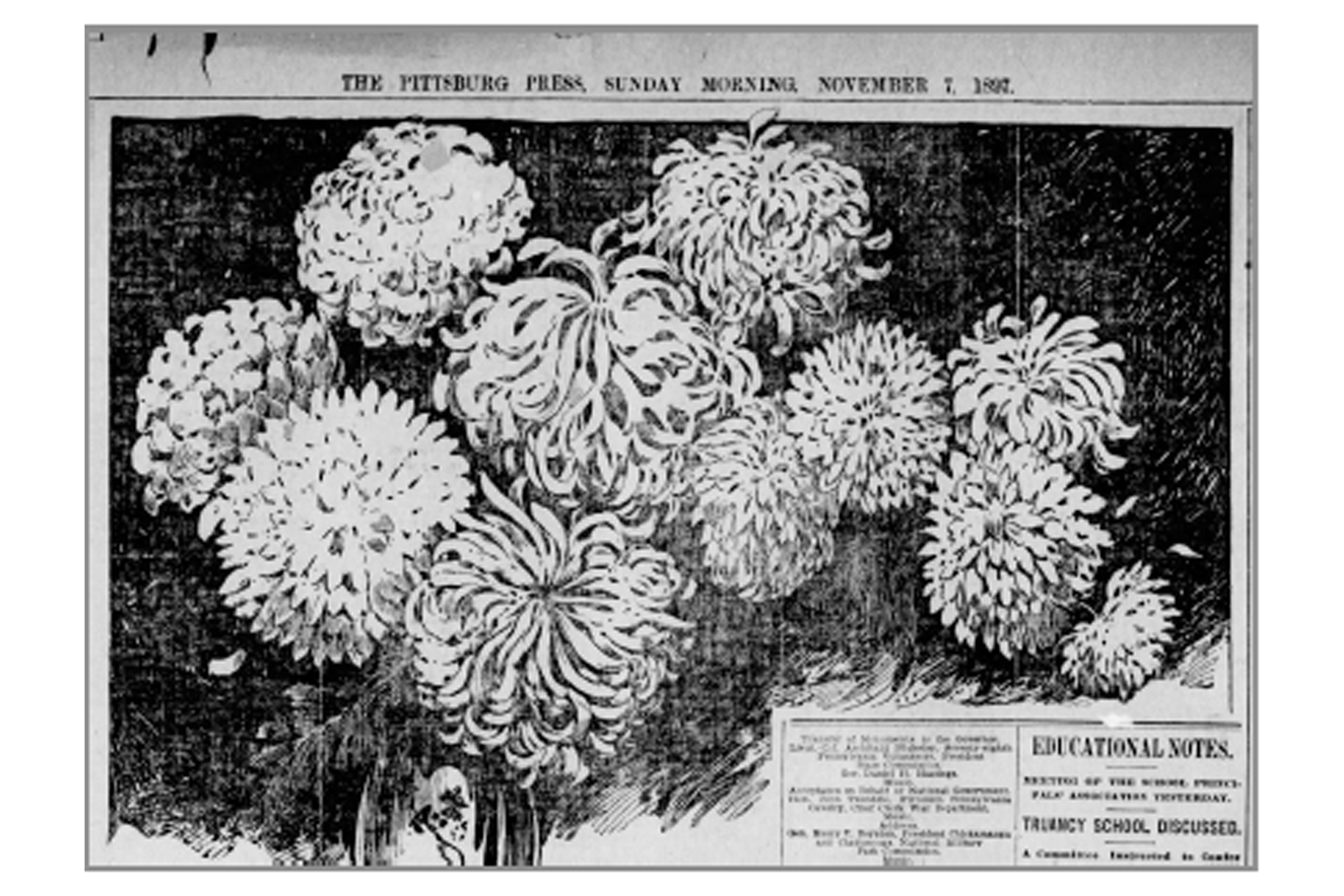 The Fall chrysanthemum show proved to be an outstanding success. According to The Pittsburgh Daily Post, it was described as “rich beyond description.”  This show featured over 200 varieties, with nearly 10,000 plants on display and another 2,000 plants in reserve in order to replenish the show6. Superintendent William Falconer measured one of the blooms for the press and demonstrated its showstopping 30-inch in diameter and 10-foot height7! Many mums featured during this show were named by the individuals who assisted with their growth and propagation, some of which included the “snow ball,” by Mrs. H. Robinson; “sulphur” (yellow),  “golden gate (yellow)”  and silvery pink, by Georgiana Braunhall; and “terra cotta,” by Charles Davis8. The show also broke attendance records. Pittsburgh Parks Director Edward Manning Bigelow was quoted as saying “Well, It was worth the trip and a good admission fee.”9 The show opened around Oct. 24, 1897 and closed on Nov. 21, 1897.  At the closing of the show, the Pittsburgh Daily Post reported that it was a “glorious close of the world’s greatest chrysanthemum exhibition,” and that the “crowd record was broken.” Superintendent Falconer reported during the “Easter Show” of 1897, roughly around 15,000 people came out to see the show, but during a single week of the fall show, approximately 10,000 people attended Phipps. Even the rain did not stop the public from coming to see the fall blooms. On Sunday, Nov. 7, 1897, 8,000 people came out in the rain to see the beautiful displays at Phipps10. Even on the last day of the show (November 21, 1897), Phipps was packed from the early morning until it was too dark to see the blooms11.

Phipps’ Fall Flower Show proved to be a monumental success. It broke previous crowd records, debuted a number of newly cultivated varieties of chrysanthemums and gave guests their first look at the now-iconic South Conservatory. This show has stood the test of time and continues to enthrall, dazzle, and invigorate the guests who come to adore these magnificent blooms.  Here’s to another 127 years of splendid Fall Flower Shows!