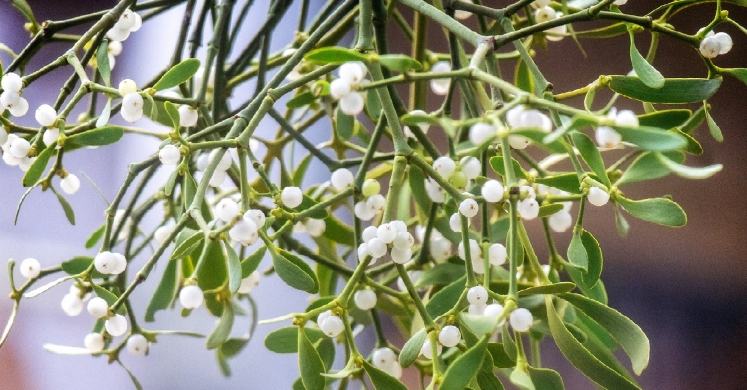 Mistletoe has long been a part of our December décor and more than one merry melody, but the biology of these plants makes them unique among the tinsel and toy trains. As parasites, they can be quite detrimental to their host trees, though they liven up our doorways alongside boughs of holly. Let’s sneak our way into the hidden world of a festive parasite, shall we?

Though we have a single idea in our minds of what we mean when say “mistletoe,” this common name is used colloquially for over 1300 species of plants from four different plant families. (Here in the US, we are most familiar with Phoradendron tomentosum, Christmas mistletoe, found in southern states.) The common trait among mistletoe species is that they are flowering plants that parasitize host trees. Some species of mistletoe are hemiparasitic, meaning they primarily take advantage of their host’s water supply but still can undergo photosynthesis for their own energy. Other species, though, are holoparasitic—they divert both water and the products of photosynthesis from their hosts to themselves. Even if they can photosynthesize to some low degree, they can’t support themselves.

Though we want to root for the tree that is being parasitized rather than the parasite itself, the process of how mistletoe co-opts its host’s resources is fascinating! When a mistletoe seed sticks to the branch of a tree, it produces a specialized root-like extension called a haustorium (plural: haustoria) that grows into the branches. Once the tree is infected, the mistletoe absorbs water and/or nutrients from its host, and the mistletoe continues to produce more haustoria and grow its own leafy shoots while taking more and more resources from the tree. To see how mistletoe haustoria work their way into tree branches, check out this video from the University of Florida Extension in Escambia County, starting around the 1:40 mark.

From my description above, you may wonder how mistletoe seeds “stick” to branches. The answer also explains the etymology of mistletoe’s’ name: many mistletoe species reproduce through bird-mediated seed dispersal. Birds eat seeds from mistletoe berries and then spread the seeds by defecating on tree branches. Some mistletoe species can reproduce other ways, including dispersing their seeds via the wind, but the avian reference is actually how mistletoes were named! The word “mistletoe” is composed of two archaic Anglo-Saxon terms referring to “droppings” and “twigs/branches”—a reference to the parasite sprouting on branches from bird poop.

Of course, no matter how fascinating the parasitic relationship may be, mistletoe is ultimately detrimental to infected trees. We rarely encounter it naturally here in Pennsylvania, but for those in warmer states south of us, finding mistletoe on a branch will probably mean pruning the branch or even calling in a professional to remove large growths of it. On an ecological level, though, we can still appreciate the natural mechanism of the festive little parasite that could! 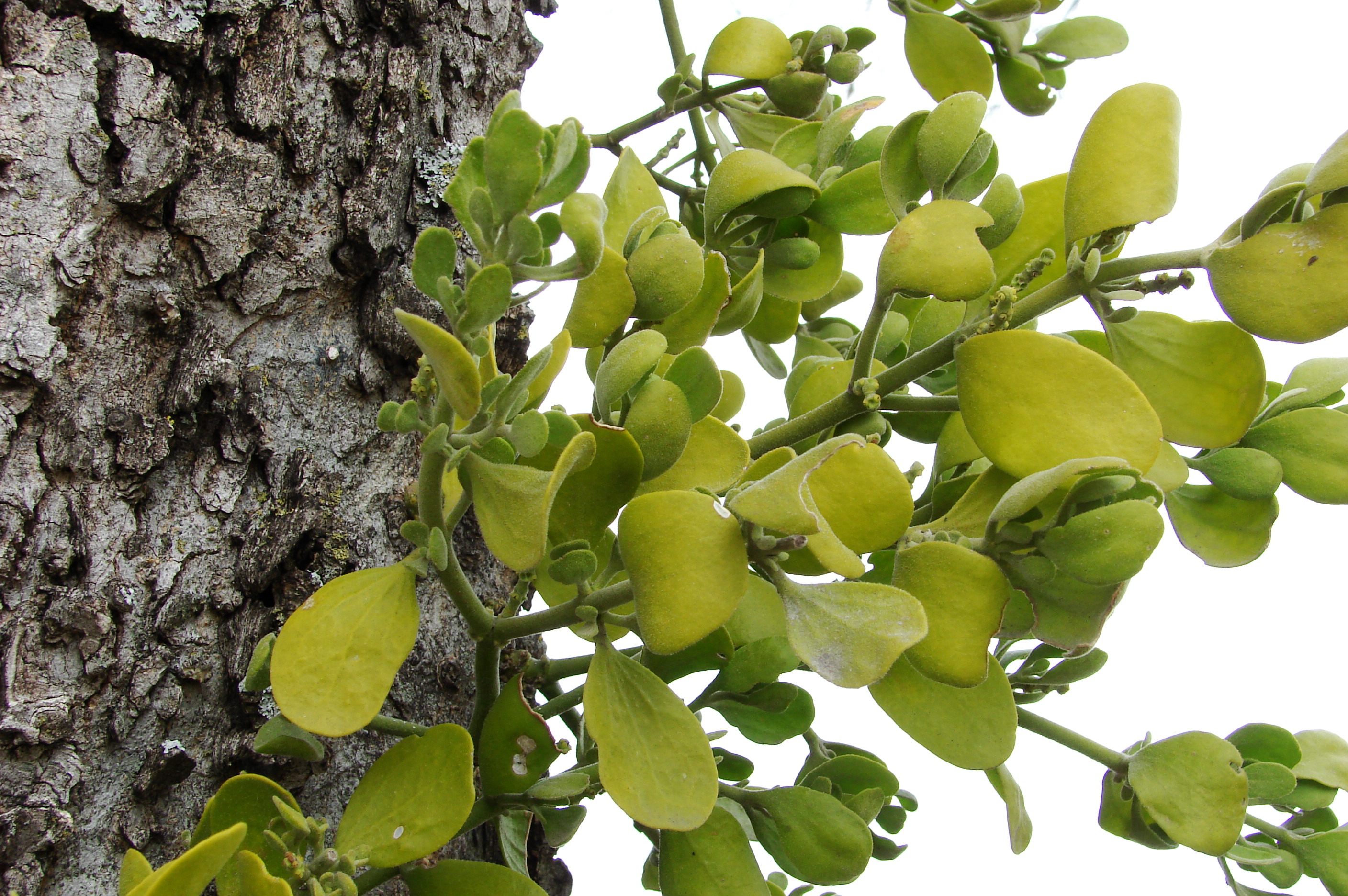 Connecting to the Outdoors Tip: When decorating with mistletoe, keep an eye on pets and children. Though American mistletoe is not as dangerous European species, it’s best to avoid ingestion. In the case of accidental ingestion, call poison control. Also, be sure to avoid herbal remedies and teas that include mistletoe—particularly European varieties. Though lauded as “traditional” remedies, most published European accounts of mistletoe poisoning come from too-concentrated teas.

Smithsonsian: The Enduring Romance of Mistletoe, a Parasite Named After Bird Poop