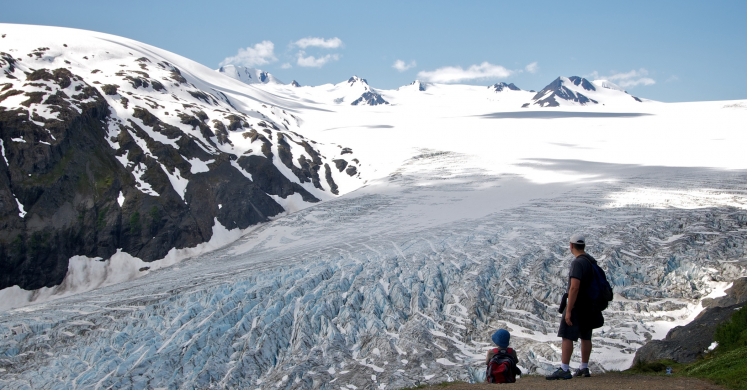 #bioPGH Blog: Of Glaciers and Moraines

We’ve seen some flurries and light snow around the city already — winter is on the way! Even as cold and wintry as some days may feel, though, it’s amazing to think that a long time ago, intense wintry weather and the resulting glaciers helped to physically shape the state of Pennsylvania. A local state park even bears the name of the icy aftermath. Want to go on a frozen adventure and explore some deep history? Grab a hot cocoa and let’s go!

A quick disclaimer to keep in mind is that our current geology and topography are the results of many events throughout history. If you remember our deep time tour of Pennsylvania, our state used to be beaches and swamps when our continent sat on the equator! One of our state’s defining features, the valleys and ridges of the Appalachian Mountains, originally came from the Central Pangean Mountains — a prehistoric mountain range that included today’s Appalachians, the Atlas Mountains of Africa, and the Scottish Highlands of Europe. So while we will indeed learn how glaciers have helped to shape Pennsylvania, they are just the tip of the proverbial (and literal?) iceberg.

Now then — glaciers! At first glance, a glacier is a huge mass of moving ice. Upon closer inspection, a glacier is layers upon layers of ice formed by years and years of snow accruing more than it melts. Those layers compress under the weight of subsequent years of snowfall, eventually forming the classic “blue” ice of a glacier. The other key part of the definition of a glacier is that the mass of ice moves — however slowly. A completely stationary frozen mass is a snowfield, which is how glaciers begin. Once a snowfield, or a portion of one, is heavy enough, the pull of gravity will outweigh even rocky obstacles in the path of a glacier, and the masses of ice will begin slowly moving. Well…“slowly” is a relative term. The fastest glacier in the world, the 6,500 foot-thick Jakobshavn Isbrae in Greenland, has been recorded moving 150 feet in a single day, though over the past several decades, it has typically moved more in the range of 90-100 feet per day.

This mass-and-movement combination is the real trick of a glacier’s geological artistry! As these huge ice beasts creep their way across a landscape, they scrape and drag rock in and through their paths. This can carve valleys, flatten hills, and redistribute soil and rock as they travel. In fact, a moraine is defined as “a mass of rocks and sediment carried down and deposited by a glacier.”

If moraine sounds familiar, that word is embedded in nearby Moraine State Park’s name for a reason. As we can note on the park’s website, at least four major glaciers over the past two million years reached the part of Pennsylvania roughly where the park sits now. The glaciers carved through the landscapes, dammed some of the area’s creeks (creating glacial ponds), and deposited sediments resembling those found in the Canadian Shield — the geological area surrounding the Hudson Bay in Canada. If you check out the map below, you can even see how especially the northwestern and northeastern portions of the state have largely been shaped by historic glaciers. And since the Great Lakes were also formed by glaciers, portions of the state can attribute their local climate to glaciers! 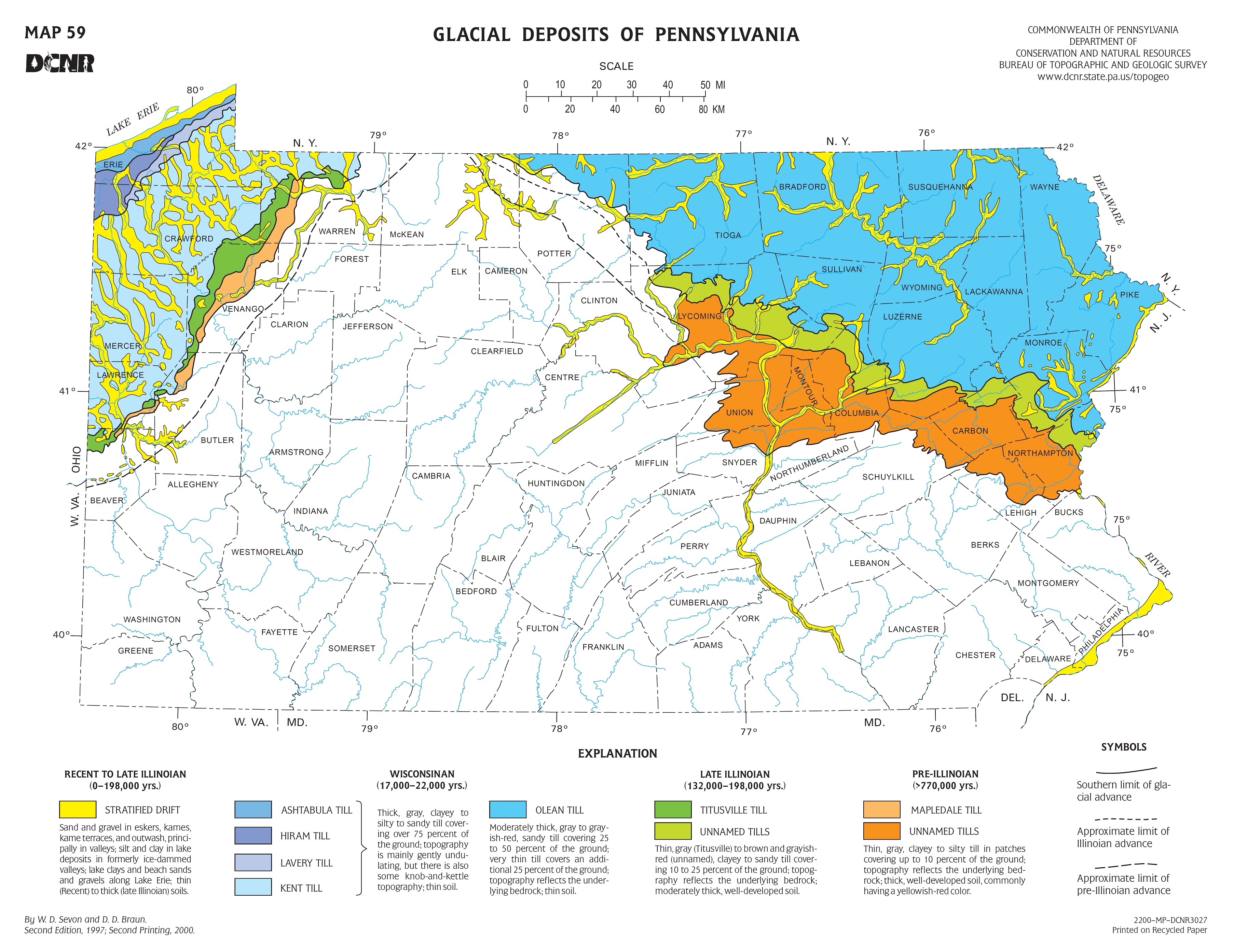 For a more hands-on exploration of how glaciers can shape land, check out the activity below from the National Park Service:

Model Glaciers
Students will learn that glaciers are major forces in changing the landscape and were major contributors to the scene we see today. Students will identify terminal and lateral moraines, the headwall, cirques, tributary glaciers, and hanging valleys.

Discussion questions: Do the deposits of glaciers determine where farms are located? Are loggers affected by glacier deposits? How?