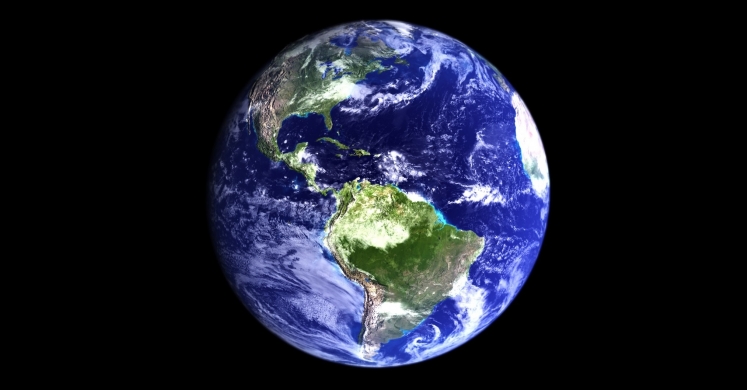 This past Monday, all around the world we experienced something in common: the sun rose at approximately 6:00 am and set at approximately 6:00 pm in each of our own local time zones (except for those under Daylight Savings). Dubbed an equinox, this near uniformity in day and night length marked the first day of spring in the Northern Hemisphere and the first day of fall in the Southern Hemisphere. Both hemispheres celebrated the change in season and all of the exciting things that each upcoming season offers. For us that means warmer weather, picnics in flower-filled meadows, and a baby animal boom! It’s an exciting day on the calendar because we know what’s coming, but let’s dig a little deeper into what’s happening during the spring equinox itself, shall we?

To explore why the equinox is a noteworthy event, we first need to remember that our seasons are the result of Earth’s tilt on its rotational axis—also called its “obliquity.” As we travel around the sun, the Earth is tilted 23.4 degrees. What exactly does this mean? Well, picture that an imaginary line runs from top to bottom through the center Earth, connecting our North and South Pole. Now, imagine that this pole-pole line is perpendicular to the Earth’s path in its orbit around the sun—this would be our planet with no axial tilt. However, our tilted axis means that our imaginary line connecting the north and south poles is currently angled by 23.4 degrees.

Now that we have the Earth’s obliquity in mind, what does this have to do with the equinox? As the Earth progresses in its elliptical orbit around the sun (and remember, the complete orbit takes one year!), this axial tilt keeps the Northern Hemisphere closer to the sun than the Southern Hemisphere for part of the year, and farther from the sun the rest of the year. The equinox that we just experienced was one of only two times during the year when the Earth’s solar terminator (the “boundary” between night and day) lines up perpendicular with the equator. Granted, the night and day lengths are not exactly even, but they are the closest to equal that they will be throughout the year. We mark this as the official change in seasons. Our days in the Northern Hemisphere will grow longer, and in the Southern Hemisphere, grow shorter.

Here in Pennsylvania, and indeed throughout the rest of the world, our seasonality defines the kind of habitats our region supports. Wild Pennsylvania is marked by temperate forests, complete with deciduous trees and both perennial and annual plants and flowers. It’s amazing to think that such tiny details of our everyday life and our very surroundings are based something so grand scale as the tilt of a planet!

Connecting to the Outdoors Tip: The upcoming spring weather is brought to you…the Earth’s tilt on its axis! If you’d like to learn more about the Earth’s place in the universe, the month of April marks the beginning of tours at Pitt's Allegheny Observatory in Riverview Park. The tours are free, but do make a reservation before you go!

NASA Astronomy Picture of the Day