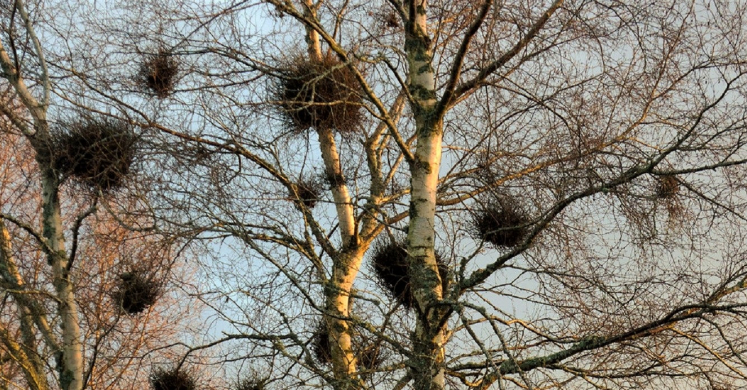 “Double, double toil and trouble;
Fire burn and cauldron bubble.”
-The Weird Sisters, Macbeth
When the wood gnarls and twists,
And branches are balled up like fists,
And twigs outward spray
In a spooky, spiky way,
Twisted by a pathogen’s gloom
Well, it might be witch’s broom!
-The Weird Maria, Phipps

Perhaps we won’t see witches actually flying on brooms this weekend, but you’re very likely to see a witch’s broom on a walk in the woods. “Witch’s broom” is a generic term for a plant condition that looks like a mass of tangled, twisted twigs and small branches clumped on a tree branch. These “brooms,” are named as such because they look like they belong to a spooky witch, of course. But what causes the mass? And are they are a problem for the plant? Pull up a toadstool and let’s chat by cauldron!

How can these different infections all cause twisted masses of branches? It’s a little physiologically complicated, but essentially, the pathogen (whether a virus, bacteria, fungus, etc.) will interrupt a normal point of growth, like at a bud. Then, through a process that involves hijacking plant growth hormones, the pathogen induces unusual plant growth in a variety of directions — hence twigs and branches growing every which way around the mass of infection. In some cases, witch’s brooms seem to divert nutrients and thus be detrimental to plant; but in other cases, the masses don’t seem to be a problem for the tree. They can actually be ecologically beneficial as birds and squirrels use them for nesting.

If you want to hear a really scary tidbit, though, witch’s broom is a notorious nemesis of Theobroma cacao — chocolate trees! In this case, the witch’s broom is caused by the fungus Moniliophthora perniciosa, and it truly is a problem. One of the biggest causes of cacao crop loss, M. perniciosa first moves into the living plant tissue and makes itself at home until the tissue dies…and the fugus proceeds to feed off of it. I’d call that witch’s broom fungus a little goblin!  Imagine a chocolate shortage on Halloween...now that is the stuff of nightmares! 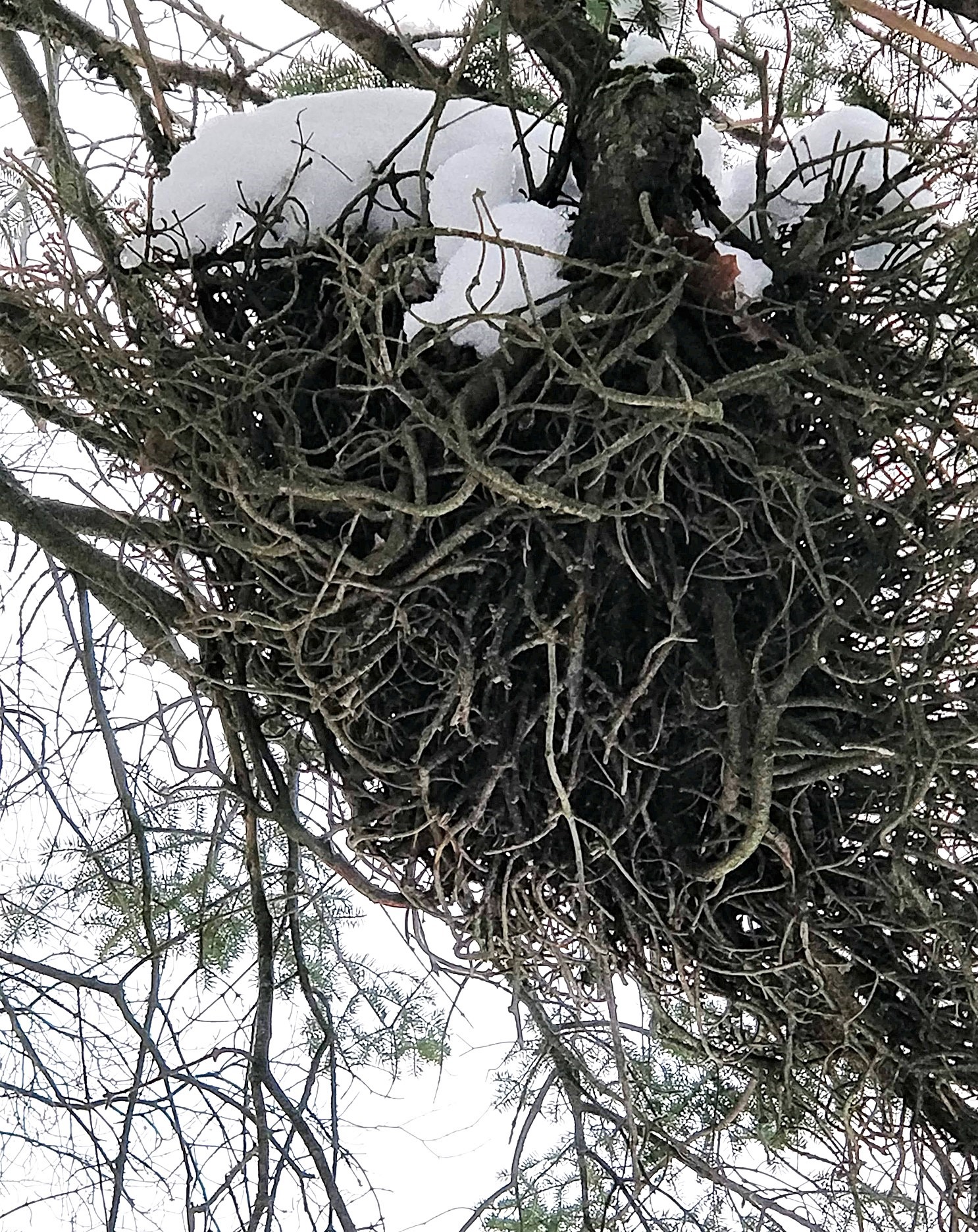 Connecting to the Outdoors Tip: Witch's broom can occur on a wide variety of native Pennsylvania trees, both evergreen and deciduous. The next time you're out on a hike, keep an eye out for a mass of branches that doesn't seem to have been assembled by a squirrel. Depending on the tree and the pathogen, you may even notice a bit of withering on the branch holding the "broom."

P.S. I have an update on our black walnut adventure if you'd like to check it out!

American Conifer Society – What is a Witch’s Broom