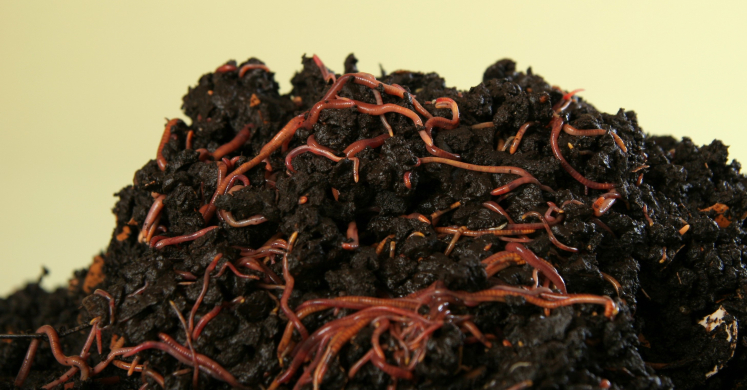 Whenever I bring up the topic of worms, people often have one of two reactions: “Worms are so cool!” or “Eww.” Regardless of your personal reaction to worms, there is no denying that they are wonderful helpers for our environment, and especially our gardens! As worms eat their way through the ground, the soil that they eat gets excreted back out as worm castings or worm poop (Ok, I can see where the “Eww” reaction comes from). However, no need to worry; if you have ever touched dirt before, you have also touched worm castings. They are simply a part of the soil, and from personal experience, they look, smell, and feel almost exactly like dirt. These casting are important because they help make the soil more nutritious. Worm castings make nutrients more readily available for plants to use. It is actually easier for a plant to take nutrients out of the soil after a worm has eaten it! Worms are helpful to people and to plants, and their role as decomposers makes our earth a cleaner place. 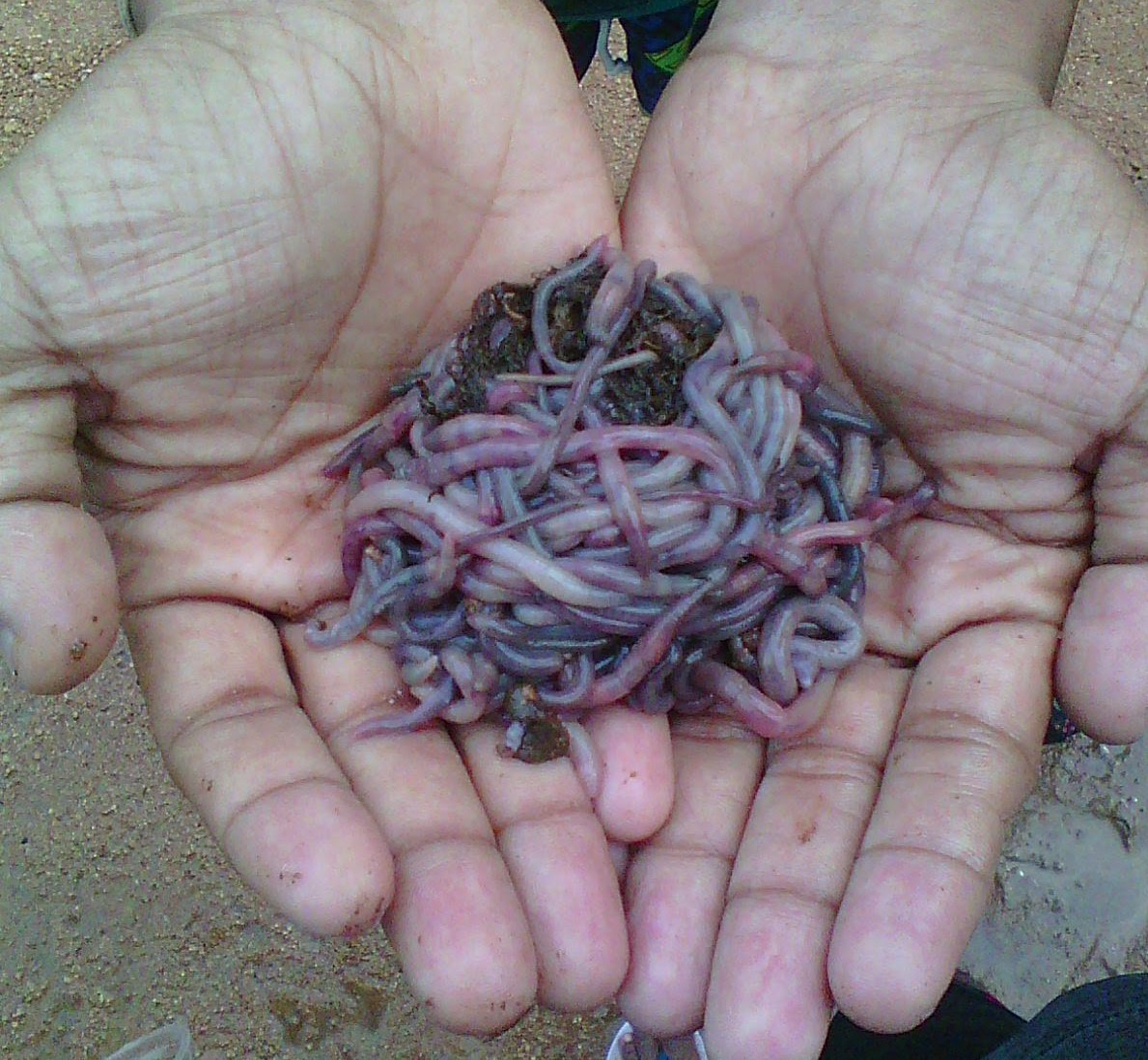 Worms are amazing in other ways. As far as anatomy goes, worms are different from many of the animals we keep as pets. They are invertebrates (no bones) with long, tube-like bodies. Worms may be slimy, but they also have setae: little bristles on the worm that help it move through the soil. Who knew that worms were hairy? These setae also help a worm hold itself tight against the soil if a bird is trying to pull it out of the ground!

A worm have two sets of muscles; one that makes it long (expands) and the other one that makes it short (contracts). When it want to move, the earthworm will alternate use of its long and short muscles, which allows its body to be pushed forward or backward in the soil. Worm muscles need oxygen-rich blood pumped to them, just like our muscles. Worms therefore have five small "hearts" located in their heads to pump blood to their strong muscles! You can usually tell which end of a worm is its head by looking for the red area that contains its five little hearts.

Kid Challenge: Get your timers ready! How many times you can stretch and scrunch like a worm in one minute? To do this, stretch to your full height, then scrunch yourself into a ball, and repeat. Worms stretch and scrunch all day. That is a lot of work!

Probably the most amazing thing about worm anatomy is that worms lack eyes, ears, noses, and teeth, but they still manage to be so helpful to the earth! Worms may not have eyes or ears, but they have sensors on their skin that allow them to feel vibration and sense light. Worms may not have a nose, but they can still smell… through sensors on their rear ends (those poor worms!). They also breathe through the mucus on their skin, which is why worms need to stay slimy. Worms have a mouth without a tongue or teeth for eating. Instead their mouth has a flap, which keeps out unwanted items. In place of a stomach, worms have a crop – a storage organ – and a gizzard, which uses tiny pebbles and the worms’ movement to grind up food. Other animals like birds also have gizzards. Worms have long intestines in their bodies that work similarly to our intestines, absorbing nutrients from the worm’s food.

You can see many of a worm’s organs through its skin! Worms have clear skin – the color you see is actually the color of the worm’s blood. This means that if you put a worm on a clear plate or lid and hold a flashlight underneath, you can see the worm’s organs!

Scientists look VERY carefully at things and ask many questions! What can you learn from the worms? If you have any worm-related questions, you can email me at jtorrance@phipps.conservatory.org or go online and do your own science-sleuthing to learn more!

Journey North: The Life of an Earthworm 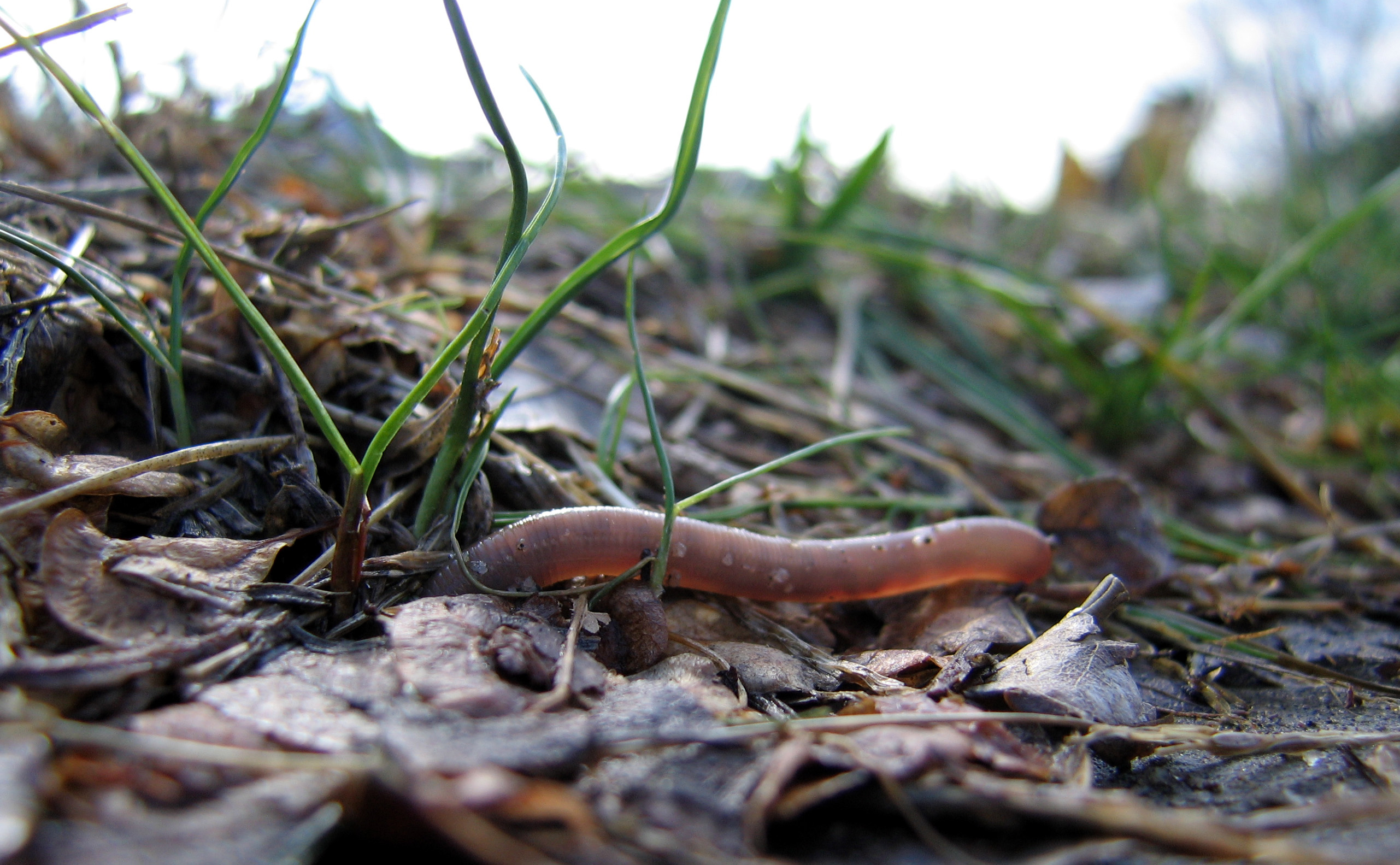 These are such great ideas and ways to help kids learn during this time.