Beluga Whales of the St. Lawrence River: The “River Sweepers”

Dr. Daniel Martineau has studied the beluga whale population living in the St Lawrence Estuary in Canada for nearly four decades. Through his research, he has detected cancer in the population that correlated to environmental contaminants.

“They share the same environment as us,” Dr. Martineau said. “Most of the Quebec population lives along the St. Lawrence Estuary. A lot of drinking water comes from the St. Lawrence River. So if these animals are sick and they cannot live in that environment, what about us? Maybe we are the next one in line. That’s the reason I study beluga whales.”

With a long lifespan — nearly the same as humans — and large percentage of body fat, beluga whales can accumulate lipophilic legacy contaminants.

Aluminum production began along Saguenay region, and along the Saguenay Fjord, which leads to the St. Lawrence River, in 1926. Nearly 40,000 tons of PAHs have been released into the Saguenay watershed.

The PAHs settle into the sediment, where beluga whales feed on worms, Dr. Martineau said.

“When I started my master’s degree, beluga whales were thought to dive no [deeper] than 20 meters. Now it is known that they dive at least 1 kilometer deep.”

In general, the beluga whale species is not endangered, Dr. Martineau said, as approximately 50,000 live in the Arctic. However, he noted, the population in the St. Lawrence is approximately 700 to 800.

He called the percentage of such a wide population of mammals dying of cancer “unusual,” as other similar studies of marine mammals revealed only 1 – 2 percent of adults dying of cancer.

“The beluga whales with gastrointestinal cancer were born when the PAHs contamination was worse,” Dr. Martineau said, “but in the beluga whales born after that, we don’t find cancer anymore, as simple as that. Since the pollution has been reduced, cancers have disappeared.”

In the study, Dr. Martineau also compared the St. Lawrence Estuary population to the beluga whale population in the Cook Inlet, Alaska, which were found to have some PAH concentration in tissue samples, and to the Arctic population of beluga whales, which exhibited no PAH contamination.

The results of Dr. Martineau’s publications accelerated the closure of an aluminum smelter that was still using an antiquated and highly polluting process. He has also made significant contributions to the study of viral carcinogenesis in fish. 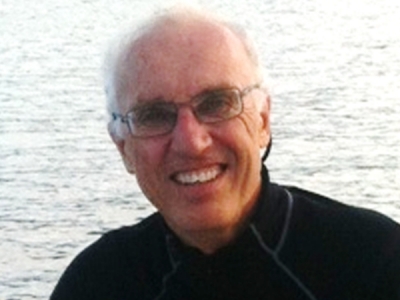 Dr. Martineau's research interests focus on viral and chemical carcinogenesis in aquatic animals in relation with human health. His aim is to reduce the carcinogenic and other negative impacts of viruses and chemicals on fish, cetaceans and ultimately on humans. More than 30 years ago, he established a program — still ongoing — to determine the causes of death of beluga whales inhabiting the St Lawrence Estuary (Quebec, Canada), the southernmost population of that species. Over the years, with many collaborators, he found that these endangered animals suffer a very high prevalence of cancer and that they are contaminated with polycyclic aromatic hydrocarbons (PAHs), carcinogenic compounds which are probably ingested through the contaminated invertebrates that live in the sediments of that region and which released by local aluminum smelters. The results of these publications, widely communicated through the media, accelerated the closure of an aluminum smelter that was still using the antiquated and highly polluting Söderberg process. He has also made significant contributions to the study of viral carcinogenesis in fish.