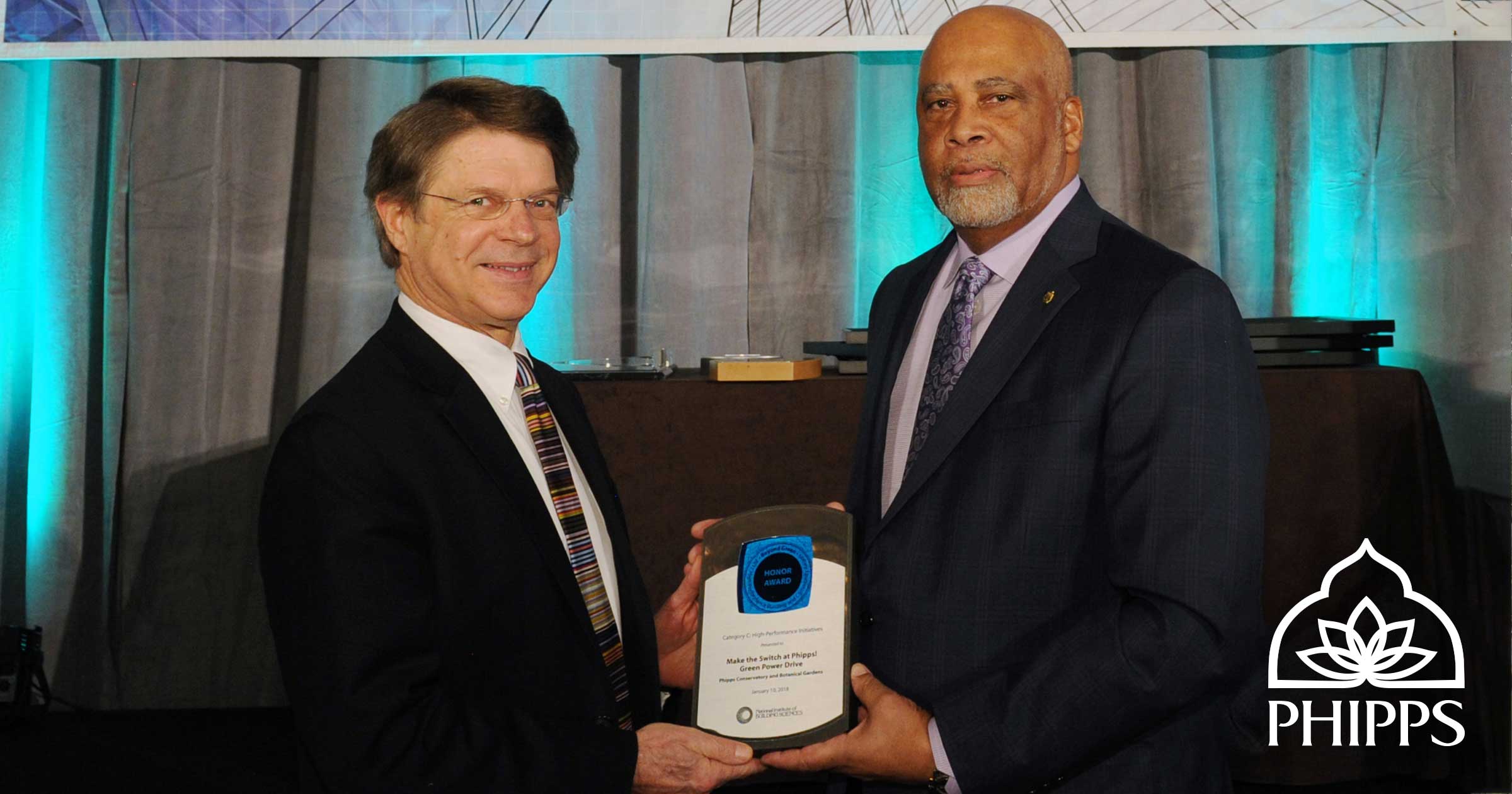 “Phipps has done some amazing things to educate the public on the importance of sustainability and what it means as part of their daily lives,” said Justin J. Zeulner, Beyond Green juror, and Executive Director and Co-founder of the Green Sports Alliance. “The Make the Switch at Phipps! program is no exception. By demonstrating the impact energy choices have on the region and then giving visitors a clear means to do something about it, Phipps has created a powerful initiative worthy of recognition.”

Phipps developed Make the Switch at Phipps! in response to a visitor survey finding that most guests consider climate change a threat now or in the future. The initiative shows guests that making a measurable difference is easy.  Guests who switch their home electricity source to renewable, fossil-free energy during their visit to the Conservatory receive a free, year-long family/household membership, and existing members receive a free six-month extension. By switching to green power, a family makes a first critical step toward a more resilient way of life, and through their new membership to Phipps, they increase their access to a resource for reinforcing the importance of green and healthy living.

During the Beyond Green portion of the Institute’s Annual Awards Banquet, Phipps’ Executive Director Richard V. Piacentini delivered a presentation highlighting the importance of renewable energy and the Green Power Drive program’s significant impact. The program will also be featured as a case study on the WBDG Whole Building Design Guide®.

Phipps is dedicated to showing that sustainable practices are good for people and good for the planet, making the world a more beautiful place. Demonstrating this commitment, since 2005, all of the electricity used at Phipps is renewable, some of which is produced on site. Since 2010, all of the carbon dioxide emitted in order to heat Phipps’ buildings has been offset. And from 2005 to 2016, Phipps reduced carbon emissions from heating, cooling and powering its buildings by 56% per square foot, which is double the Paris Climate agreement target of 26 – 28% by 2025.

About Phipps: Founded in 1893, Phipps Conservatory and Botanical Gardens in Pittsburgh, Pa. is a green leader among public gardens with a mission to inspire and educate all with the beauty and importance of plants; to advance sustainability and promote human and environmental well-being through action and research; and to celebrate its historic glasshouse. Phipps commemorates its 125th anniversary in 2018, celebrating its historic past, vibrant present and exciting future ahead — including inspiring seasonal flower shows, community events, public programs and groundbreaking green innovation. Learn more at phipps.conservatory.org.