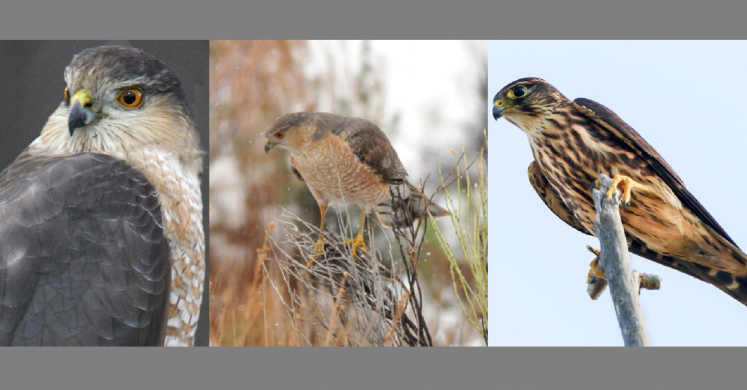 #bioPGH Blog: Coopers, and Sharpies, and Merlins - Oh My!

Today, folks, I am going to admit a not-so-secret secret: I have a difficult time distinguishing Cooper’s Hawks, Sharp-shinned Hawks, and Merlins in the wild. In a line-up, their size and plumage differences are enough to differentiate, but when I see one on its own, particularly in flight, I am more likely to default guess the most common of three depending on where I am. Do the three of them confuse you as well? Let’s see if we can tease out important differences to look for, but please share your own insights in the comments below. There is so much to learn about the natural world — let’s work on it together! 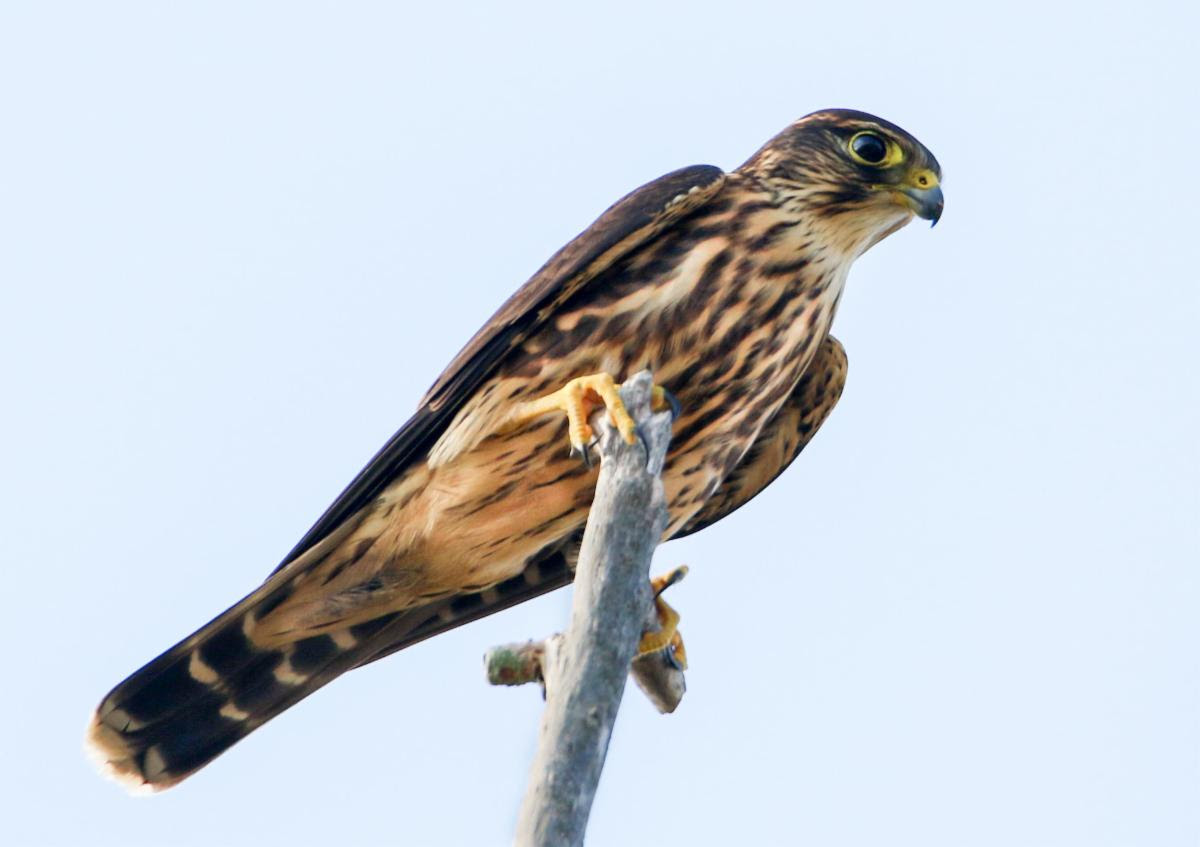 Here in Pennsylvania, we are less likely to see Merlins outside of migratory seasons. In Eastern North America, they breed in Canada and winter in Florida, Texas and the southern-most stretches of Georgia, Alabama, Mississippi and Louisiana. They are only 9-12 inches tall with an average wingspan of approximately two feet.

Cooper’s Hawks
Ranging 14-17 inches tall, Cooper’s Hawks (Accipiter cooperii) are much larger than Merlins, but I know that information can be difficult to use when watching a bird in flight. Also, since female raptors can be about a third size larger than males, a female Merlin or Sharp-shinned Hawk can be nearly the same size as a male Cooper’s Hawk.

Photos: FWS (Update: the bird on the right was listed as an immature Cooper's Hawk by the USFWS, but it has come to our attention that this is probably an immature broad-winged hawk.) 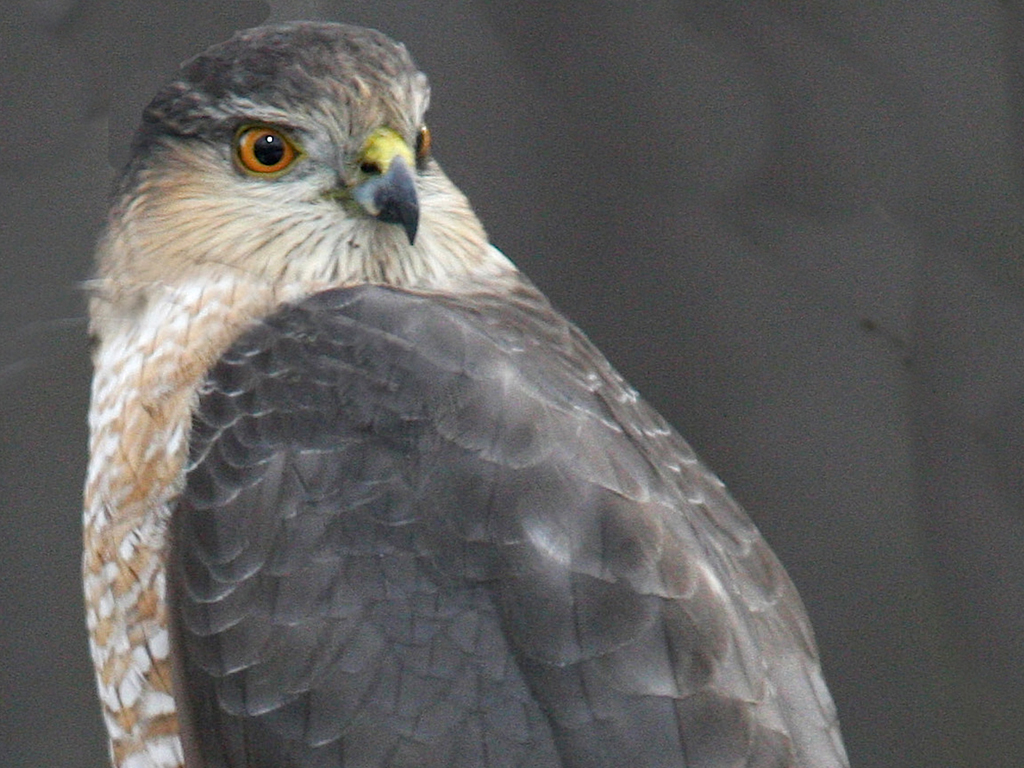 Telling Them Apart?
The good news about identifying Merlins is that in Pennsylvania, we are most likely to only see them during migration as they pass over the state. Since they look like an immature Cooper’s or Sharpie to me, I can more easily rule them out in the spring, but be mindful of their smaller size (9-12 inches tall) if I see them in autumn. Now, as for distinguishing the Cooper’s Hawk and the Sharp-shinned Hawk, a number of birding sources suggest that if you’re seeing something the size of a large Blue-jay, it’s probably a sharpie, and if it’s the size of a crow, it’s probably a Cooper’s. Granted, the size discrepancy between males and females makes that line trickier. This guide from the Audubon Society suggests looking at head shape – a Cooper’s Hawk will have a comparatively larger domed head relative to its body than a Sharpie. This guide from Cornell also suggest looking for the comparatively longer and more slender legs of a Sharpie (thinking to the name – “sharp-shinned”), and it also notes that in flight, a Sharpies’ head doesn’t protrude forward from their wings like a Cooper’s head does, which gives Cooper’s a more cross-like shape in flight.

I’ve been lucky enough to ID them by call as well. Their calls can share a similar pattern, but Sharpies are higher pitched than Cooper’s, as you can hear below.

In the end, though, practice in the field is the best way to learn. Bird-watching in your own neighborhood or somewhere like the Allegheny Front hawk watch during migration (once it allows visitors again) are all great ways to get in some birding experience. I’m sure I will record many an instance of “Sharpie/Cooper?” in my journal the future, but I will keep working on it! And feel free to share your own suggestions for me in the comments!

Connecting to the Outdoors Tip: You can always go birding on your own to any of our state, county, or local parks; but once pandemic situations calm done, Pittsburgh has a lively community of birders to get involvewd with!