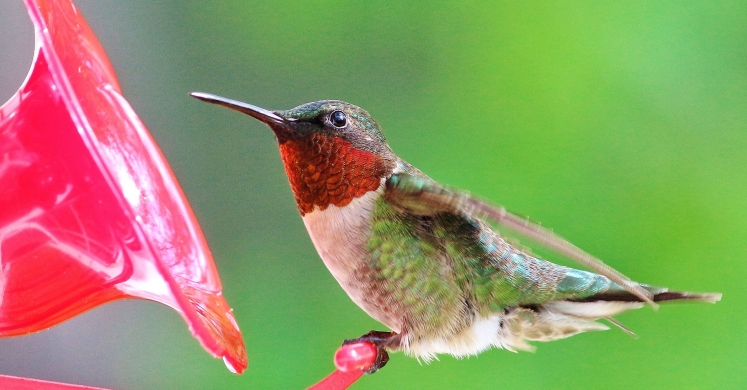 If ever there was a bird that seemed to fly out of the pages of a fairy tale and personify a pixie, it would have to be the hummingbird. Their abilities and antics in flight seem almost magical, and their endurance for long migrations is the stuff of legend. Here in Pennsylvania, our precious pixie is the ruby-throated hummingbird, the only hummingbird to breed in our state (though the Western Hemisphere is home to approximately 360 species). Fairy or not, let’s learn a bit more about this feathered phenom, shall we?

Hummingbirds as a group are the smallest birds in the world. Cuba’s bee hummingbird weighs only about 1.95 grams — less than half the weight of a quarter. (Be sure to check out the tiny model in the Tropical Forest Cuba!) Our own ruby-throated generally average between two and four grams — about the weight of two to four paperclips. And, of course, a tiny bird lays tiny eggs. A ruby-throated hummingbird egg is only about the size of a jelly bean.

In spite of their tiny size, hummingbirds are quite the little powerhouses. They have a rapid heart rate — up to 1,200 beats per minute during the day —and their quick wing beats blaze through their energy supplies. While we all know that hummingbirds love nectar, they spend up to of half their foraging time looking for arthropods to give them adequate proteins and nutrients. Nectar and insects included, hummingbirds eat roughly their entire body weight every day to just to maintain their size.

While their normal diet is impressive, their pre-migration diet includes even more food! They need the extra energy because hummingbirds have an extremely long-distance migration, especially when we consider they are such a tiny bird. Every fall, they travel all the way from Pennsylvania (or from as far north as Canada) to southern Mexico and even Costa Rica and Panama. Though they can be found in Pennsylvania as late as October, most of our hummingbirds will begin heading south in the next 4-6 weeks. Their return trip usually begins in February, and we see the first hummingbirds back to Pennsylvania in early April. And as if the long distance wasn’t already impressive enough, for some individuals, their migratory journey might actually include travelling over the Gulf of Mexico. The less daring — though equally hardy — individuals will travel along the Texas coastline instead.

Hummingbirds may be most famous, though, for their amazing wing speed! (The hum of their wingbeats is how they earned their name.) Depending on the species, hummingbirds can beat their wings up to 80 times per second, which is part of what allows them to engage in all sorts of flight maneuvers that aren’t possible for other birds. Hummingbird muscle contractions are among the fastest across vertebrates, outside muscles involved in sound production; this exceptional ability plus their wing shape and their unique “figure-eight” pattern of flapping all work together to allow hummingbirds to fly forwards and backwards in addition to hovering. In fact, a 2014 paper studied hummingbird hovering and found their flight abilities to be comparable to helicopters, capabilities that are unique among birds.

If you are out and about near flowers this summer, keep your eyes open for our little fairy-like friends. And remember, they may be small, but they are as tough as the Steel City! 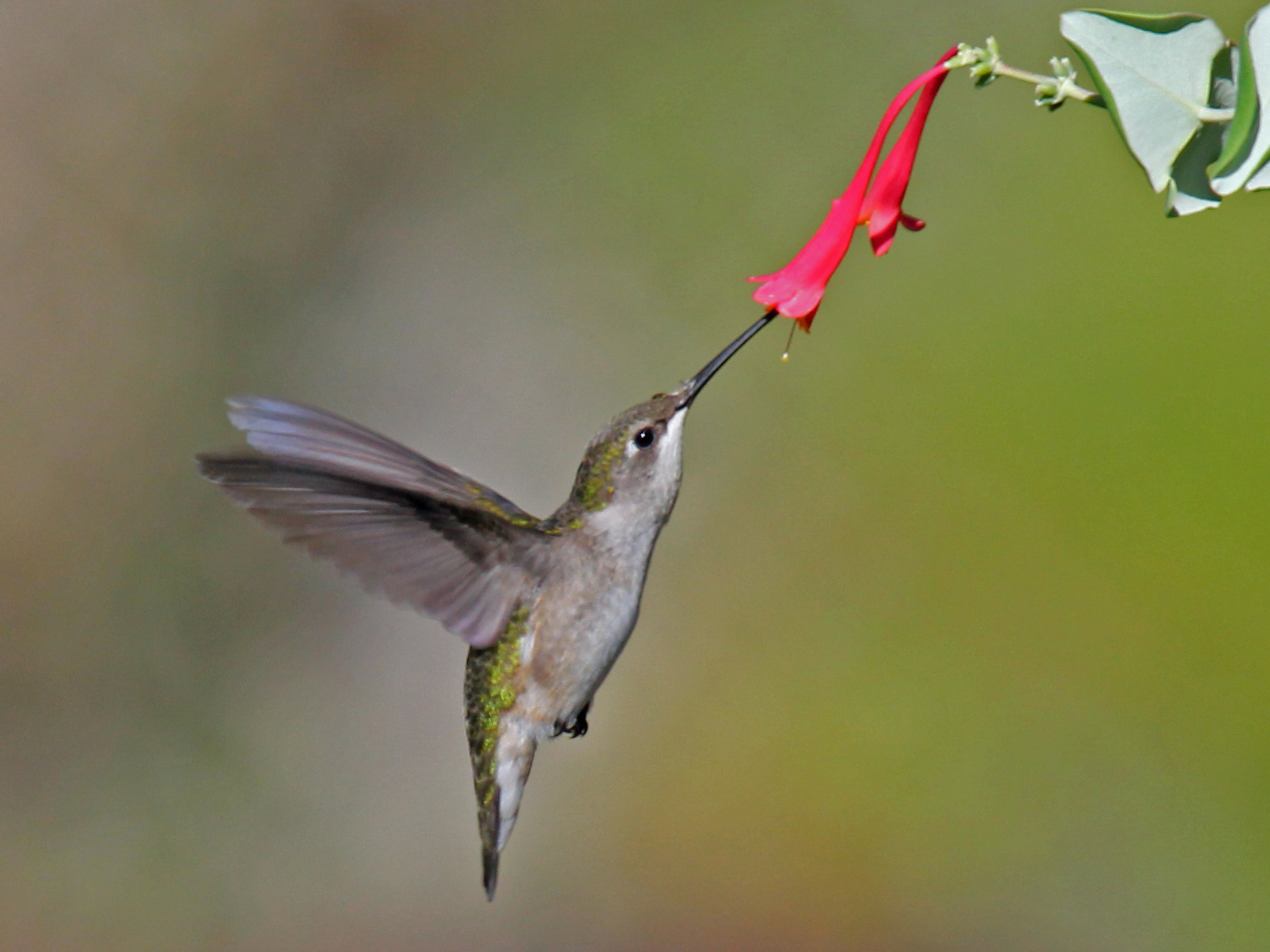 Connecting to the Outdoors Tip: Ruby-throated hummingbirds can be spotted all over Allegheny County! Check out eBird for some local hotspots!