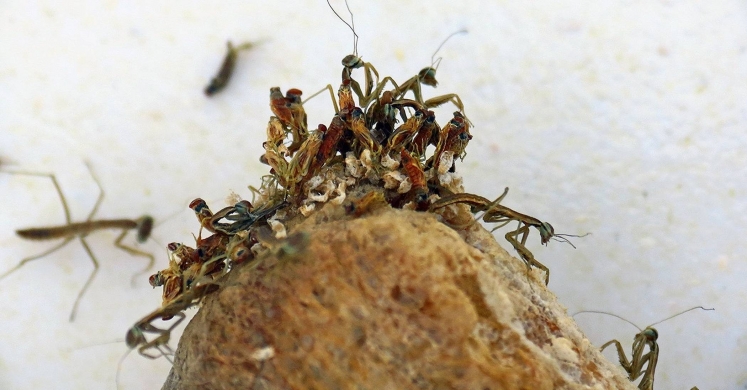 #bioPGH Blog: The Case of the Mysterious Ootheca

If you’ve been reading along with us for a while now, you may remember that every December, I take part in an annual citizen science effort, the Audubon Christmas Bird Counts (CBC). On the bird count I attended last week, nature had a slight distraction from birds in store for me when I came across one of these: 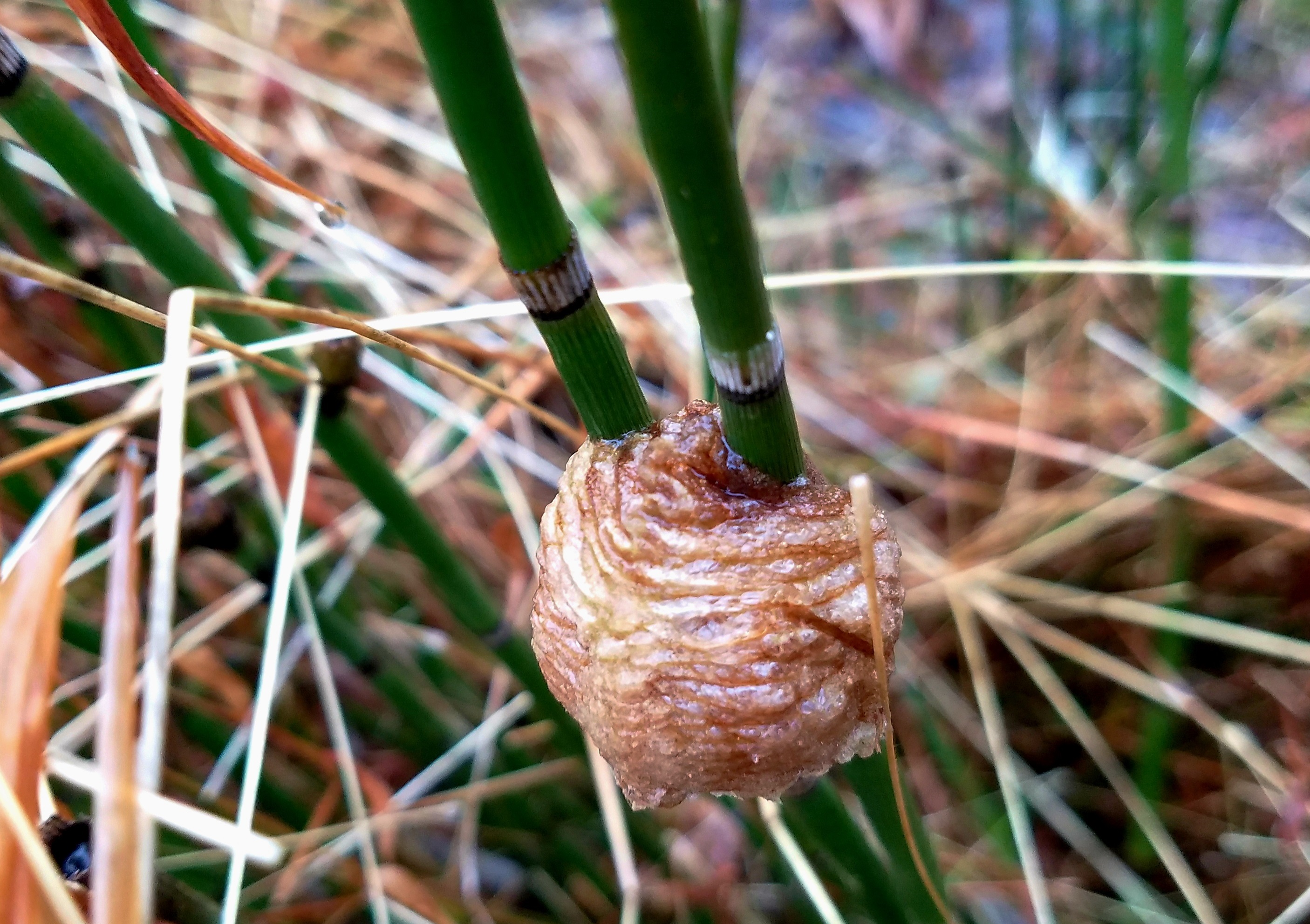 Found just outside Freeport, near the Allegheny River, December 2018.

Do you recognize it? You may have seen a picture of one this holiday season along with words of caution to remove it from your tree before you start wrapping on the tinsel and lights. It’s the egg case of a praying mantis! I found this one in particular (plus about ten more) in the same general area where I had spotted them in previous CBCs, but they still catch my attention. Let’s take a close look at these strange little cases, shall we? 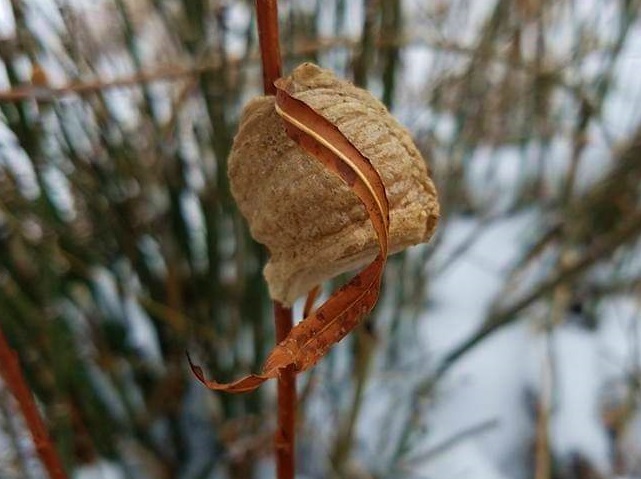 Technically, what I found is called an “ootheca.” It’s an egg case made by foamy secretions that mantis females expel at the ends of their abdomens. When the foamy materials mix together, they dry to form a hard, protective covering for the eggs inside. Females will produce these egg cases in the fall, and the eggs can safely overwinter until hatching in the spring. If you happen to find one, though, be sure to leave it outside. The eggs’ hatching time is temperature-dependent and bringing them indoors can trigger an early hatch—your home would be full of hundreds of tiny mantis nymphs!

In the video below, you can watch a female Chinese mantis producing an ootheca.

Intriguingly, these ootheca, and the material that comprises them, have become of distinct interest to biomedical researchers in the last several years. If we were to look at the foamy substance on the molecular level, we would see that it includes a very special shape of protein (coiled coils), which may be the key to medical advances ranging from nanotechnology to vaccine delivery. Of course, this direction of study could only have come about from researchers who were purely interested in understanding mantis egg cases for their own sake. Exploration, learning, and discovery are never in vain!

The ootheca I found was most likely from a Chinese mantis, like in the video above. Pennsylvania is only home to one native species, the Carolina mantis (Stagmomantis carolina); but we are also home to three introduced species of mantis, Chinese mantis (Tenodera sinensis), narrow-winged mantis (Tenodera angustipennis), and European mantis (Mantis religiosa). The benefit versus detriment from the presence of the three non-native species is somewhat debated: on the one hand, the non-native species do tend to devour pest insects, a natural form of pest management all on their own. Some companies even sell the egg cases of Chinese mantises specifically for that purpose. However, their predatory prowess is sometimes a bit overzealous as they don’t particularly distinguish between pests and pollinators, which can outweigh the benefit of their presence.

Overall, though, finding these little egg cases feels like finding a hiddern treasure - almost like nature is leaving little secrets behind. It's the joy of exploring! 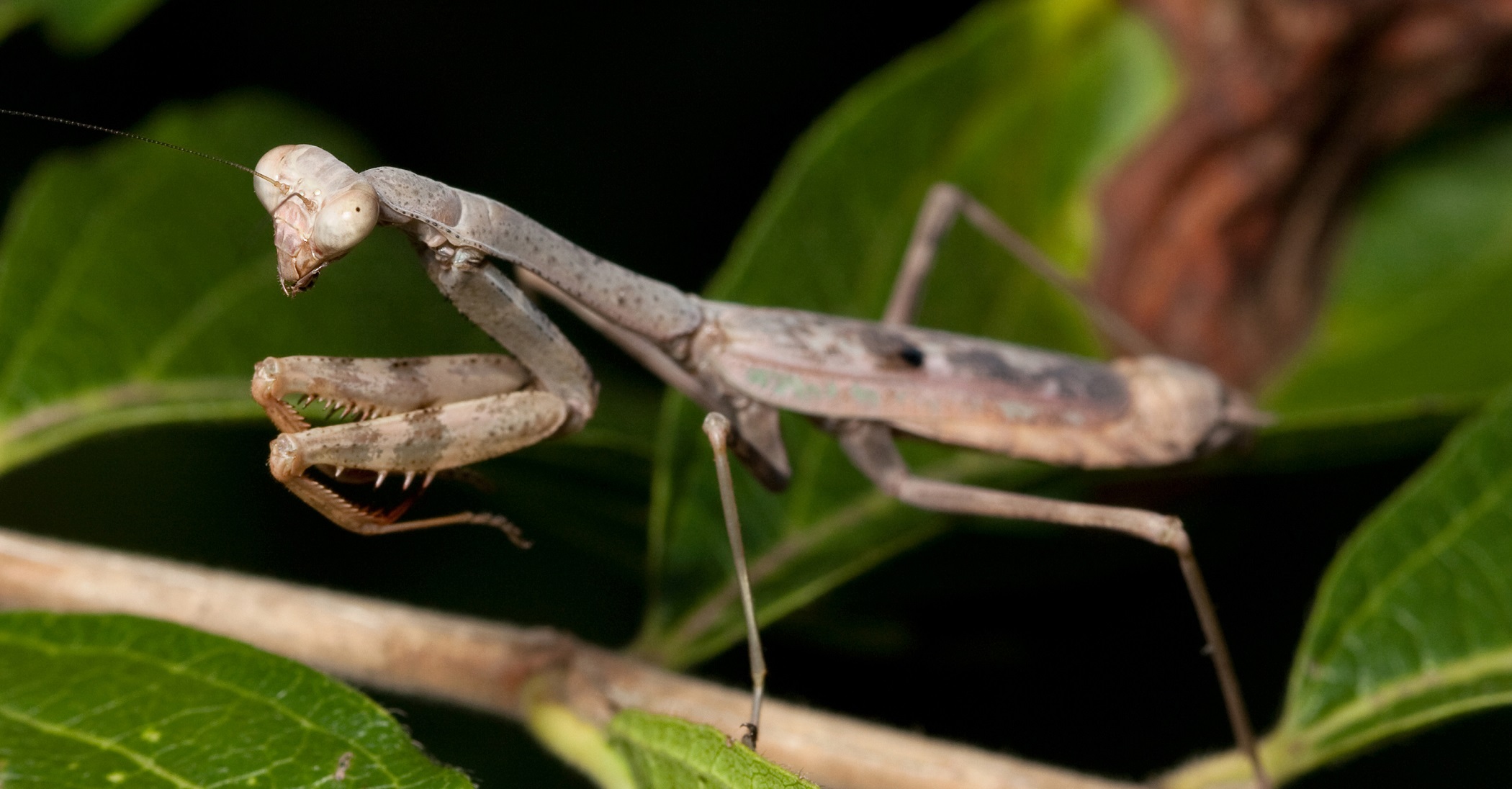 Connecting to the Outdoors Tip: If you're looking for mantis egg cases, keep an eye on the twigs and branches of shrubs or bushes near edge habitats, meadows, wetlands, or other open areas - perhaps even on fence posts.