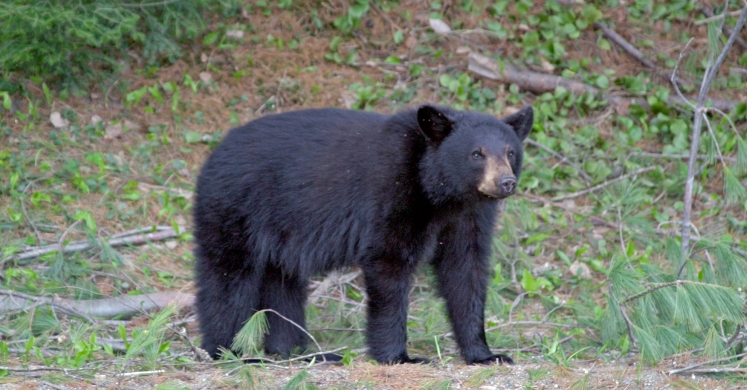 This past week certainly brought on some brisk weather.  When the temperatures drop, some of us might want to curl up under a warm pile of blankets and hibernate like one of Western Pennsylvania’s black bears until spring! But true bear hibernation might not be the long winter's nap that it sounds like. This week, state wildlife biologist Mark Ternent of the Pennsylvania Game Commission provided some insight on this fascinating phenomenon.

The first thing to know about hibernation is that it is not exactly a response to cold weather. Just like bird migration that we talked about last week, hibernation is actually triggered by low resource availability—it’s an adaptive response to summer’s food supply running low. Once foraging (searching for food) costs the bears more energy than what’s available in the landscape, bears’ bodies make the decision for them. As they begin “denning” in either an excavated hollow or something that resembles a nest, their metabolism drops dramatically, and their heart rate and body temperatures lower slightly - the physical hallmarks of hibernation. 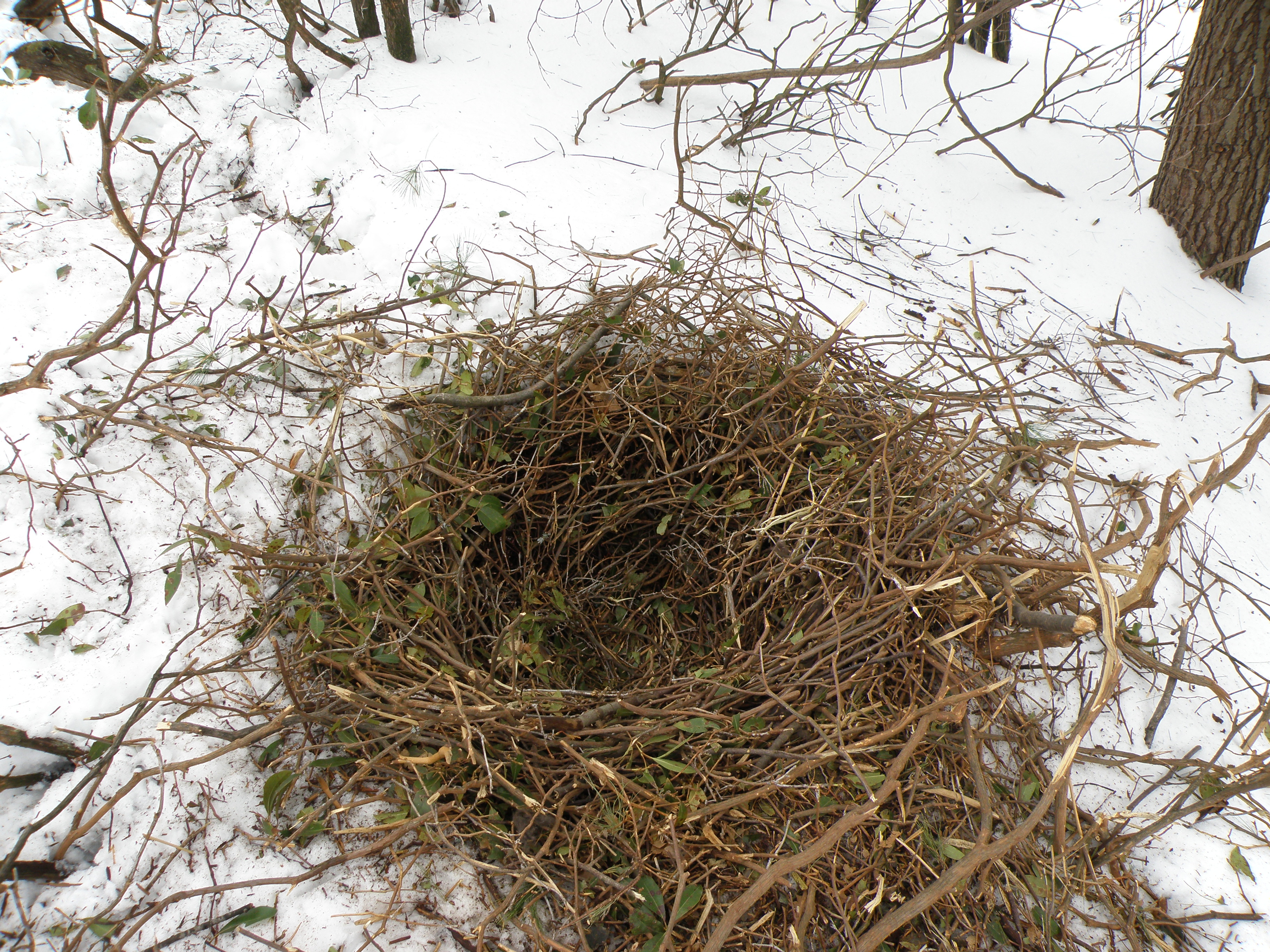 Actual bear "dens" are typically not what we might imagine as a den. This den (that rather looks like a bird nest) was used by a mother and cubs in Clinton County. Photo: PA Game Commission.

In our general region, the timing of black bears’ hibernation correlates with the abundance of acorns produced in that same year.

“This year’s acorn crop was pretty good, so bears won’t need to start hibernating as early as they might if acorns were in low supply.” Ternent explained. (We might wonder at that statement, but since bears are opportunistic omnivores, they really go after quite a variety of food items.)

Even when food supplies start running low, though, male and female black bears will begin hibernating at different times.

“Pregnant females will start denning first,” Ternent explains. “Then your solitary females or the ones who have yearling cubs, and lastly the males will start hibernating.” The reasoning makes perfect sense: pregnant females have the highest energetic demands. When resources become scarce, a drop in energy use is just what nature ordered. Similarly, a female with yearling cubs will have high energetic needs. Males, on the other hand, are solitary and don’t have the extra demands of cub-rearing. It follows, then, that the first to “awaken” in spring are the males, followed by females with cubs, and last, the females with brand new January cubs.

The word hibernation to describe bear wintering behavior has stirred some debate in the past, but is generally accepted now. The discussion surrounded the fact that when bears hibernate, they don’t fall into a classical “deep” hibernation like, say, a groundhog.

“If mid-January you found Punxsutawney Phil in his hole, and tried to wake him up, it would a take a little work,” said Ternent. “You’d have to move him around a bit, warm him up, and even then, he’s not going to act normal.” For classic hibernators, it does seem like a deep sleep but with a low body temperature and metabolism. “When they hibernate, they’re not at all aware of their surroundings.”

Bears, on the other hand, aren’t necessarily “sleeping” as we might call it.

“Bears can be completely aware of their surroundings, and even jump off their dens and run away if something startles them…You get a human who has been in bed two or three months, we’d need physical therapy to do that, but bears’ bodies are different.”

In fact, females even give birth in hibernation! Cubs tend to be born in January, and at birth, are very underdeveloped—virtually hairless, blind, and only a tiny fraction the size of mama who probably weighs roughly 200-250 pounds. Yet throughout hibernation, mom has to take care of the babies, from nursing to grooming, meaning bears have to be aware of their surroundings throughout the roughly five months a female could spend hibernating in their den until spring.

And as it always does, spring will arrive! Until it does, though, you can learn more by checking out the Pennsylvania Game Commission’s page on Living with Black Bears or National Geographic’s black bear information sheet.

Connecting to the Outdoors Tip: Can you see a black bear in Allegheny County? Well, they are here for sure, eastern Allegheny County in particular, but even 500-pound males are fairly shy and would rather avoid us if they know we are around. If you’re out walking in the woods here or in a surrounding county, and you happen to spy a bear, be sure you give it plenty of space. Make noise to let it know you’re there—clap your hands, yell, stomp, and slowly back away (watching the bear as you go). Black bears don’t want to run into us, so don’t let it stop you from enjoying the outdoors. Just take pride in the fact that Pennsylvania can support fantastic wildlife. And remember, never feed bears! 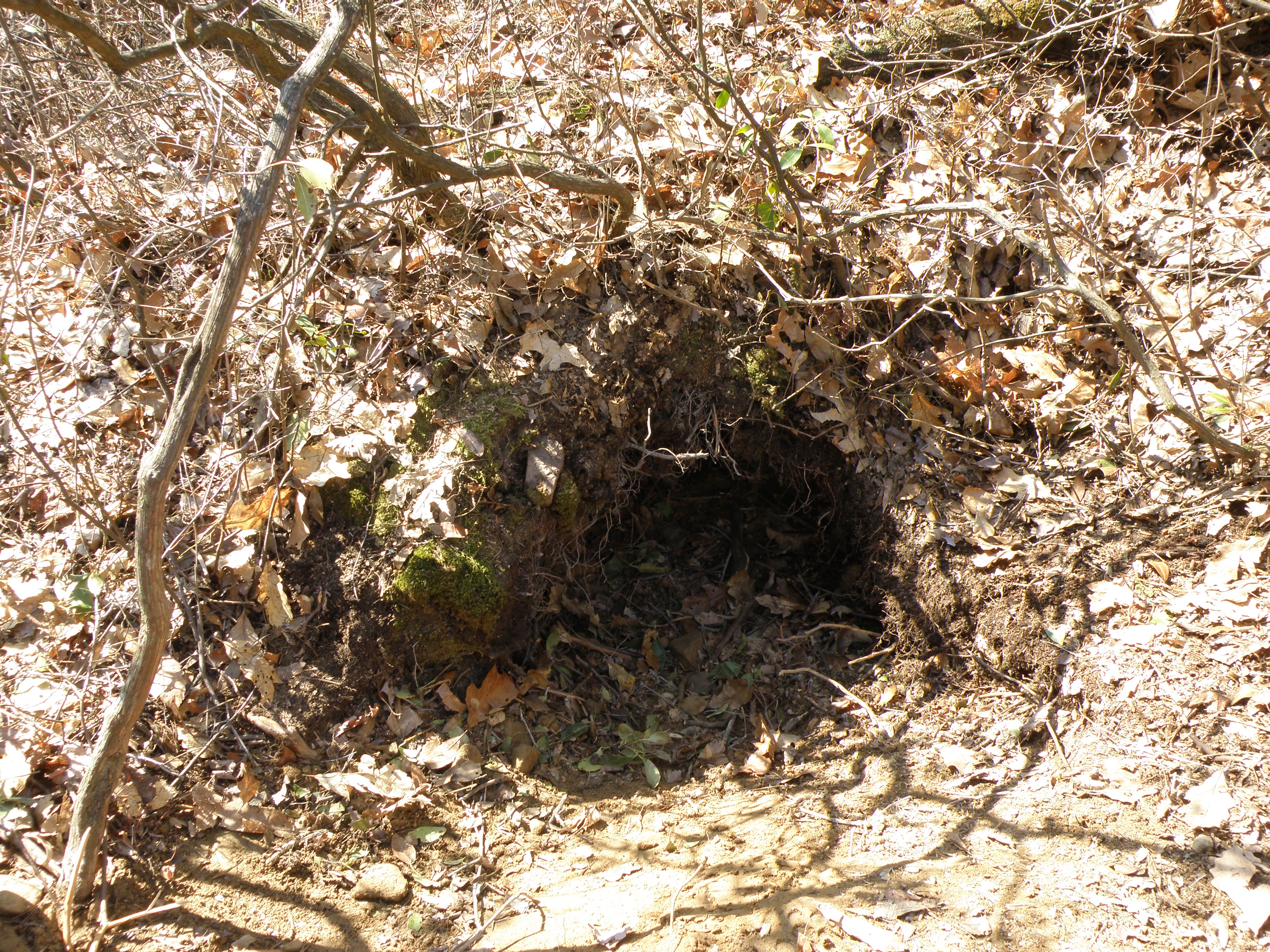 An excavation den, also from Clinton County, used by a mother and cubs. Bears actually quite rarely hibernate in caves or rock cavities. More common are "nests" on the ground, or excavations like this under brush piles or fallen logs. State biologists have even found them in abandoned cars and in culverts under interstates! Photo: PA Game Commission

Behavioral Ecology and Sociobiology—Bears and berries: species-specific selective foraging on a patchily distributed food resource in a human-altered landscape