NOTE: All Phipps tickets must be purchased in advance, and new safety protocols are required. Learn more about how you can join us! 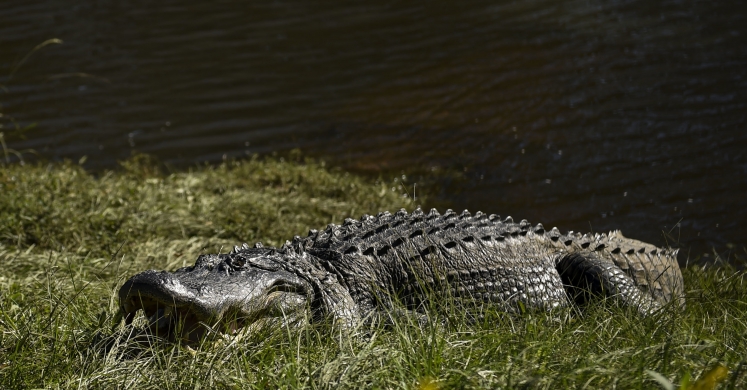 Back in April, we discussed the idea that wild animals are not the best pets for multiple reasons, including conservation, the health and safety of the animal, and the “wild” factor. Since Pittsburgh has recently seen a strange little burst of alligator appearances across the city, we thought it might be helpful to revisit the idea, and make a special plea that alligators do not make the best pets for a few different reasons.

First to answer that burning question we all have, though: can alligators be legally kept as pets in Pennsylvania? Yes. According to the Fish and Boat Commission, there are currently no state laws against it.

Safety of Humans
Alligators are particularly problematic as pets because they are large, wild predators. Even if they have been raised alongside humans since hatching, they are not domesticated - domestication is a specific term that refers to generations of selective breeding. Plus—and I say this with the greatest appreciation and respect for the animal—they are large predators with very small brains.* Gators cannot be trained the same way a dog can, they are highly driven by instinct, and they are highly reactive to stimuli. All of this means they are unpredictable and dangerous in a domestic setting (not to mention an adult’s jaws can produce a bite of 2000+ pounds of force!)

Safety of the Gators
All three of the alligators here in Pittsburgh recently were most likely abandoned or escaped pets. In addition to either of these scenarios becoming a dangerous situation for humans, Pennsylvania is a dangerous place for the gators themselves. They can survive our summers, but our winters are far too cold for them. Like other reptiles, alligators are cold-blooded (ectothermic) and need an external heat source to maintain their body temperature. Unlike our local reptiles, they are not adapted to hibernating through the winter months. For example, our own local snakes will den in groups underground below the frost line, and most of our turtles bury into the mud at the bottom of ponds. These hiding places, combined with the physiological changes of hibernation, allow them all survive our freezing months; but none of these strategies are options for alligators.

Plus, to put an anthropomorphic spin on the situation, alligators don’t want to live alongside humans. They are not domesticated, and as animals that are generally solitary by nature, they don’t see their human owners as “family.” For them, living in a domestic situation is stressful. In addition, given the limited availability of vets in the area who serve large exotics, their healthcare may not be up to par—particularly because maintaining an appropriate pool for them is expensive and difficult.

In the end, an alligator as a pet is not a great idea. If you do find an alligator out and about in Pittsburgh, even a young one, do not try to catch it yourself. Call 911 and emergency services will help!

*Brain size is certainly not an automatic indicator of intelligence, and all animals are as smart as they need to be in the wild. That being said, alligators have a brain that weighs roughly 8-9 grams, or roughly about the same as two tubes of Chapstick, in spite of an adult size of 700—1000 pounds. Gators can be “trained” or habituated to different scenarios and behaviors, but not to the extent that makes them safe to live alongside humans. They are, however, masters at survival in their own environments and highly capable predators. We need to respect that.