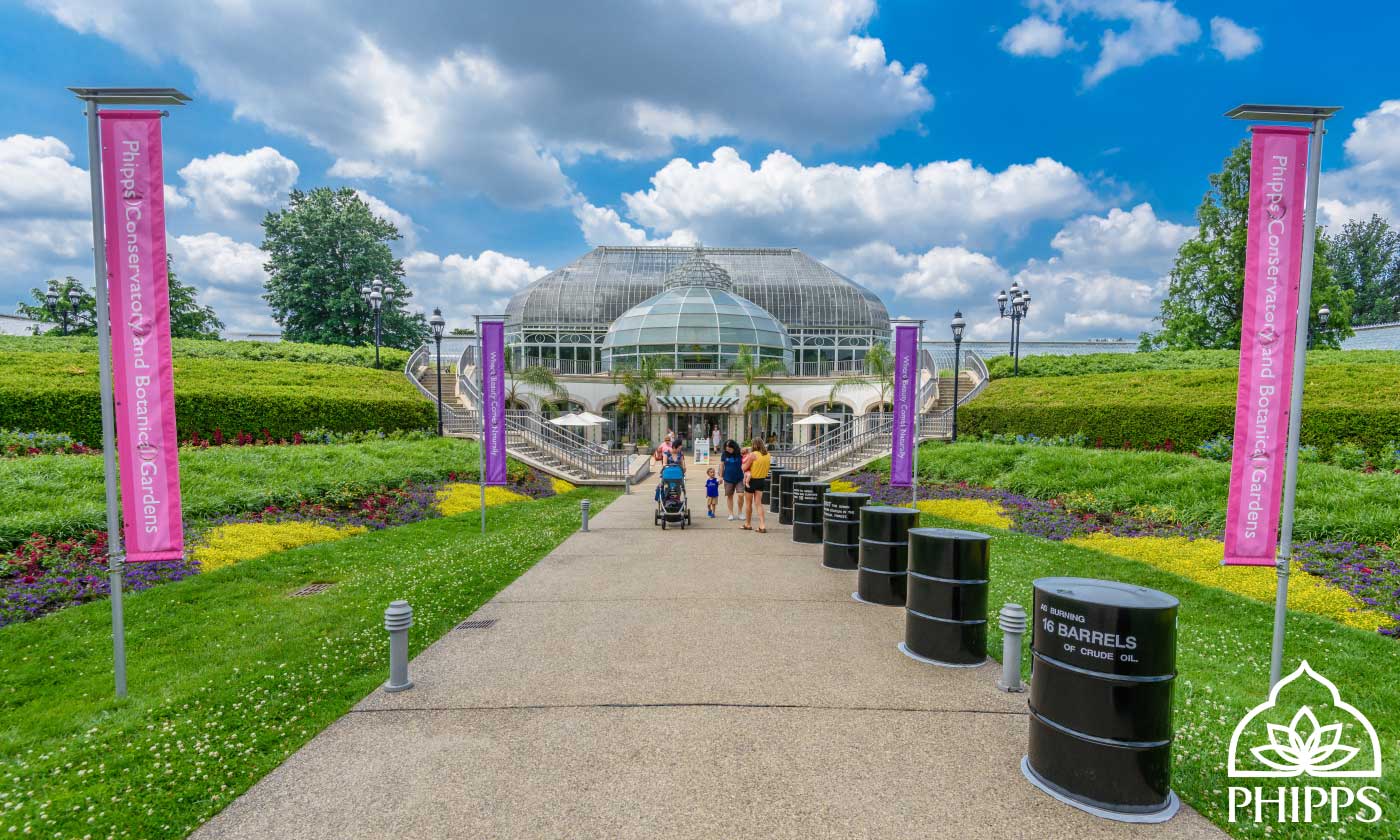 Pittsburgh, Pa. — Phipps Conservatory and Botanical Gardens has helped 2,000 households convert from traditional electricity to fossil-free renewable energy through its Make the Switch at Phipps! Green Power Drive in partnership with Green Mountain Energy, a milestone reached today. Powering the average Pennsylvania home emits approximately the same amount of carbon dioxide as burning 16 barrels of oil would emit. At the end of a year, Phipps estimates these guests will have prevented 16,000 tons of carbon dioxide emissions — equivalent to saving 33,605 barrels of oil from being burned!

Phipps initiated the Make the Switch at Phipps! Green Power Drive to show guests that making a measurable difference is easy. Guests who switch their home electricity source to renewable, fossil-free energy during their visit to the Conservatory receive a free, year-long family/household membership, and existing members receive a free six-month extension.

Phipps is dedicated to showing that sustainable practices are good for people and good for the planet, making the world a more beautiful place. Demonstrating this commitment, since 2005, all of the electricity used at Phipps is renewable, some of which is produced on site. Since 2010, all of the carbon dioxide emitted in order to heat Phipps buildings has been offset. All lights used in the Winter Flower Show and Light Garden are energy-efficient LEDs. And from 2005 to 2016, Phipps reduced carbon emissions from heating, cooling and powering its buildings by 56% per square foot, which is double the Paris Climate agreement target of 26 – 28% by 2025.

In a visitor survey, Phipps learned that nearly nine out of ten Phipps guests consider climate change a threat and are seeking easy-to-understand information to take action. Phipps understands that climate change is a topic that can feel so daunting that people may think they cannot have an impact; however, getting started is much easier than they may think!

In addition to Make the Switch at Phipps!, Phipps has introduced Easy Steps with Big Impact for Climate Change — the new online resource at phipps.conservatory.org/EasySteps that provides 10 simple, effective ways to take the next step in climate action. This resource will help guests who want to make a difference but don’t know where to begin. Each step includes real-world tips, personal examples from the experts at Phipps, plus additional resources to dig deeper in taking the next crucial steps toward a greener lifestyle.

Phipps recently garnered national recognition when it received the EPA’s 2017 Green Power Leadership Award for Make the Switch at Phipps! and its educational sustainability programs. Among organizations registered with the EPA’s Green Power Partnership, Phipps is one of only six institutions in the Museums, Parks and Zoos category and the only public garden that uses 100% renewable energy.

About Phipps: Founded in 1893, Phipps Conservatory and Botanical Gardens in Pittsburgh, Pa. is a green leader among public gardens with a mission to inspire and educate all with the beauty and importance of plants; to advance sustainability and promote human and environmental well-being through action and research; and to celebrate its historic glasshouse. Learn more: phipps.conservatory.org.