Tropical Forest India was perhaps most notable for the vibrance of its colorful displays, which emulated the enthusiastic use of color by the people of India in their culture. Exhibit features included a temple facade on the entrance to the Special Events Hall, a display of Ayurvedic healing plants, including tulsi and ashwagandha, which have been used for holistic purposes in India for centures. A mock spice market was positioned near display beds where guests could see the actual plants growing the spices, including turmeric, cardamom, cinnamon, ginger, mustard, cumin and pepper as well as tea trees. Local Indian artists also created original authentic art for the exhibit. 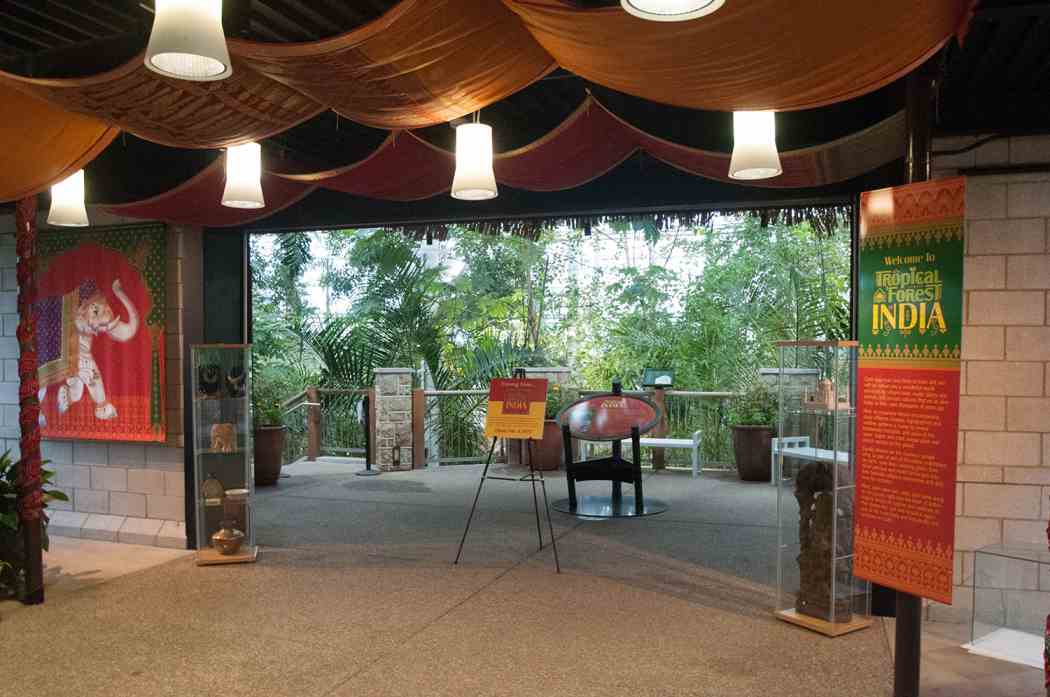 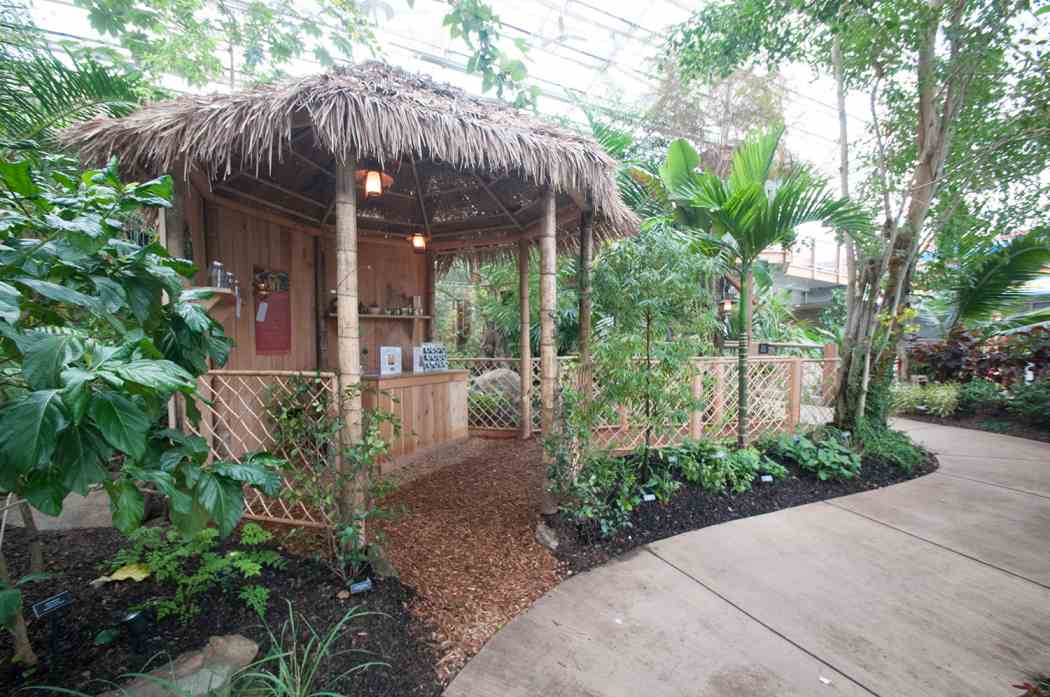 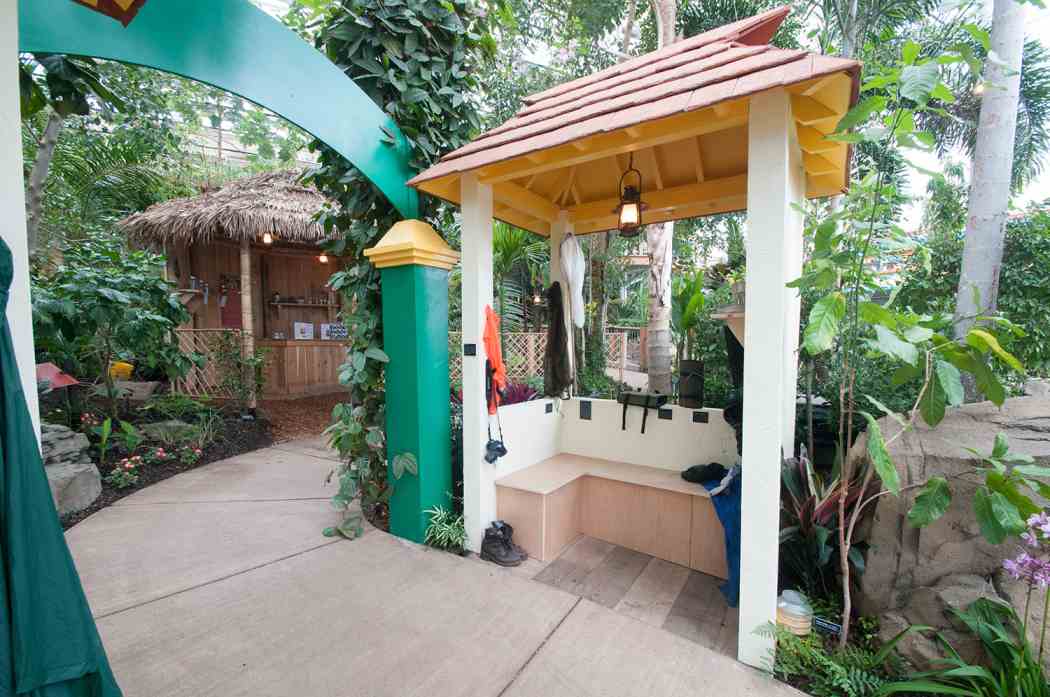 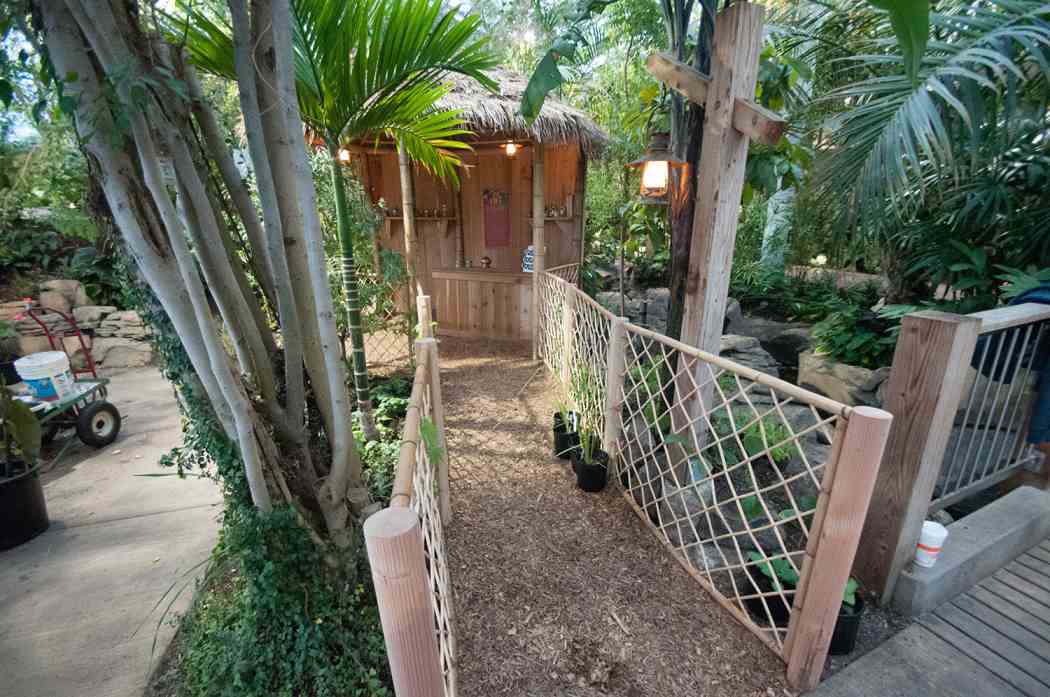 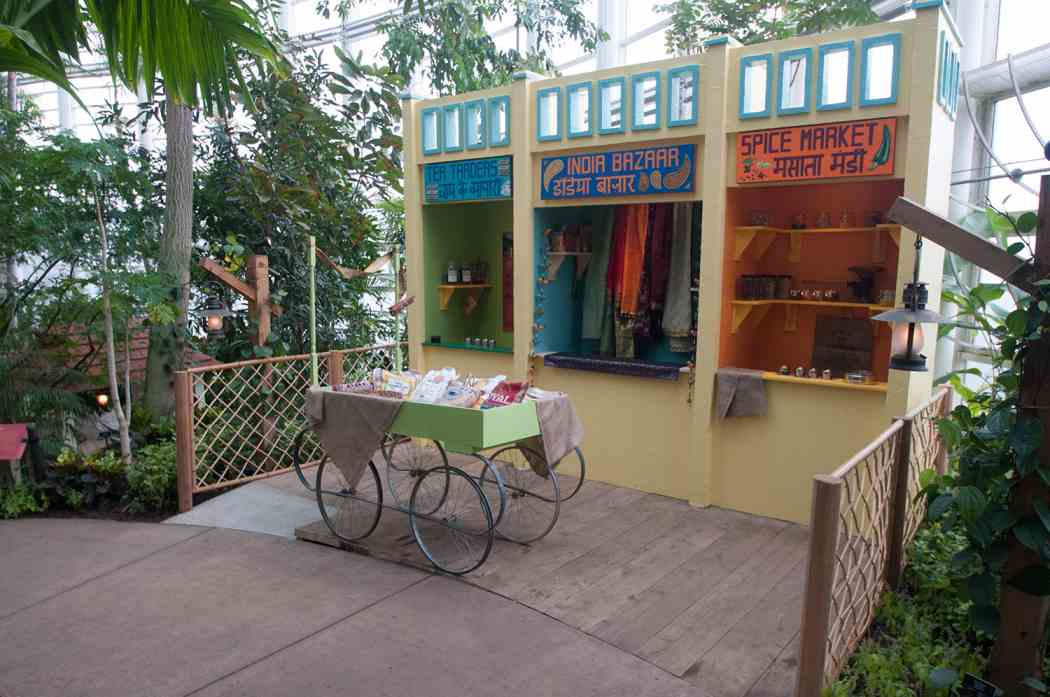 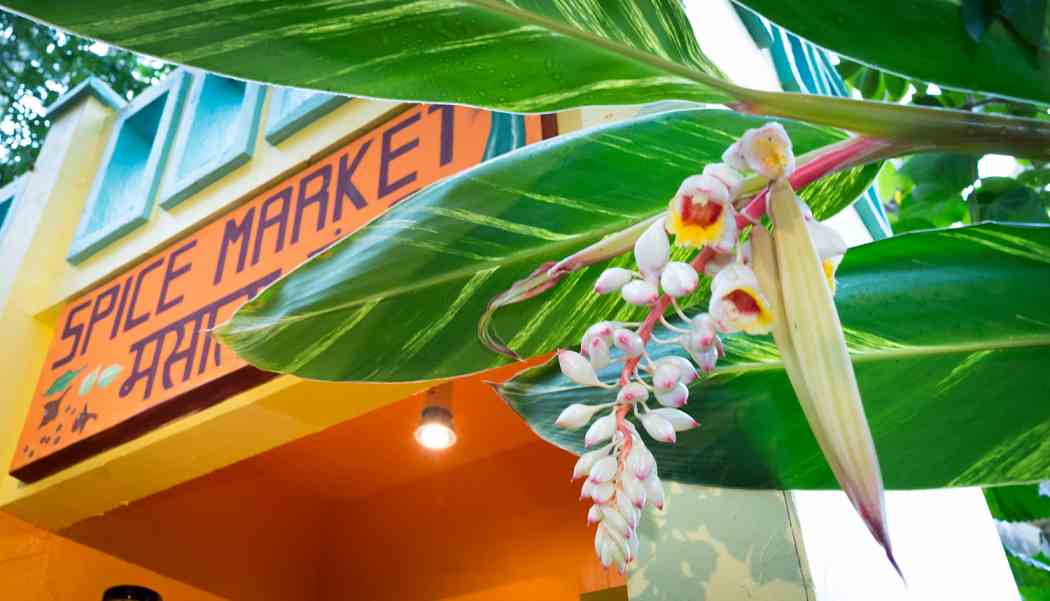 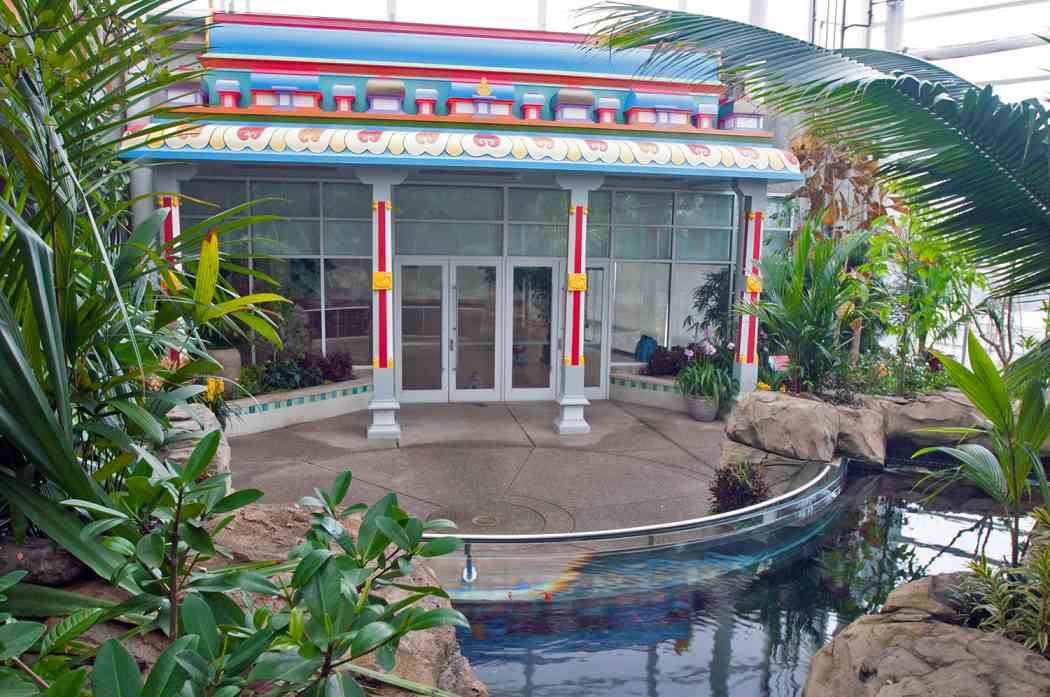 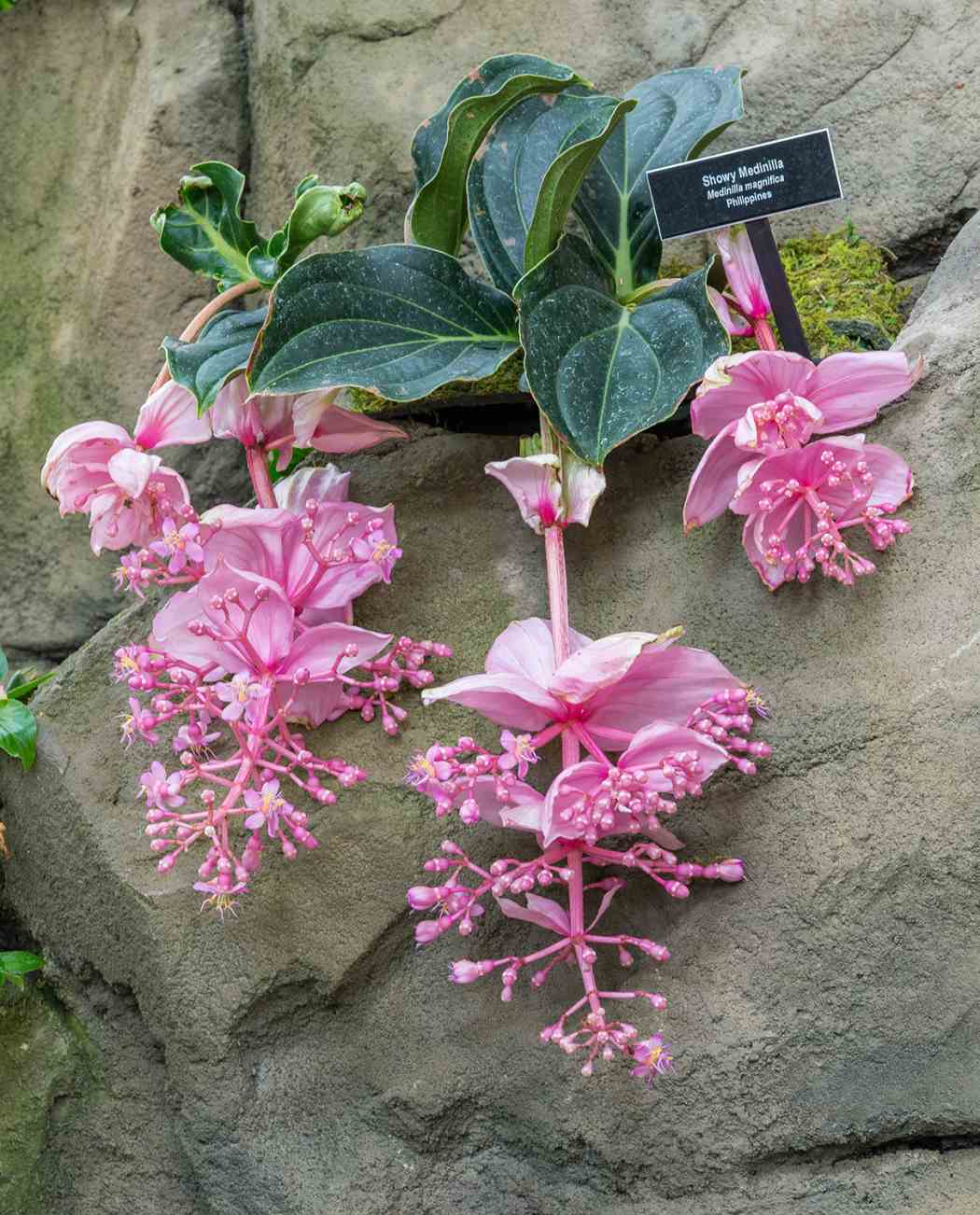 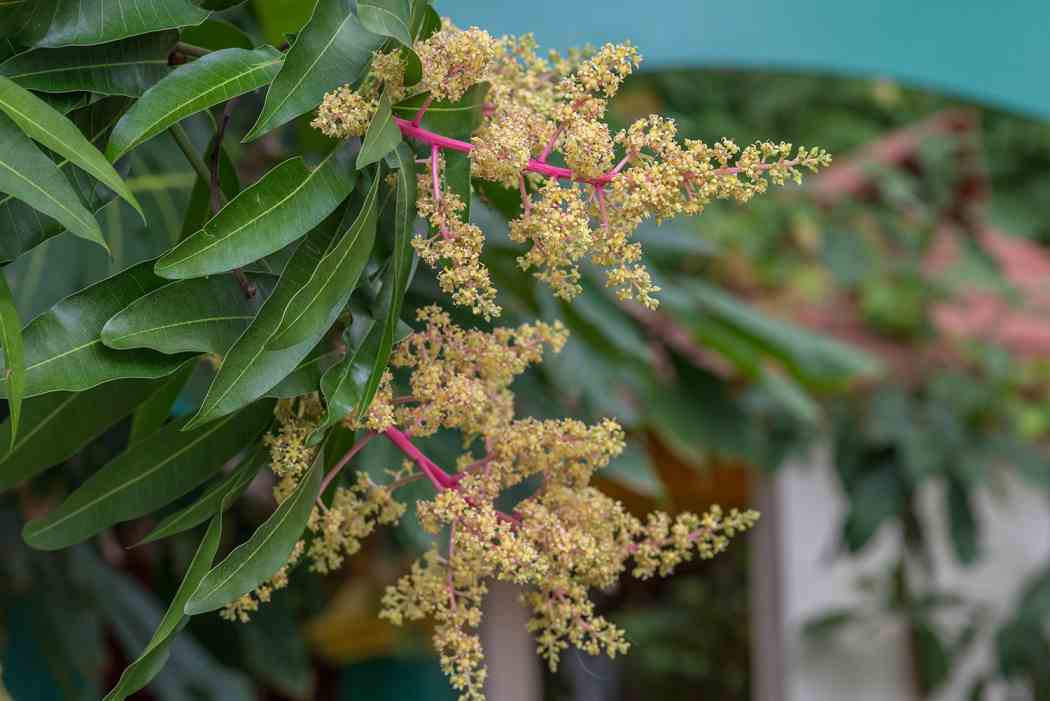 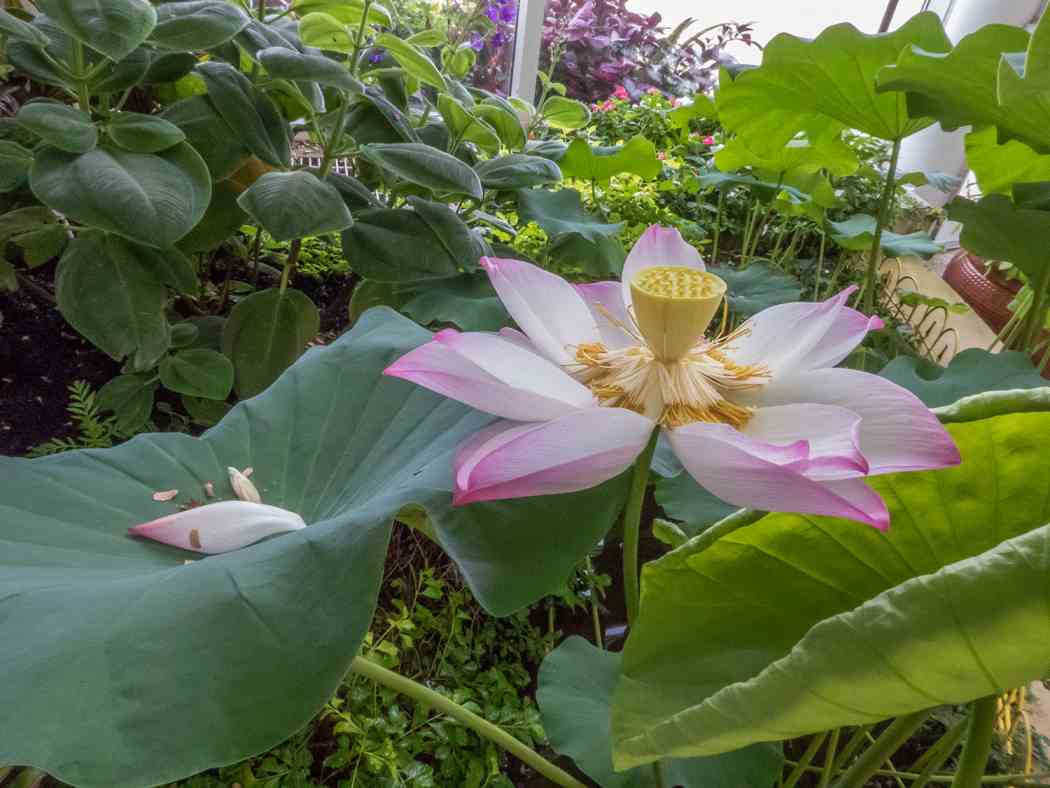 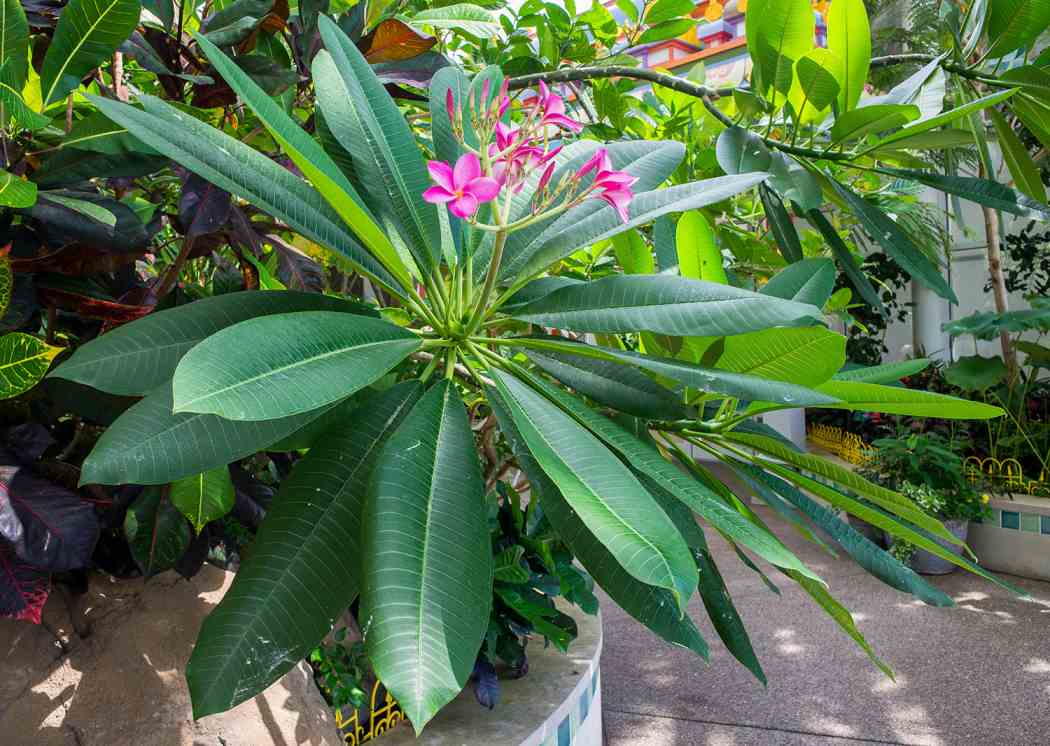