Air pollution has been increasingly recognized to have many consequences, from climate change to disease.  Although the air quality in the United States in many areas is better than it has been in years, the improvements are not uniform.  Additionally, globally, air quality in China, India and other developing countries is increasingly poor. Many studies now link air quality to diseases like heart disease, cancer and lung disease. Pittsburgh has a legacy of industrial pollution as a rust belt city.  Pennsylvania still relies heavily on coal-powered energy and Pittsburgh is now becoming a more attractive place to live with increasing traffic problems. All this contributes to Pittsburgh and particularly specific regions, having some of the worst air quality in the country. This is now being recognized as damaging to the lungs of people, with recent studies from our department highlighting the impact of air pollution on lung disease, specifically asthma and the mechanisms by which it occurs. 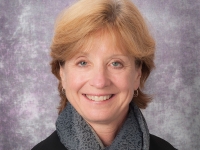