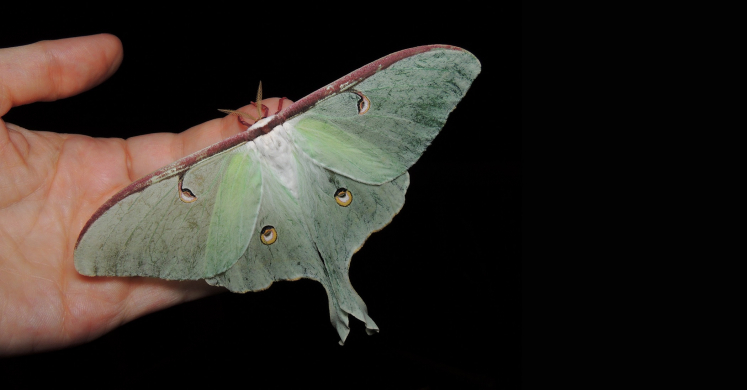 What do you picture when you hear the word “moth?” Perhaps something fuzzy with gray and brown or cream-colored wings? Maybe the peppered moth of Industrial Revolution fame? A notable Pennsylvania exception to that generalization is the luna moth. Luna moths are a beautiful species of moth with a color ranging from seafoam to lime green. In Pennsylvania, they generally are drawn to areas that are at least somewhat forested, so the next time you are wandering in a park — keep your eyes open! Let’s learn a bit more about these lovely insects and their moth relatives, shall we?

Luna moths are often difficult to spot since they are primarily nocturnal, but they are impossible to miss. With a wingspan that can be up to 4.5 inches across and their green coloration, they are as distinctive and eye-catching as they are ethereal in appearance. Another distinctive trait of luna moths is the adults don’t eat. Along with other moths in their subfamily (the giant silk moths), luna moths don’t have fully formed mouth parts because they acquire all the energy they need as caterpillars. They then spend their entire 7–10 days of adulthood focusing on reproduction. Since luna moths have a wide distribution in eastern North America — from Canada to Florida — the timing of reproduction also has a bit of range. Northern populations generally only have one generation of luna moths per year while southern populations can have as many as three.

Luna moths share a number of traits with their fellow species of moths, along with some notable differences. In general, moth bodies appear stout and “fuzzy,” especially when compared to a subset of moths — the butterflies. Moth antennae also can be either feathery or slender while butterfly antennae tend to be slender with a rounded club at the end. In terms of behavior, moths are notable nighttime pollinators. Of course, some species are active during the day, but most of us are familiar with the moths that hover about porch lights and streetlamps in the evenings. Nighttime pollinator moths are attracted to flowers that are usually pale in color, perfect for reflecting what little light is available at night. Those moths that forage will usually be drawn in by a sweet fragrance, and while in pursuit of nectar, they will pick up pollen grains and move them from flower to flower. Of course, as we already learned, luna moth adults don’t eat, and thus do not forage like other moths.

We noted moths appear “fuzzy” — that fuzz is actually a covering of tiny scales. Though the dark grays and browns of some moths (and butterflies) are caused by actual pigments, almost any other wing color is actually produced by the shape of the scales. The three-dimensional structure of the scales reflects light at different angles, producing an assortment of colors. For example, one of the more brightly-colored moths in the world, the sunset moth of Madagascar, boasts beautiful, bright iridescent colors; but the colors arise from different shaped scales on its wings.

Are you excited to go find a luna moth? Or even just moths in general! They be some insects that we somewhat take for granted, but when we take a moment to pause and think about them, they are quite fascinating! 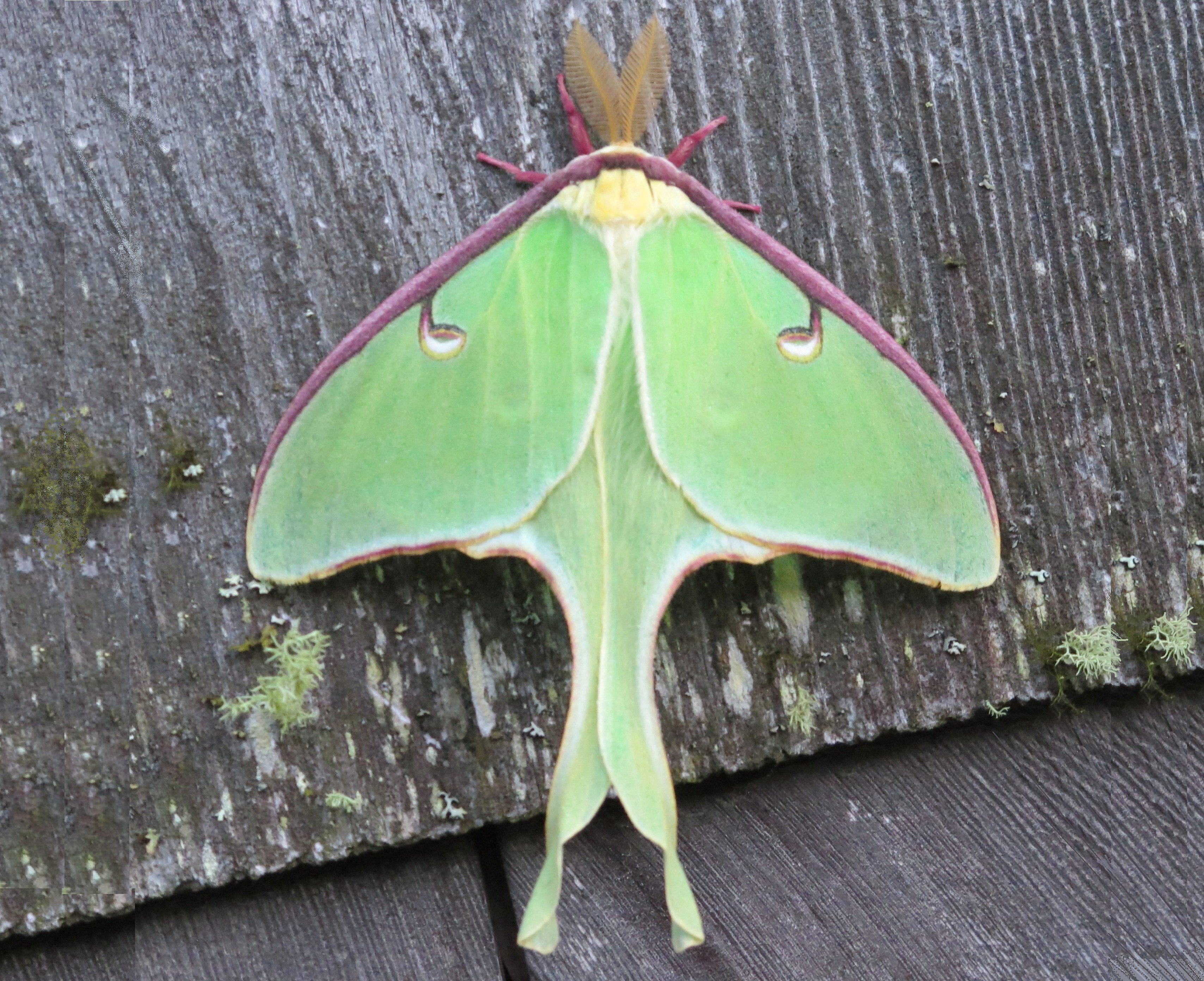