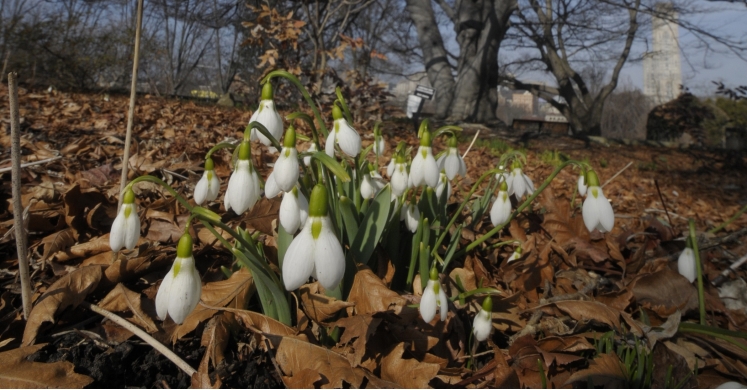 Beloved Danish author Hans Christian Andersen once wrote a story about a little flower bulb — an eager little flower bulb in the middle of the cold winter who simply couldn’t contain itself when it felt a beckoning sunbeam. Upon blooming early, the little flower — despite the biting cold winter weather — found an unrealized strength to continue growing. That single flower went on to enchant a curious child and inspire a poet broken by unrequited love. That flower, the star of Hans Christian Andersen’s story, was a snowdrop. True to the tale and their name, snowdrops bloom while the winter weather still chills the air — which means late February and early March in Western Pennsylvania. Have you seen a snowdrop yet? They are slowly starting to appear in gardens and wooded areas, and within the next two weeks, they should be adding some early dashes of splendor to their landscapes. Let’s explore these winter beauties!

Though only 6 – 9 inches tall, snowdrops (most common in North America are Galanthus nivalis) are able to withstand below-freezing temperatures, an uncommon trait in most flowers. They can do this because of specialized “anti-freeze” proteins that they produce to avoid the formation of dangerous ice crystals within their tissues. Snowdrops also store different kinds of sugars and starches at different times of year to ensure they have enough energy to bloom in February or March.

Technically, snowdrops are not native to North America. They originated in Eurasia, specifically the eastern shores of the Mediterranean Sea and land surrounding the Black Sea and Caspian Sea. Popularized by their delicate beauty and early bloom times, snowdrops made their way across Europe as early as the sixteenth century, if not before, and European settlers brought them to North America as an ornamental. A few species are now naturalized across favorable parts of the continent especially the forested areas of the Northeast and Pacific Northwest. Snowdrops grow readily in the damp soils of wooded areas, and considering they are often the first flowers to bloom, it’s no wonder they can make a forest feel enchanted!

As we watch for snowdrops on our walks in the woods and around cultivated areas, we have to remember the influence that temperatures have on flowering times. Last year, most snowdrops documented on iNaturalist were recorded in the first half of March, though a few blooms were noted in mid-February and a few later blooms were spotted in early April. Last year, Western Pennsylvania set a record high temperature with 78°F on February 20, and the average high was 47.6°F while the average low was 30°F (for comparison, the average high/low for the month is supposed to be 39.3°F /23°F). While overall changes in flowering time may appear minor, as our climate changes, there is no doubt that global flowering times are changing as well. If Pennsylvania winters continue to warm, we can expect to see earlier bloom times for some of our flower species, but this is just a small part of a multitude of changes among other species and ecological patterns. Remember, though, you have the power to make easy changes that have a big impact on climate change!

Hopefully you have a chance to go exploring outdoors sometime in the next few weeks. If you do, keep your eyes open in wooded areas for a little flower the color of snow — you just might spy a snowdrop!

Connecting to the Outdoors Tip: If you’re headed on a hike or a walk soon, check out iNaturalist to see where snowdrops have bloomed before. They are a bulb flower, like tulips or daffodils, so you can expect to see them in the same place year after year. 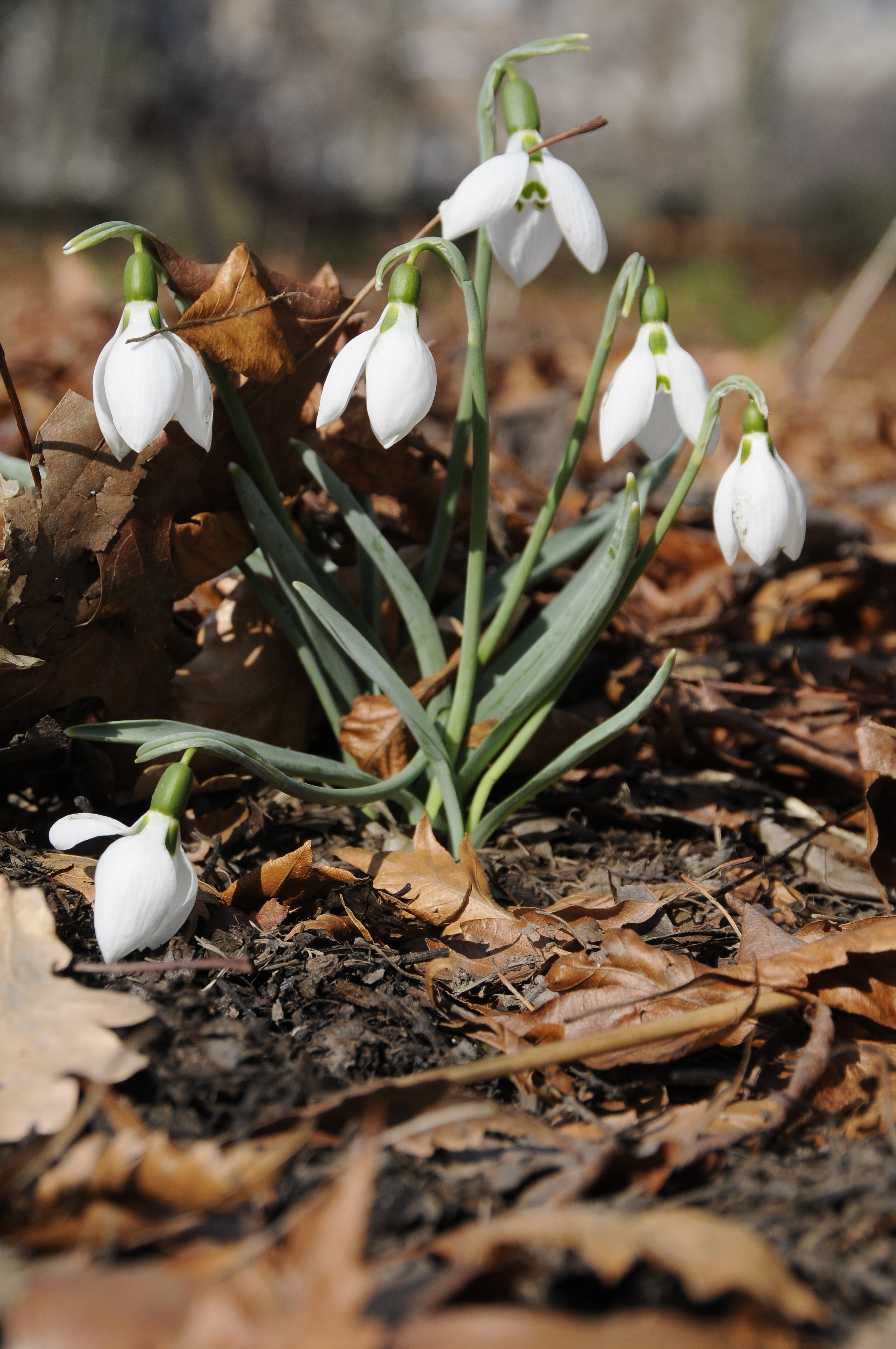