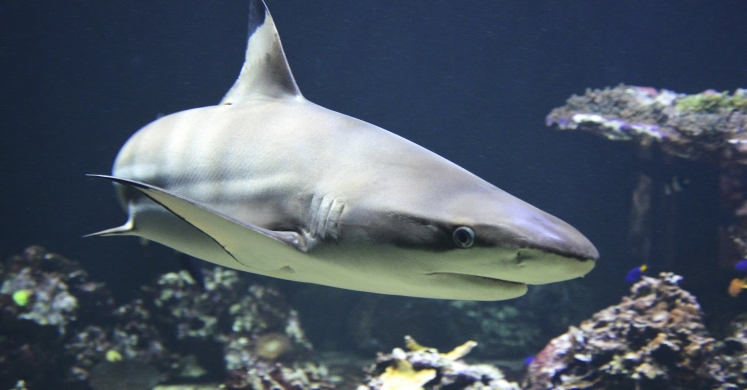 From Shaquille O’Neal to our own local Mikey and Big Bob, this week is the annual pop culture celebration of all things shark via the Discovery Channel’s famed Shark Week. On the surface, it may feel like a landlocked state like Pennsylvania can only enjoy Shark Week from afar, but we Pennsylvanians actually have quite an impact on coastal areas. Our rivers drain into the Gulf of Mexico, and we make up a high volume of tourists visiting coastal states (we’re a state with one of the top five largest groups of domestic visitors to Florida annually). So just for this week, let’s remember our impact outside our own bubble and explore some important conservation lessons we can all take away from the sharky shenanigans of the hour!

Before we dive too deep, the main thing to keep in mind about sharks is that at the end of the day, despite all the hype, they are still just big fish. They are part of a group of fishes with cartilage-based skeletons known as Chondrichthyes, which include rays, skates, and ghost sharks. Granted, sharks are indeed predators—apex predators at that, which means they play a vital role in their food web— but humans are the last possible option on their menus. In 2017, three times more people were killed by car accidents involving deer in Pennsylvania alone than by shark attack in the entire world. Shark attacks are just highly sensationalized.

For us landlubbers, it’s also intriguing to note that technically there are some sharks who can spend time in freshwater. Roughly 5% of elasmobranchs (sharks, skates, and rays) live in freshwater. Bull sharks, for example, spend time in both freshwater and saltwater, and they have even been found as far as 2,500 miles from the ocean in the Amazon River! They have also been known to explore stretches of the Delaware River and the Mississippi River.

The reason bull sharks can manage freshwater while other sharks can’t points back to a few differences in sharks and other fish. First of all, bull sharks have specialized kidneys that manage salt differently than other sharks, who actually need salt to regulate their internal water levels. In addition, bull sharks spend a lot of energy when in freshwater because their fatty-liver method of buoyancy is less effective in freshwater than other fishes’ swim bladders. (Not all bony fish have swim bladders, of course; most of our species of darters here in Pennsylvania don’t. They tend to live on the bottom of shallow waters, though, and encounter the same buoyancy issues that bull sharks do when they swim upwards: it’s exhausting!)

All of this may be well and good, but how can we in Pennsylvania impact sharks in the ocean? Sharks experience many of the same pressures that our own wildlife and other sea life face: climate change, over-exploitation, plus persecution from unwarranted fear. Though it feels like we’re far from the ocean, all species on Earth are interconnected, and we impact each other more than we realize. Here are a few things you can do that have can help shark conservation:

Connecting to the Outdoors Tip: If you can’t make it to a beach, but the idea of exploring the underwater world is calling your name, don’t forget what an awesome diversity of aquatic life we have here in Pennsylvania