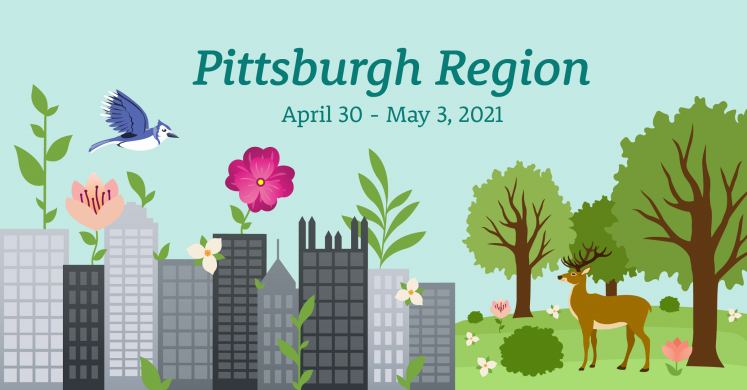 If the beautiful turn of the weather this week has sparked your need for the outdoors, join in an international celebration of nature this weekend, April 30 – May 3, with the City Nature Challenge! A friendly competition to see which cities around the world can log the most observations in the iNaturalist app, the City Nature Challenge is an awesome way to document the biodiversity of our major cities, and it’s a notable reminder that we share this home with the rest of the living world.

What is it?
The City Nature Challenge is a global citizen science effort organized by the California Academy of Sciences and the Natural History Museum of Los Angeles County. The event encourages people all over the world to use iNaturalist to document the biodiversity in their area within the given time frame of the challenge. As we mentioned earlier, in previous years the Challenge encouraged city residents to participate by making it a friendly competition. Cities can “compete” against each other to see who records the most observations, the most species, and most participants. Last year, as the pandemic was just kicking off, the event focused on collaboration rather than competition and over 41,000 people from 244 cities around the world documented over 32,000 species!

To maximize participation, the cities also tend to include the surrounding areas outside of strict city limits. In the Challenge, “Pittsburgh” includes Allegheny, Armstrong, Butler, Beaver, Washington, and Westmoreland Counties, so be sure to join in the counts if you can! And I will say…can we Pittsburghers at least beat Cleveland? I know last year wasn’t technically a competition, but I couldn’t help but notice that they just barely edged past us with only four more participants, besting us in participation with 491 people versus our 487…we can top that!

How can we get involved?
The best part is the simplicity — any observations made on iNaturalist during the window of April 30 – May 3 count! You won’t be able to upload photos taken before the challenge, the app would back date them to the day of the observation, but as long as you are outside and taking pictures of nature and uploading them to iNaturalist during April 30 – May 3, you are participating! You can even upload a specimen you can’t identify. Experts in various fields of biology plan to log on iNaturalist after the observation window and help identify specimens in their area.

How can we participate safely?

What makes this event so cool!?
I checked in with Mandi Lyon, who is spearheading the challenge here in Pittsburgh through the Carnegie Museum of Natural History.

“The City Nature Challenge is a great way for families to explore nature together, especially right in their own neighborhood. It's a great excuse to get outside and look around with a different eye. I like having the structure of the challenge to give some direction to that exploration — take photos of as many living things as you can find, and see what others on the iNaturalist app have to say about your discoveries. Imagine being connected to people around the whole world who are doing the same thing as you on the same weekend — all trying to find all kinds of different living things in different places.”

She even shared responses from families who had participated last year! One family noted, "We enjoyed being outside for this task and seeing new animals that we never saw in our backyard before. We didn't know what the Grackle was called, but now, we know."

Another family shared their child's thoughts on participating: "He said [it] was cool how people can work together from around the world to identify plant and animal species.”

That sounds like something pretty powerful to be involved in. So check out the iNaturalist app, and let’s get exploring! Check out the Challenge’s website for more details!