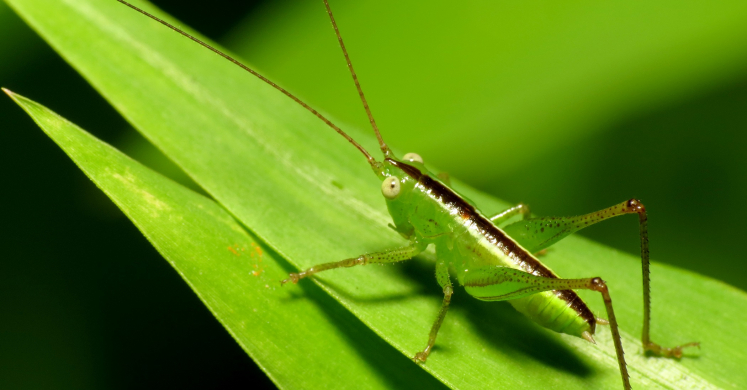 The classic insects of summer are out in full force, and if you are able to sit outside in the evenings, you can hear an assortment of buzzes, hums, chirps and raspy whirs creating an insectoid orchestra! In particular, I have noticed the sounds of three groups of insects that can be mistaken for each other because they look so similar: katydids, crickets, and grasshoppers.  All three groups of insects are in the insect order Orthoptera, but katydids and crickets are in the suborder Ensifera while grasshoppers are in the suborder Caelifera. Let’s take a closer look at each group to distinguish them a bit better!

Katydids
If you spot a grasshopper-looking insect masquerading as a leaf, there is a good chance it’s a katydid. Other katydids do look quite similar to grasshoppers, but the quickest difference between them is the antennae. While grasshoppers have relatively short, thick antennae, katydid’s antennae are often longer than their own body. 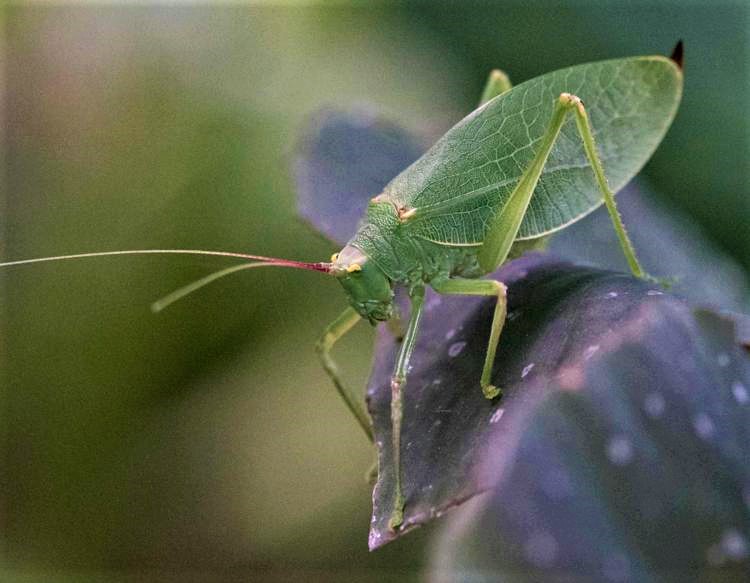 Katydid calls also sound quite different from grasshoppers or crickets. They make their calls by rubbing their forewings together, as you can see in the video below of what is most likely a common meadow katydid. With exceptions in a few species, it is usually the males who call as they either work to attract females or defend themselves. Intriguingly, have you ever noticed how some katydids seem to call in near unison to each other? This is actually a competitive strategy to attract females — each of the “singing” males is trying to be the first to hit the next note of the call and catch the attention of females who may be nearby. 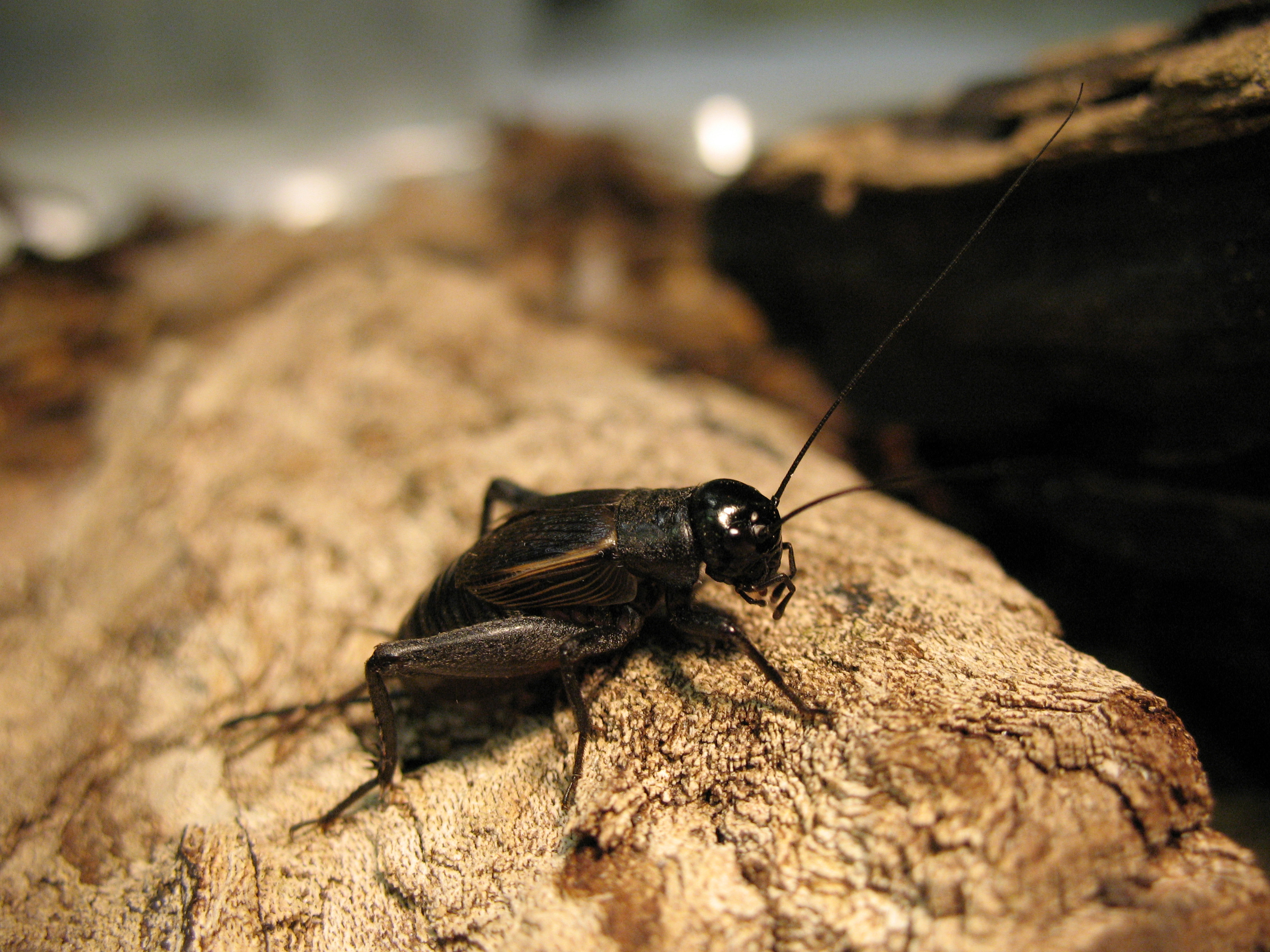 Crickets also use their forewings to produce their calls, and like katydids, it’s primarily a male behavior. Each species has its own unique call, and even crickets that are nearly identical in appearance can produce dramatically different songs. 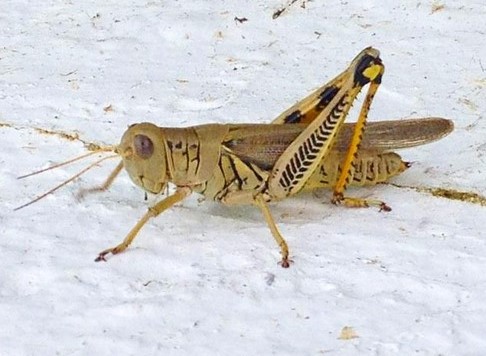 Their sounds are another differentiating trait. Unlike katydids and crickets, grasshoppers make their calls by rubbing their hind legs across their forewings. Like the other two groups of insects, it’s primarily a male courtship behavior, though females can make sounds as well.

Connecting to the Outdoors Tip: If you find yourself stumped by one of these, try taking a picture and uploading it to iNaturalist or BugGuide.net. Entomology enthusiasts will be happy to tackle the challenge!

Entomology Today – The Origin of Grasshoppers, Katydids, and Crickets: A New Study Resolves the Evolutionary Tree of the Orthoptera

Royal Society for the Protection of Birds: Grasshopper or Cricket