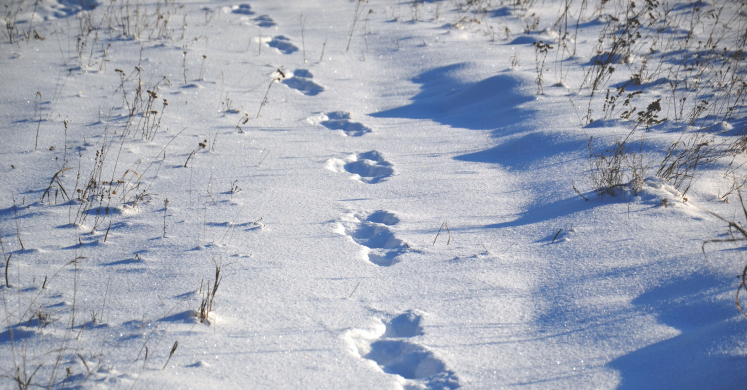 #bioPGH Blog: Whose Tracks are You?

This past weekend, we Pittsburghers had a one-day winter wonderland! The trails of the county parks were sparkling with freshly fallen snow, and this new layer on the ground actually served as quite the novice tracker’s dream — animal tracks were everywhere! Tiny bird prints, paw prints of scampering domestic dogs alongside human footprints, fox tracks, all sorts! We noticed on set in particular, though, that I realized I have misidentified in the past. Check out the image below. What sort of tracks do you think we found? 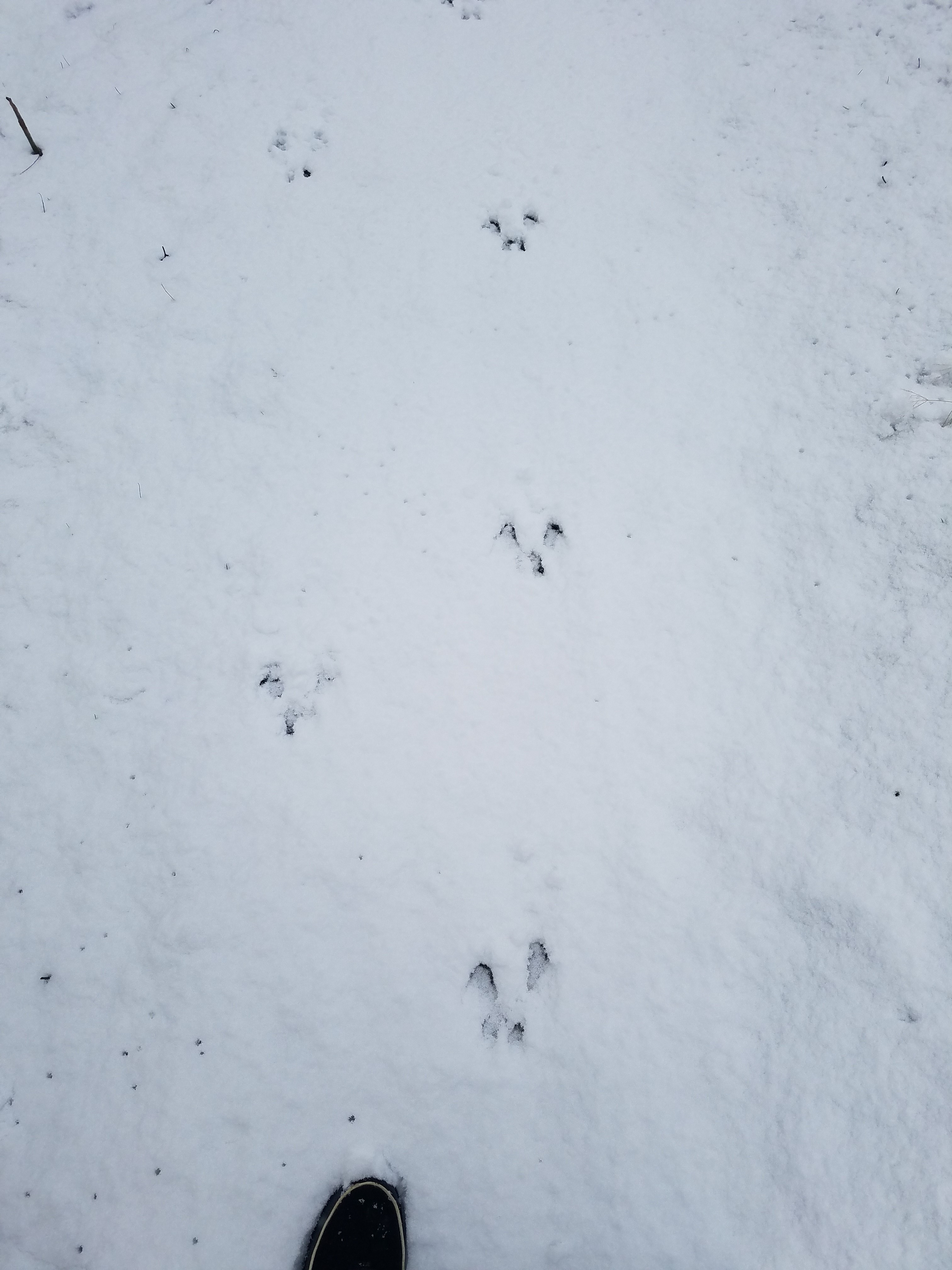 If you guessed rabbit, that was also my original assumption. A set of longer marks of the hind paws and a set of tiny forepaws. And since the paws were small, I thought perhaps a young-of-the-year.

Was I correct, though? In this slow-motion video below of a rabbit running, watch how they use their front and hind feet for pushing off from the ground and landing.

Where did their forepaws land? Now look back at the tracks we saw. If I had spotted rabbit tracks, the little forepaws should have been spaced slightly staggered with one in front of the other. Instead, the forepaw tracks were directly next to each other. So those prints probably weren’t from a rabbit. Rabbit tracks would look more like below. 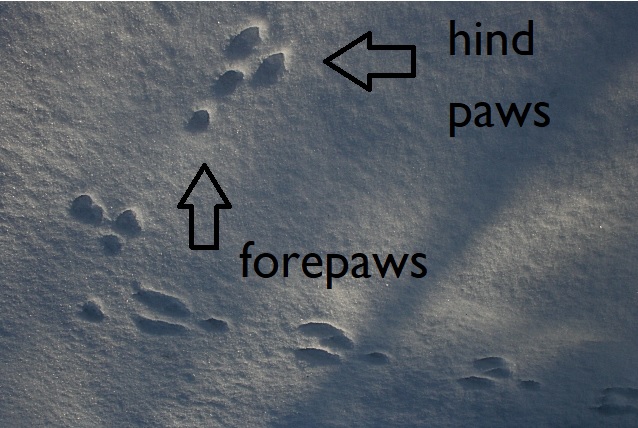 What other small mammal can you think of that has a “leaping” stride as it moves? As a hint, we probably associate them more with life in the trees than life on the ground.

In this video below, we don’t see the slow-motion action of running, but instead it showcases the acrobatic nature of…squirrels! Watch and note that in some of the close-ups of their leaps, you can see how their little forepaws land together, side by side, like in the tracks I saw.

I think this weekend hike taught me not to take observations for granted and to always have an inquisitive mind for exploring new ideas. The learning journey never stops! So the next time you see little paw prints on the ground, be sure to take a picture if you can, and compare it to tracking guidebooks. You might even learn something new about the way the animal who made those tracks moves!

Connecting to the Outdoors Tip: If you're on the prowl for tracks, bring a pocket animal track guide with you! Most outdoor gear stores have them as well as bookstores. Mine is a trifold, laminated pocket guide that can withstand the elements (Waterford Press Animal Tracks Guide, but there are many out there!)