Last week, I was lucky enough to spot a giant leopard moth just outside of the Center for Sustainable Landscapes. Though the species can be found from Ontario to Central America, it was an exciting new species for me to spy, and it reminded me how moths are often the forgotten Lepidopterans while butterflies tend to attract most of our attention. Let’s celebrate our local moths then, shall we?

What do you picture when you hear the word “moth?” In general, moths are less colorful than butterflies, their bodies appear more stout and “fuzzy”—though the fuzz is actually a modified version of the scales that cover their wings (see below.) Moth antennae also can be either feathery or slender while butterfly antennae tend to be slender with a rounded club at the end. In terms of behavior, moths are notable nighttime pollinators. Of course, some species are active during the day, but most of us are familiar with the moths that hover about porch lights and street lights in the evenings. Nighttime pollinator moths are attracted to flowers that are usually pale in color, perfect for reflecting what little light is available at night. The moths will be drawn in by usually a sweet fragrance, and while in pursuit of nectar, they will pick up pollen grains and move them from flower to flower.

Like butterflies, most moths’ wings are covered in tiny scales. Though the dark grays and browns of some moths (and butterflies) are caused by actual pigments, almost any other wing color is actually produced by the shape of the scales. The three-dimensional structure of the scales reflects light at different angles, producing an assortment of colors. For example, one of the more brightly-colored moths in the world, the sunset moth of Madagascar, boasts beautiful, bright iridescent colors; but the colors arise from different shaped scales on its wings. Also, as mentioned earlier, the “fuzz” on moth bodies is actually just a thin, elongated version of the same kind of scales found on their wings.

Of course, nature rarely operates in absolutes, and if you’re also a butterfly fan, you might have noticed that the physical description of moths overlaps quite a bit with skippers, which are technically butterflies. In fact, skippers are described as having “intermediate” physical characteristics of both butterflies and moths. They are diurnal and have stout, fuzzy bodies, and their antennae are smooth with a little “club” at the end. Though they more closely resemble moths at a glance, genetic evidence suggests they are actually within the butterfly superfamily Papilionoidea. Actually, we can even take the taxonomy a step further! As Phipps’ Associate Director of Integrated Pest Management Dr. Ryan Gott says, “All skippers are butterflies, and all butterflies are moths.” Butterflies are a grouping within the order Lepidoptera—so really, they all are actually moths.

If you’re interested in learning more about moths in your area, you can start by checking out the iNaturalist app and look up what species are found locally. Most recently around Phipps and Panther Hollow, there have been a number of different species sightings. If you have trouble identifying what you find, though, don’t fret! Some taxonomic groups of moths are notoriously difficult to identify, and some species even appear identical in the field and can only be properly identified via dissection or genetic analyses. Interestingly, there aren’t as many listed sightings of moths are there other groups like songbirds or small mammals—it looks there is proper need for some citizen science to catch up with all of our local moths! 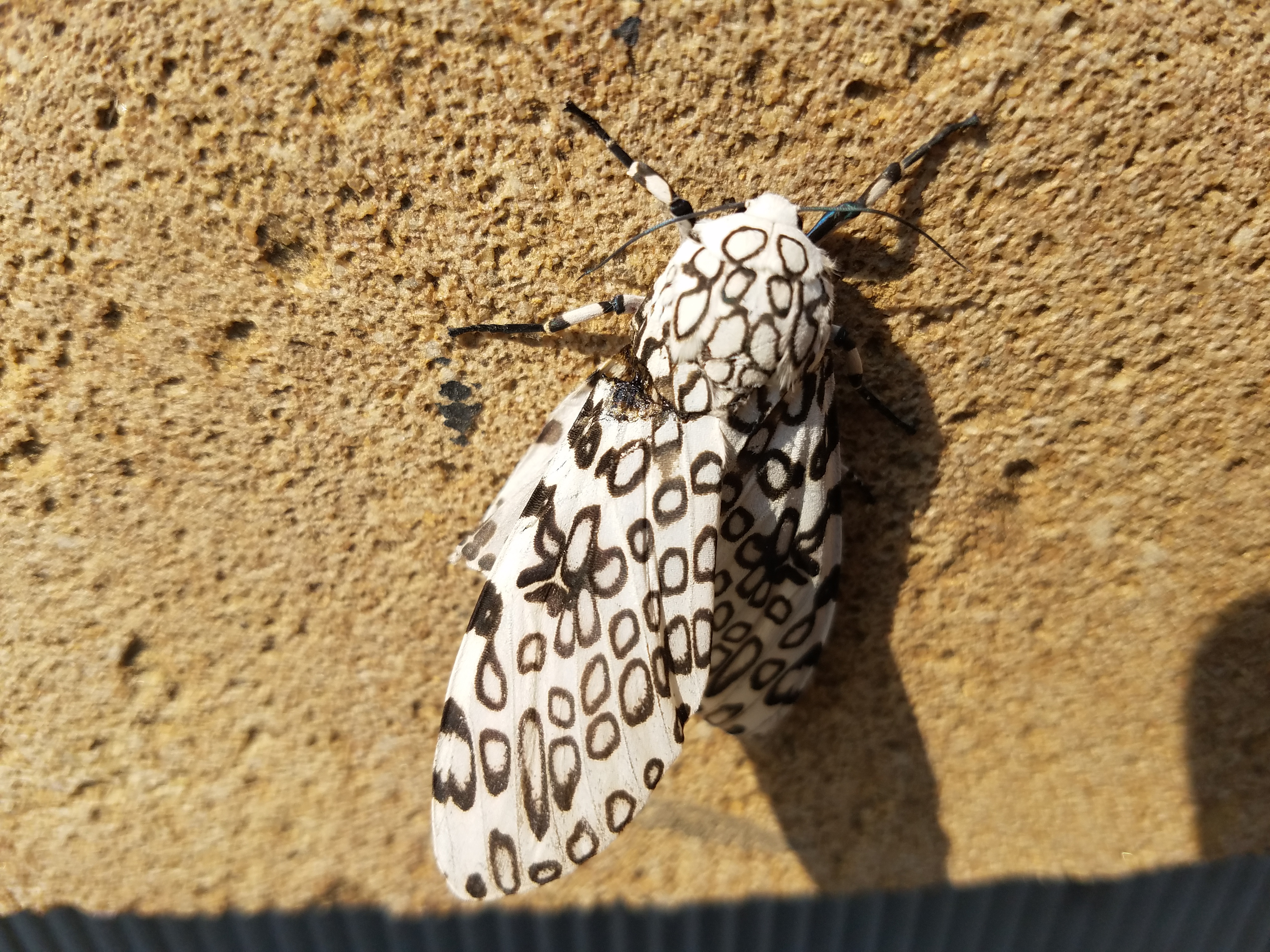 Giant leopard moth outside the Center for Sustainable Landscapes.

Connecting to the Outdoors Tip: If you have a place to safely walk at dusk, watch for moths around light colored flowers, street lights, etc. And if you happen to be close enough to snap a picture, share it with iNaturalist!

Butterflies and Moths of North America