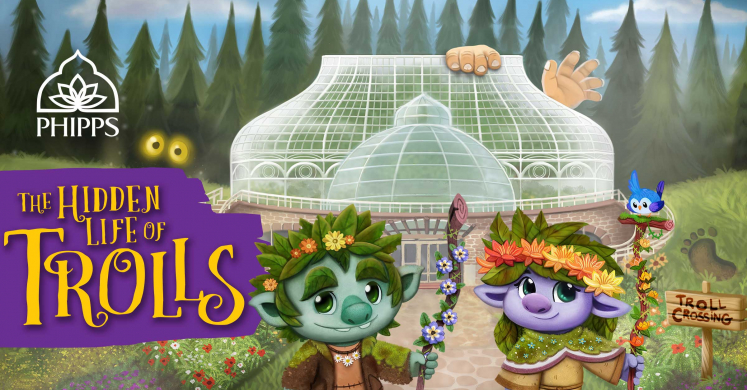 The Making of The Hidden Life of Trolls Part 1: From Folklore to Phipps

This summer, a magical exhibit unlike anything we’ve displayed before is coming to Phipps! Summer Flower Show: The Hidden Life of Trolls brings one-of-a-kind trolls inspired by Scandinavian folklore and pop culture into the Conservatory with interactive and animatronic elements. In this three-part blog series (one might call it a troll-ogy), we’re taking you behind the scenes to discover how this larger-than-life exhibit came to be.

Once upon a time, Phipps President and CEO Richard Piacentini came to work with an idea for a new show. Inspired by his children’s interest in trolls from a movie they had recently seen, he asked Associate Director of Exhibits Jordyn Melino to design a Summer Flower Show that featured the whimsical creatures.

Jordyn got to work, digging deep into Scandinavian folklore, Norse mythology, children’s books she grew up with, and movies and books that younger generations are currently enjoying. “In these stories, trolls were often found in forests or mountains and embodied the forces of nature or drew their strength from it,” says Jordyn. “This connection to nature and innate love for nature really resonates with Phipps.” 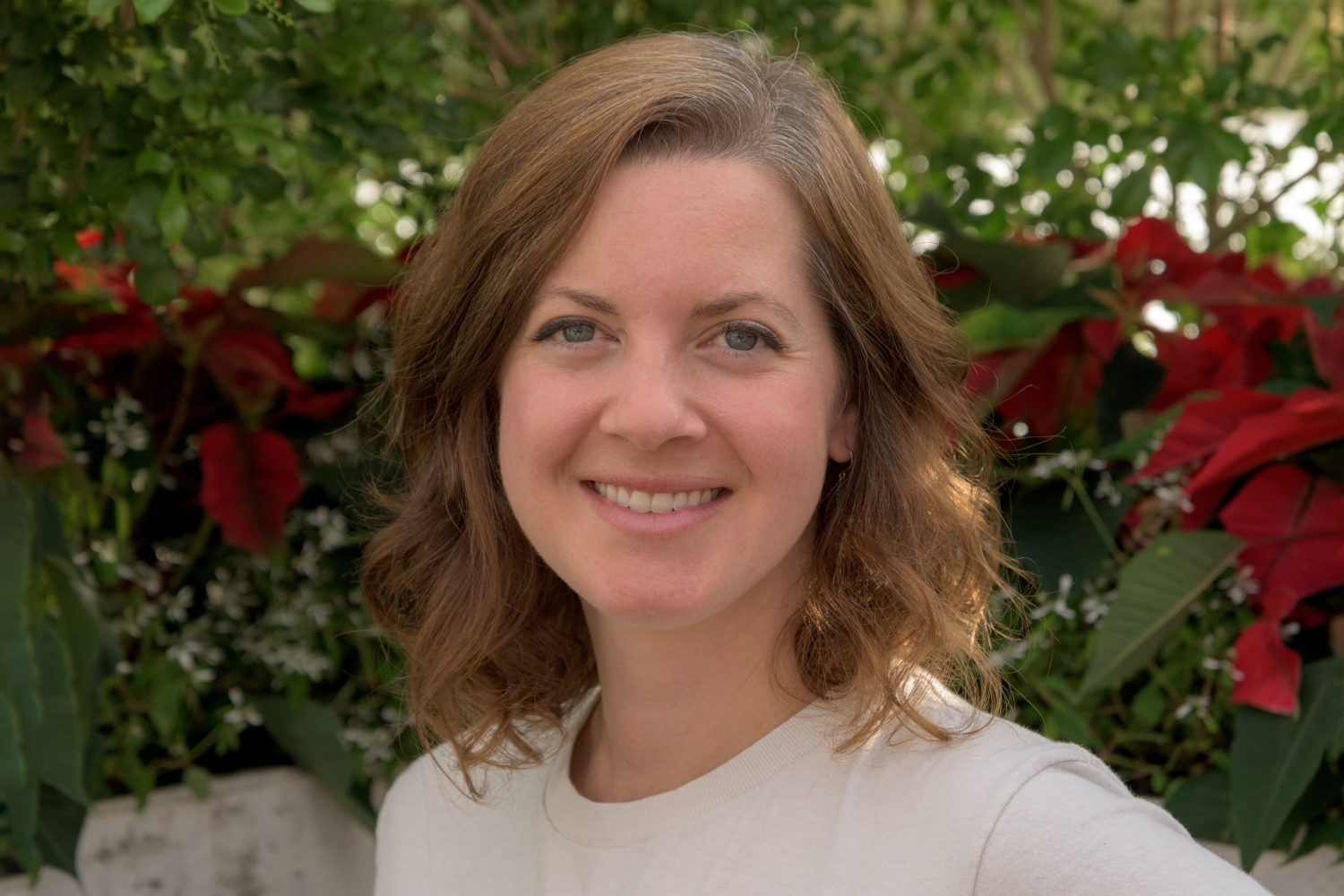 Feeling inspired, Jordyn began creating the cast of characters who would inhabit the exhibit. She thoughtfully designed each troll to be inspired by the creatures found in folklore while still being friendly enough that they wouldn’t scare our younger guests. The trick to striking the perfect balance, Jordyn says, was sticking to the essence of what a troll is.

“Trolls are often represented as mischievous and a little bit wild or mysterious, and were often association with odd land formations,” Jordyn says. This inspiration is evident in the displays, from an island in the Victoria Pond that, upon further inspection, is revealed to be the top of a troll’s head, to a mysterious troll crouched by a fire under a bridge asking riddles to passersby and even a troll taking the idea of forest bathing quite literally as he washes up in a pond. “We wanted each troll to have its own personality,” says Jordyn. 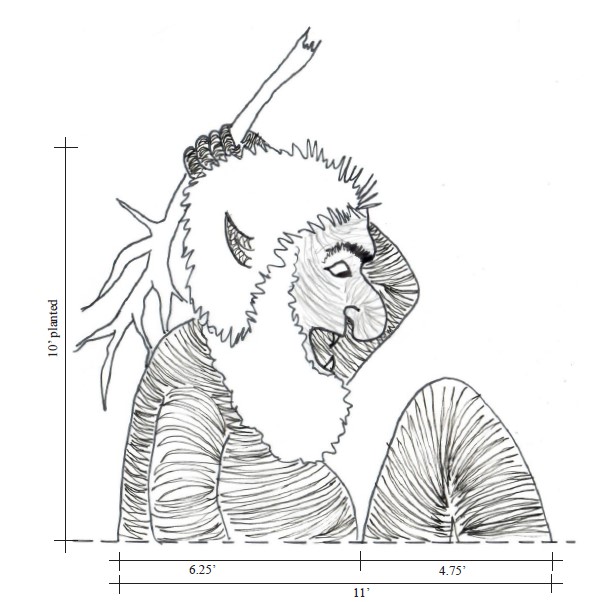 During the development of any of Phipps’ seasonal flower shows, a group of staff meets several times before the exhibit is installed. This group is made up of staff from a variety of departments — from horticulture and facilities to guest services, Discovery and marketing. As the group considered the development of The Hidden Life of Trolls, everyone agreed that two friendly troll mascots would be a great way to engage younger guests with the exhibit and guide guests through the show.

The marketing department began the search for an illustrator to bring the troll mascots to life. The team reviewed many artists’ portfolios, looking for a colorful, cute and creative style. Meanwhile, all Phipps staff were asked to submit ideas for the names of the trolls (one male and one female) and cast their votes on the names they liked best. Canadian artist Piper Thibodeau was selected as the illustrator of the newly named mascots Fen and Ivy, and the process of bringing the pair to life began!

Throughout the development of Fen and Ivy, Piper sketched several options of each troll and the marketing team decided which elements they liked best — from skin color and hair style to clothes and accessories, like Ivy’s staff and bird. After several rounds of refinement, Fen and Ivy had their final look. 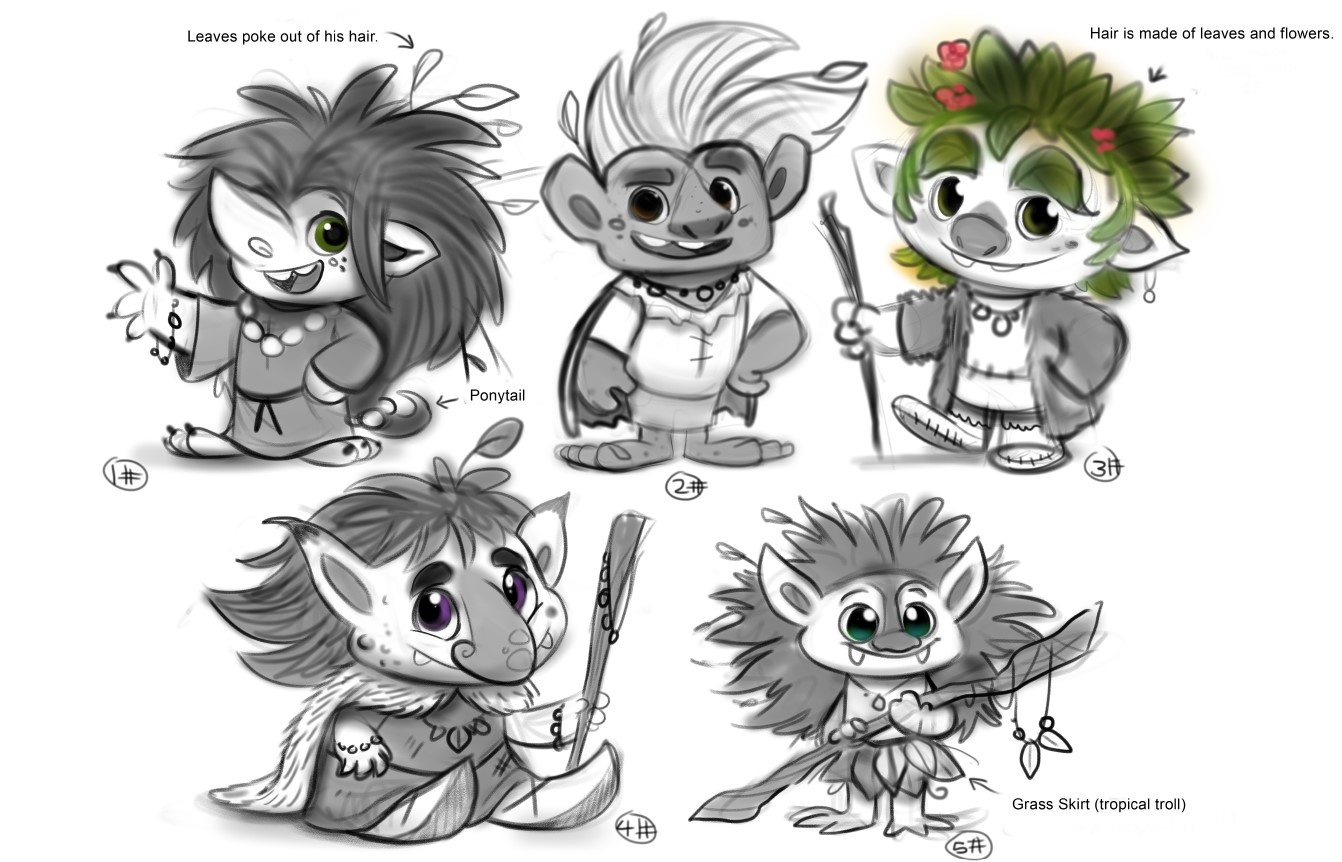 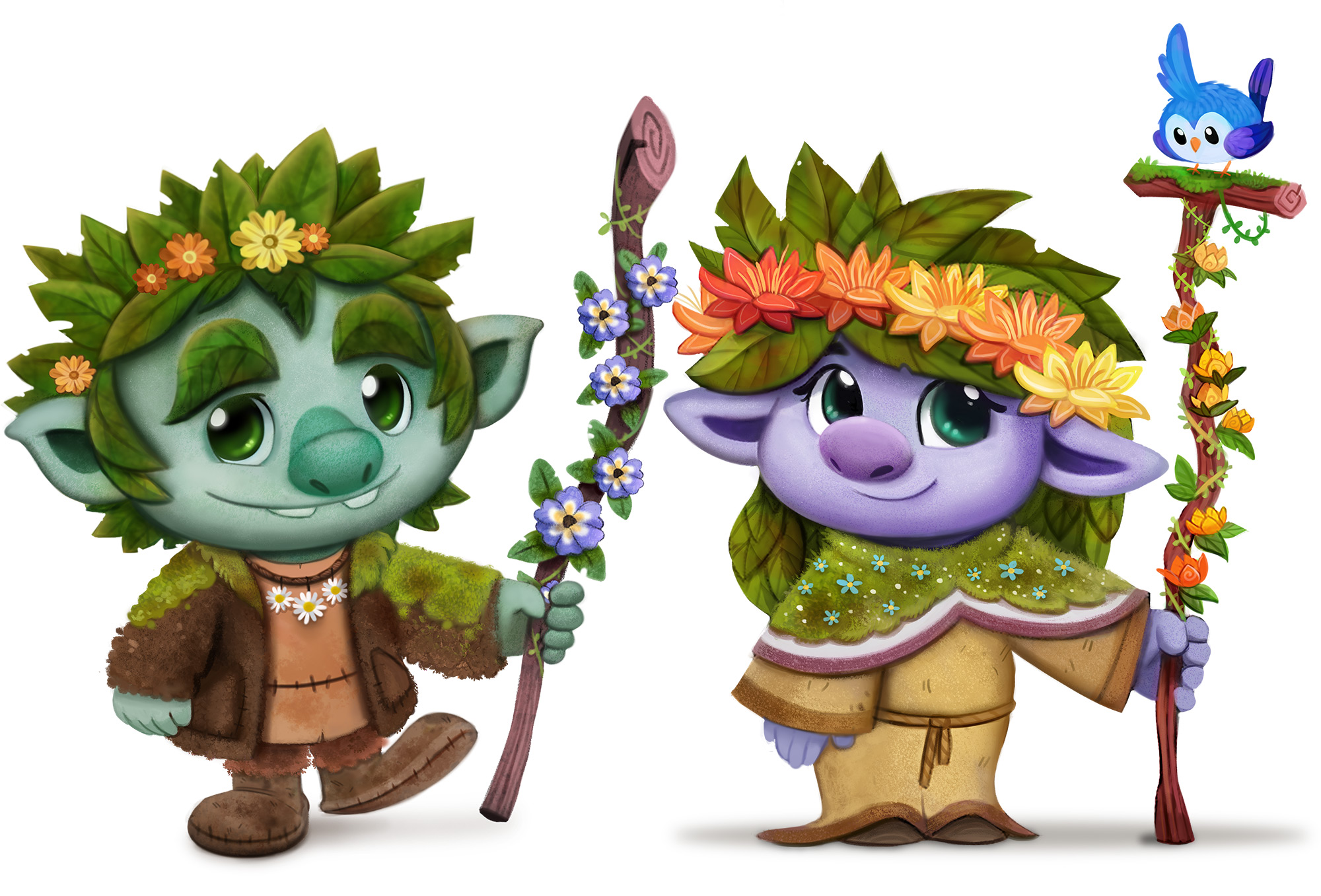 The Hidden Life of Trolls was originally planned for the summer of 2020, so many of the props were already being created when the pandemic hit and Phipps was forced to close. Facilities staff took advantage of the extra year by continuing to work on the props and considering how they will need to be installed, planted and cared for.

Horticulture staff were able to observe how annuals performed over the course of the summer and will make changes and substitutions in the show this year based on the results. A six-eyed troll emerging from a den in Palm Court, for example, had already been created before the closure, complete with a body made up of living plants. “The body of the troll looked great,” Jordyn says. “But we had selected sweet potato vine for his hair, which started growing tubers that looked like brains! So we ended up selecting a different plant for his hair this year.” 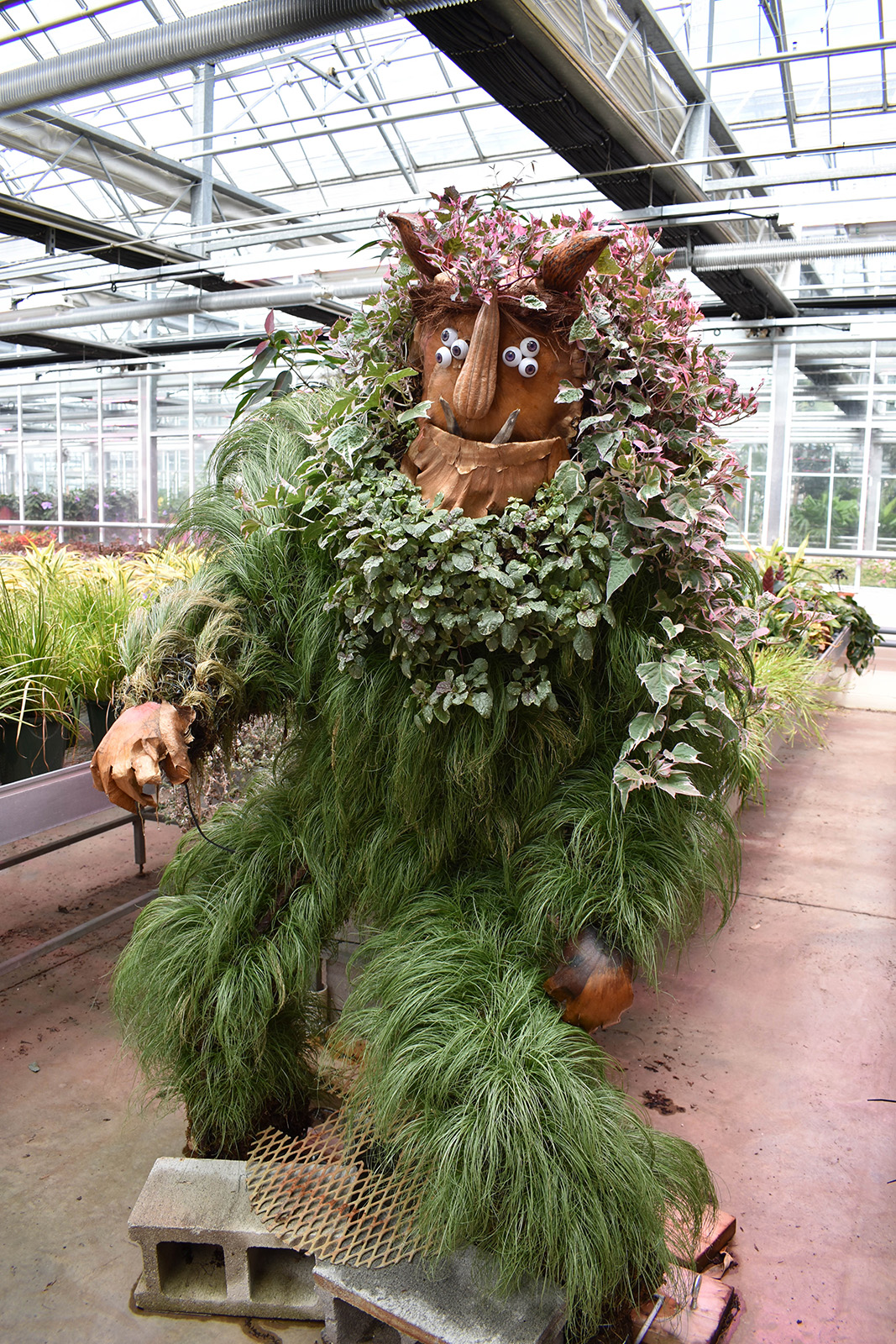 In the next installment of this blog series, we’ll explore how the props were created — from the 12-foot-tall forest bathing troll to the animatronic versions of Fen and Ivy that will greet you when you arrive. Stay tuned as we continue to let the good times troll!

The trolls theme is a wonderful idea.  Children will love them and also those of us who used to be children.

Sounds exciting! Great to learn about what it takes to develop the amaxing shows!

Can’t wait to see more.  I’ll be bringing the grandchildren for sure.  We always enjoy the originality of the special displays and the ingenuity of the staff.

This is a fantastic idea for the summer flower show. Jordyn and Piper deserve a great big “Thank You” for the great ideas and illustrations of the Trolls. Have a Great Summer show.

Such whimsy and such fun! Each troll has such personality. Thanks to everyone who contributed—just loved walking the show, tonight!