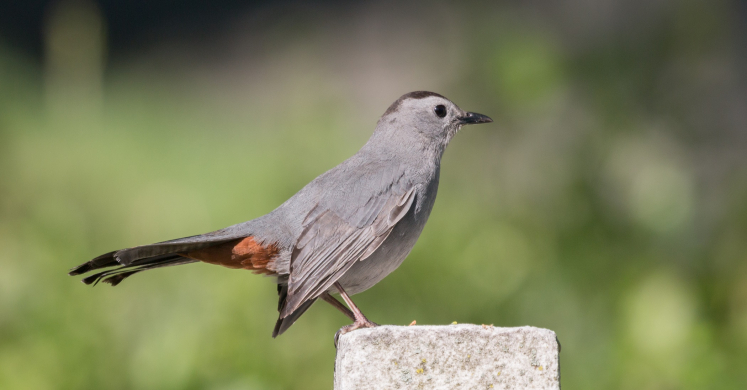 This is the first spring in our new house, and we are loving all of the birds that visit our feeder! We’ve been poring over our bird guides as we squint to identify various sparrows or distinguish between the hairy versus downy woodpecker. Earlier this week, though, we heard a bird mimicking a variety of other species’ calls; we just couldn’t see who was doing it. A number of species are known for their mimicry prowess, but we suspected either a gray catbird or a mockingbird, given the sheer variety of songs this little crooner was rattling off. Have you ever been stumped between the two species? Let’s discuss some helpful observations when you’re trying to identify these mimics!

What Do The Two Birds Look Like?
As their name suggests, our gray catbirds (Dumetella carolinensis) are mostly gray bird with a darker gray cap and a rusty patch under their tail feathers. Northern mockingbirds (Mimus polyglottos), on the other hand, are also a mostly gray bird, but they have a white underside and white tail feathers flanking darker tail feathers—the flashes of white are easily visible when the birds fly. 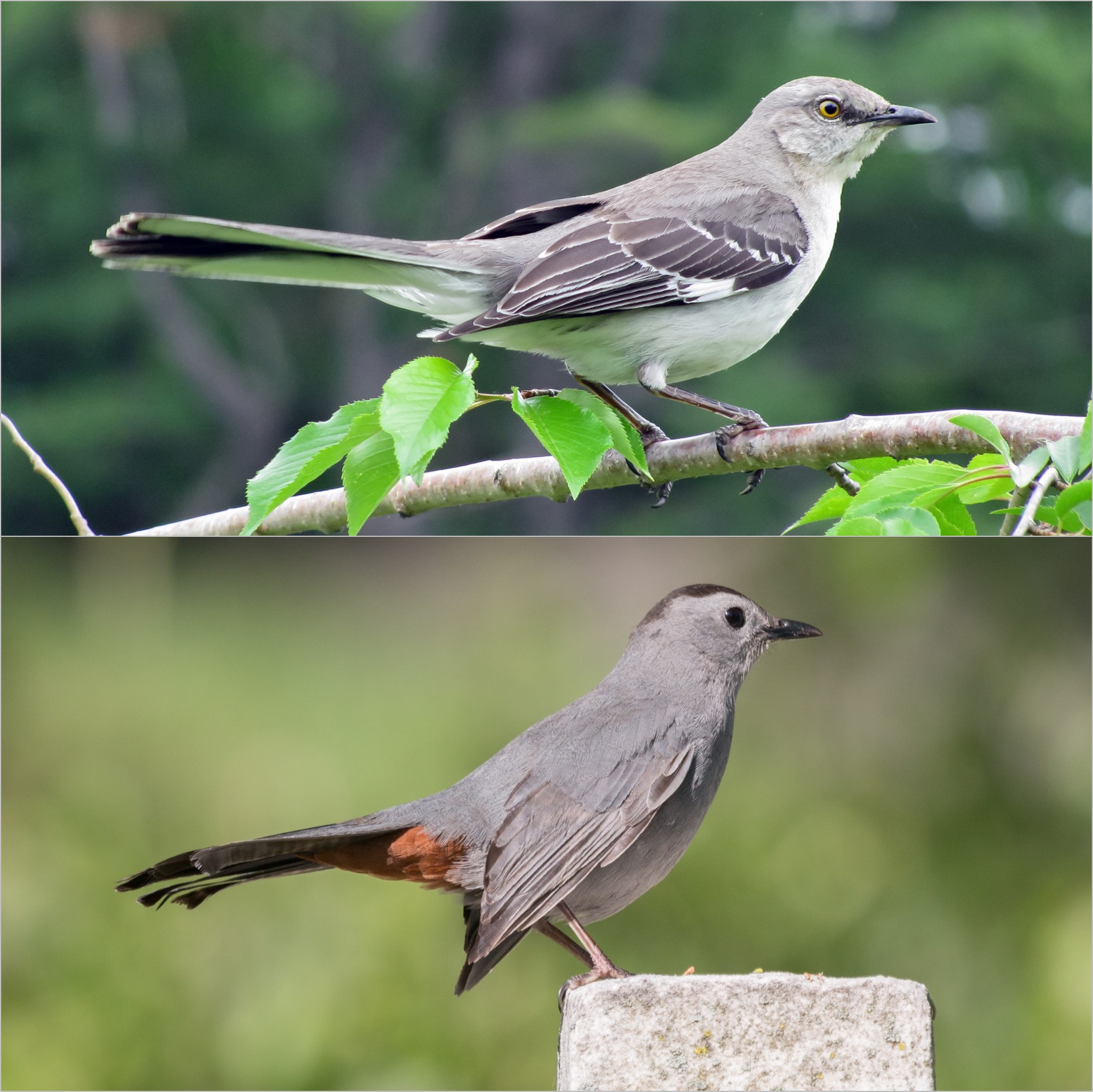 When singing, both can repeat a variety of other bird sounds, but there are a few clues to help you identify which copycat you’re hearing. Northern mockingbirds tend to repeat little “phrases” or notes in their songs—sometimes two or three times in a sequence before moving on to the next “phrase.” Gray catbirds, on the other hand, tend not to repeat phrases, and their sound is slightly more raspy than the mockingbird.

So What Did We See and Hear?
The bird we heard was not repeating any of its mimicked calls, and after singing a mash-up of other songs, it broke it into a wheezy “mew” sound. We then spotted an almost purely gray bird swoop off a tree branch and fly away to their neighbor’s yard. It was a gray catbird!

Connecting to the Outdoors Tip: Though the current pandemic has been a stressful and frustrating time, bird-watching has been one soothing hobby that has gained interest throughout this! You can easily practice social distancing in parks while you bird watch, or since many of us are working on our gardens now, you can plan a native garden for birds!

Cornell Lab of Ornithology: Mockingbirds Can Learn Hundreds of Songs, But There is a Limit

Melbourne, FL. 50 years in same house & this spring (right now), 1st time ever seeing a catbird. Took a couple days to ID it, but positive it is a catbird. They love eating suet. They are fun to watch and now will need to listen them more.  4/16/2021