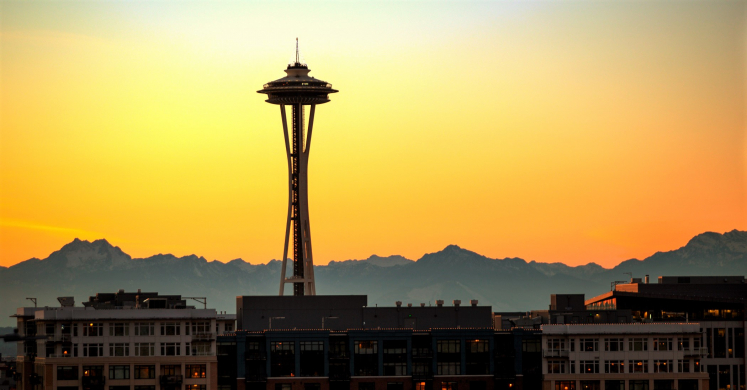 #bioPGH Blog: What to Make of Extreme Heat Waves

“Living in a temperate rainforest, many people here have not been prepared for the recent heat wave, and we are sadly lacking the infrastructure within the city and surrounding areas to tackle the heat. There are many who are struggling to keep people cool, including the more vulnerable members of our society, especially elders, babies, those living in apartments, those who are homeless, and those with limited mobility…The heat has been oppressive, it has all solidified the impact of a changing climate, and how we are having to adapt our approaches to maintaining and sustaining the Garden. It has made many individuals feel a sense of panic and duress, it has also been a call to action for many, bringing a heightened sense of urgency to fighting climate change.”
-Staff of University of British Columbia Botanical Garden, Vancouver, British Columbia

“The heat felt like the blast one gets opening an oven door, rather than a door leading outside. We closed our small public garden for three days, to protect visitors and staff alike. Plants got extra water, but had to deal with 116 degrees. Almost all survived, but many are crispy, and they won't make it if this keeps happening. The worst part of the scorching heat is not just the heat itself, it's knowing that climate change is here, it's powerful, and it's going to change the way we do just about everything.”
-Staff at Leach Garden in Portland, Oregon

The Pacific Northwest has had a hot time this week. We have all seen the headlines, talked to loved ones out west (or colleagues in other gardens, in my case), or perhaps you are even reading this while in the midst of sweltering temperatures. In just this past week, numerous heat records have been smashed, city infrastructure has been damaged, and the US track and field trials for the Olympics had to be delayed when track surface temperatures reached over 150° F.

This week on the blog, rather than focus on nature in Western Pennsylvania, we would like to reflect on what is happening a little outside of our usual space. Specifically, I have three questions that I imagine are also haunting others out there: What is happening with this heat wave? Is this climate change or is something else at play? And what can we do to help?

What is this Heat Wave?
First, the question I’m sure we all have: what caused the intense heat wave in the Pacific Northwest?

“Well, to understand this heat wave, we need to take a few steps back and think about heat waves in general,” says Matthew Kramar, Science and Operations Officer at our local National Weather Service office. He suggested first thinking of the atmosphere around Earth like an ocean of air.

“The air in the atmosphere is like ocean waves with peaks and valleys —when you’re at the top of a crest of a wave, that’s a ridge where we find high pressure, and in the valleys of those waves, that’s where we have low pressure.”

Though the atmosphere has all of these waves like an ocean, energy laws behind the scenes will work towards leveling out the waves to be flat and steady, more like a lake. We experience this movement of atmospheric waves through daily weather events.

“When you have a valley, where you have a low pressure system and the air is rising to get back to normal, that’s when we have a storm,” Kramar explained. “Or when you have air traveling from a higher point to a lower point, the sinking process warms the air. So on high pressure days, cold air is sinking back toward Earth and warming in the process, which is called compressional warming.”

Right now, in the Pacific Northwest, we are seeing a very high pressure system – the crest of the wave is very high and the “valley” of the wave is very low (this is “the dome” you may have seen references to on the news). This means when a wave crest is exceptionally high, it has farther to go to get the air back to level, so there is more distance to travel to reach that level height, and thus, greater potential for warming.

“We can think of this in simple terms as the wind moving wave crests and valleys around,” says Kramar. “If the wind moves the higher part of a wave elsewhere, then the height of the atmosphere goes up elsewhere.” Then we must consider movement of vertical gradients of warm and cold air.

“We can also think of this in terms of density. If a layer of warm air is being moved in by the wind aloft, then that air being warmer becomes less dense, and expands in size.  Therefore, the height of the atmosphere in that layer must increase in response because the volume of that air has increased.”

High pressure systems like this are common in the summer, but why now, what is driving the extreme nature of this event? That is also a complex answer. We have discussed on the blog before that geography can impact weather patterns, and the Pacific Northwest’s weather is influenced by an ocean and a mountain range — both of which impact air temperature and air movement. There is also a suggestion that the jet stream (the “river of air” that wraps around the planet) may have been influenced by a tropical storm in the Pacific last week and fed more heat by long day lengths since we are so near the solstice.

So in short, it’s complicated.

Is this Climate Change?
The question many of us share is whether or not this is climate change. It’s important to keep in mind, though, that we generally can’t point to a single weather event and say it was caused by climate change. An individual weather event is a snippet in time; climate is the overall trend of weather patterns over extended periods of time. A single record high temperature from 2020 does not necessarily “prove” climate change any more than a single high temperature from 1900 “disproves” it.

However, this heat wave does fit in with a larger trend of warmer and more extreme weather patterns occurring over the past several years, which is indeed what we would expect to see from climate change. Less than two weeks ago, a different record-breaking heat wave baked the West from the Great Plains to California (an expanse already suffering from a record-breaking drought); and 2020 was the second-hottest recorded year for the planet, just behind 2016 and knocking 2019 back to third place. We also can’t forget that 2020 was a record-breaking year for Atlantic hurricanes, wildfires, and single-event snowfall in the Northeast – all events that can be exacerbated by climate change. If we look outside of the US, we can also note that Siberia is currently undergoing a record-breaking heat wave as well, with temperatures that have reached 118°F within the Arctic Circle. Last year, Antarctica experienced its own heat wave, with temperatures reaching 65°F on a continent known for inhospitable cold and ice.

So while as a general rule, single events generally aren’t the best way to think about climate change, this heat wave fits into a larger pattern of extreme weather events that have long been predicted as the outcomes of climate change. In the NASA video below, we can track shift in average global temperatures that has led to this point.

This video illustrates the annual change from average temperature for the globe (in this case, "anomaly" is being used to describe a change from average). From NASA Scientific Visualization Studio, released April 23, 2021, accessed June 30, 2021.

What Can We Do to Help?
Climate chnge is an overhwleming concept, but the good news is we still absolutely have the opportunity to help take action on climate change and I know that many of you reading this already do.

In fact, can we use this situation as an opportunity to work for good together? This coming week, can we all take one more step beyond our normal climate-mindful actions and take part in one or two more actions, specifically with our friends in the Pacific Northwest in mind? Let's act in climate solidarity together, knowing that we are helping to protect a future for everyone.

Below I have just a few suggestions of actions to take at home, but this is by no means an exhaustive list. Share your actions in the comments below or on social media – we would love to hear what everyone is doing!

We’re all in this together, we all want a safe and healthy future, and we thank you for working with us on this. 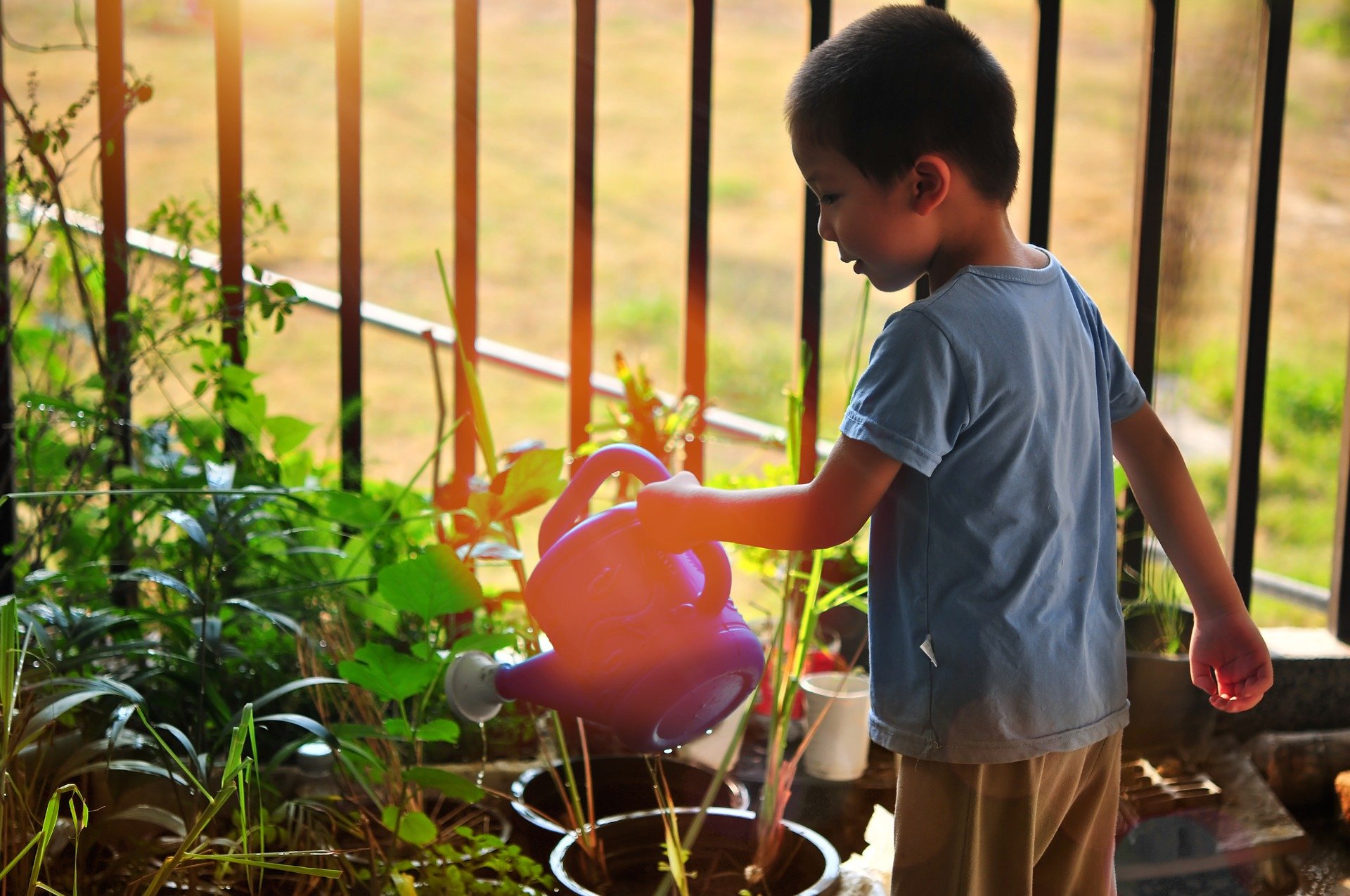 Energy consumption rises during cold weather. Air conditioner and other cooling methods will be used to its peak. - Henry, https://www.pestcontrolwestaucklandnz.kiwi/ team