The 12,000-square-foot Tropical Forest Conservatory marked the largest addition to Phipps' campus since 1893, and made its grand debut with a theme of Tropical Forest Thailand. The exhibit featured a wide variety of palms, including red ceiling wax palms, queen palms, Rattan palms, Licuala palms and Arenga palms, the leaves of which are used to wrap rice packets in Thailand. Other notable plants in the exhibit included fragrant jasmine, mahogany, mangrove, coconut, bananas, cinnamon and a wide variety of orchids found in Thailand. The exhibit space was divided into two areas: one filled with the plants of the wild jungles of Thailand, and the other showcasing plants commonly found in the towns and cities. A "healer's hut" hosted educational programs that explored medicinal plants used in Thailand. Full of color, vibrance and fragrance, Tropical Forest Thailand launched this changing display space with flair. 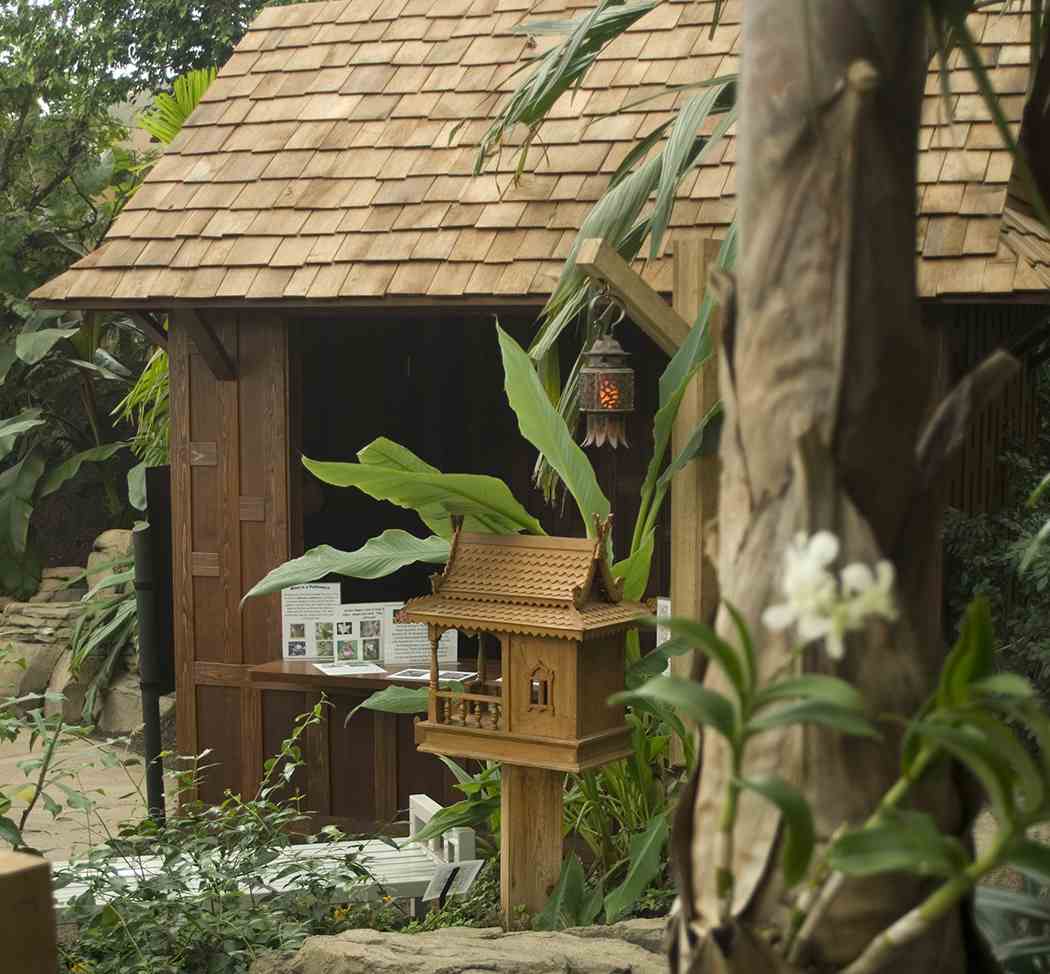 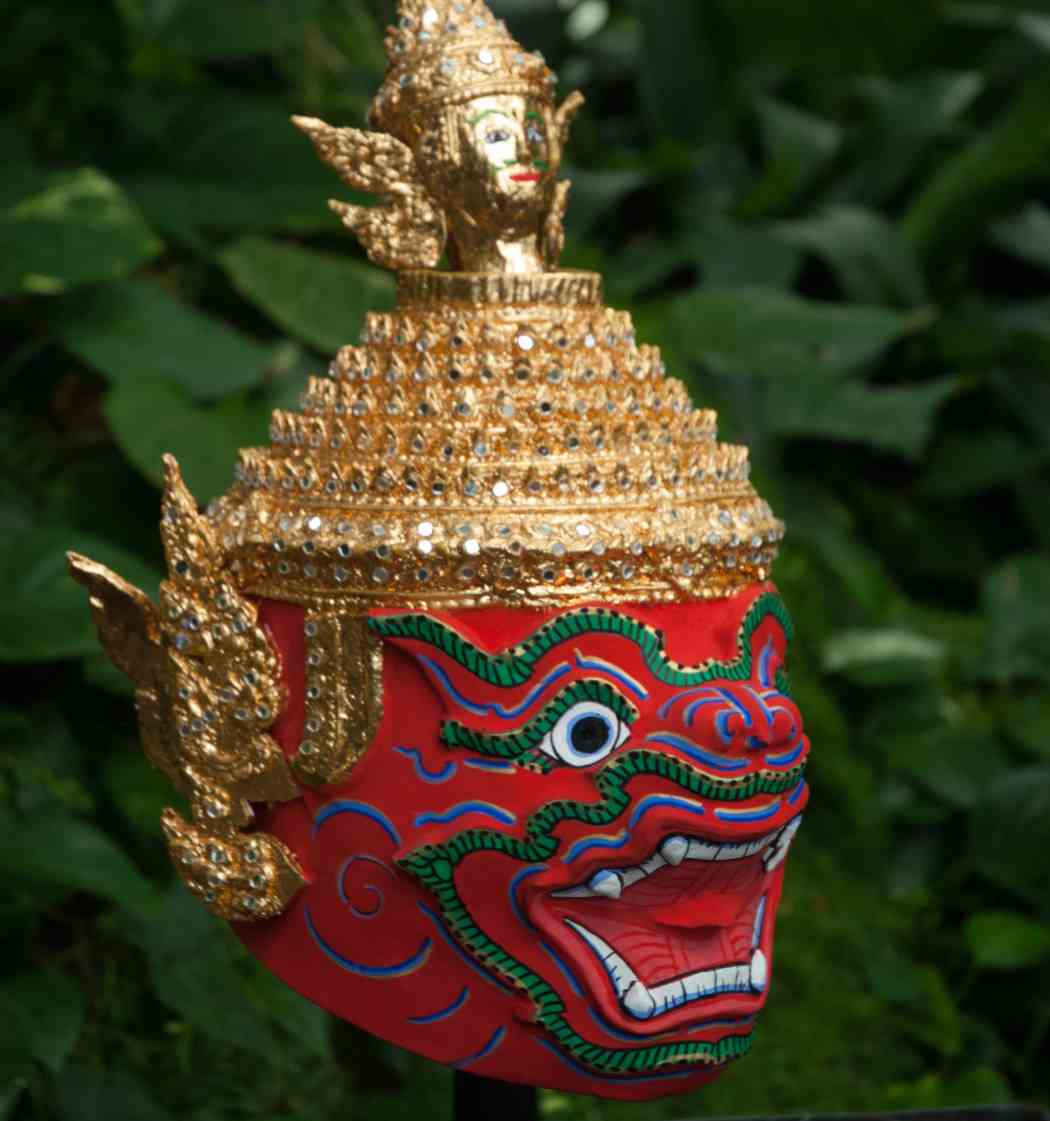 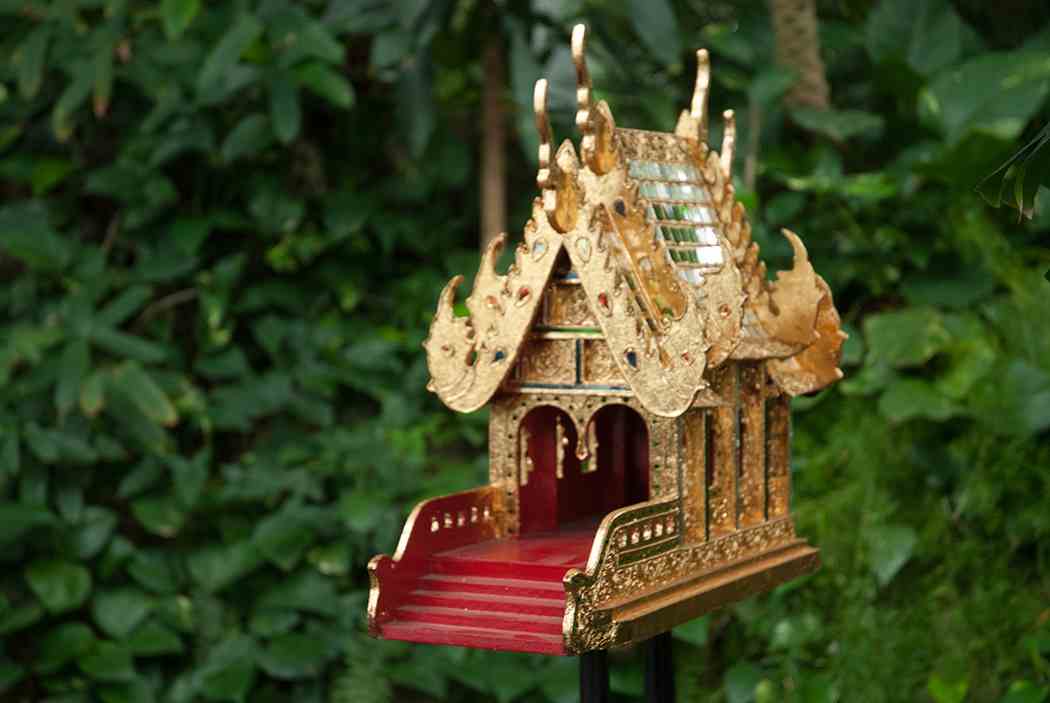 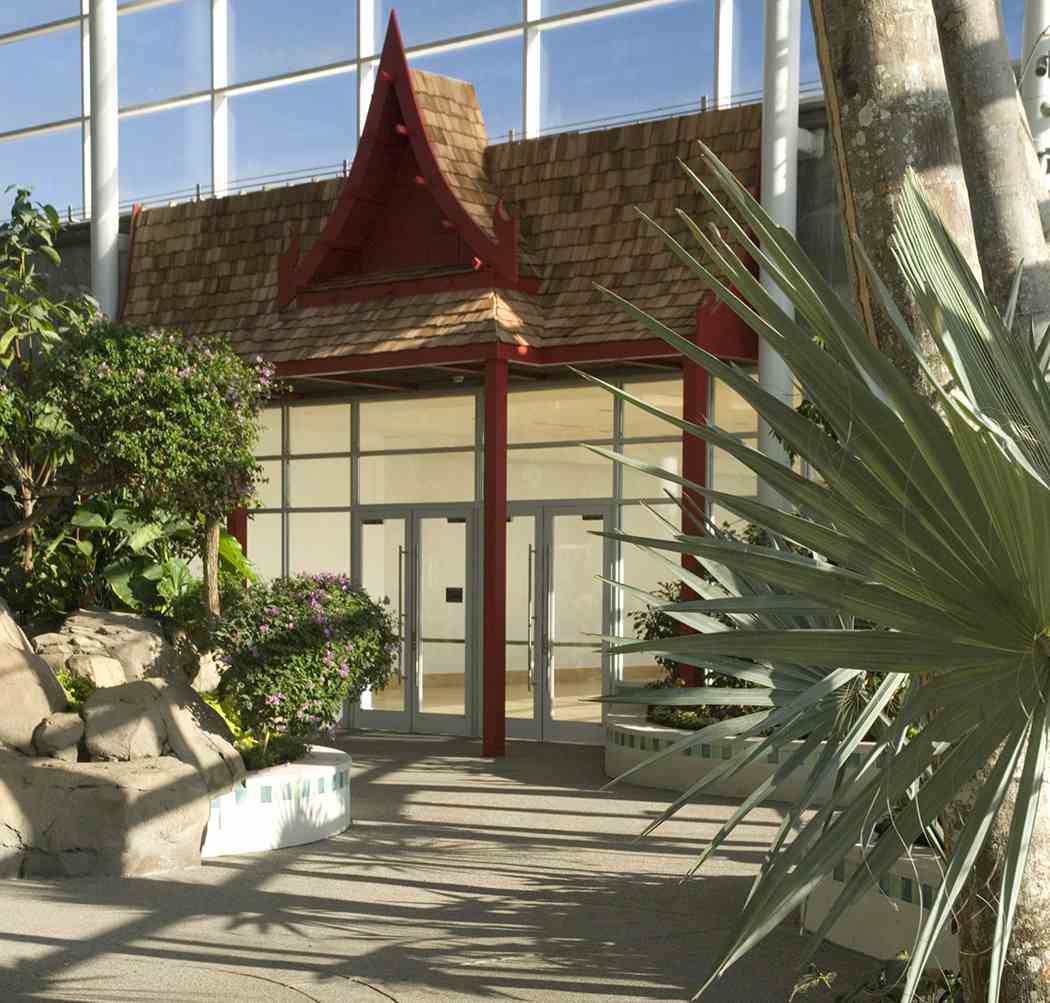