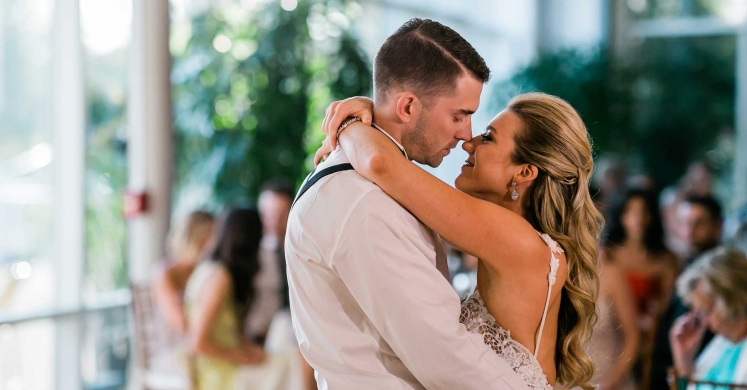 Weddings Under Glass: Deanna and Zack

Deanna and Zack became friends while pursuing their undergraduate degrees at the University of Pittsburgh nine years ago. During the last week of senior year, they fell in love! They dated while Deanna pursued her masters then dated long distance for two and a half years. Deanna and Zack moved in with each other in Tampa, Florida before moving back to Pittsburgh in 2016.

While on a family ski vacation in Sun Valley, Idaho, Zack arranged a private tour in the backcountry mountains for just the two of them and a professional photographer, which Zack said was for “new photos to hang on our walls.” What Deanna didn’t realize was that this was Zack’s plan to propose to her! Prior to the trip, Zack flew to Florida to visit Deanna’s parents to ask for her hand in marriage and kept it a secret to make sure this proposal would be an unforgettable surprise.

The vision for their wedding was to showcase their love for travel and the outdoors. Their ceremony was at St. Paul Cathedral and the reception was held in Phipps’ Tropical Forest Conservatory and Special Events Hall on a beautiful summer night, right in the heart of Oakland where they first met.

As described by their florist, the style of their wedding was “bohemian glamorous.” The colors consisted of neutral hues such as golds, champagne, ivory and white. A lot of greenery that was included in the wedding as well. Instead of the standard guest book, the couple had a “bucket list” that guests contributed to. They also had escort cards in the shape of luggage tags that read, “and so the adventure begins.” Each table was named after a place that they had traveled together and included photos of them in the location. Instead of a traditional Pittsburgh cookie table, they had a donut table that guests loved.

Deanna’s favorite part about getting married at Phipps was how easy the planning was. Since Zack and Deanna are both busy professionals, it was a huge weight lifted off their shoulders to have Phipps’ helpful staff to assist them through the process. Deanna particularly enjoyed that all of the food provided was locally sourced, organic and delicious.

The couple’s honeymoon was in Thailand and Bali, Indonesia. Right now, they’re planning their next adventure!

Dress: Made with Love Bridal (from Blanc de Blanc Bridal)

Bridesmaid Dresses: Show Me Your Mumu 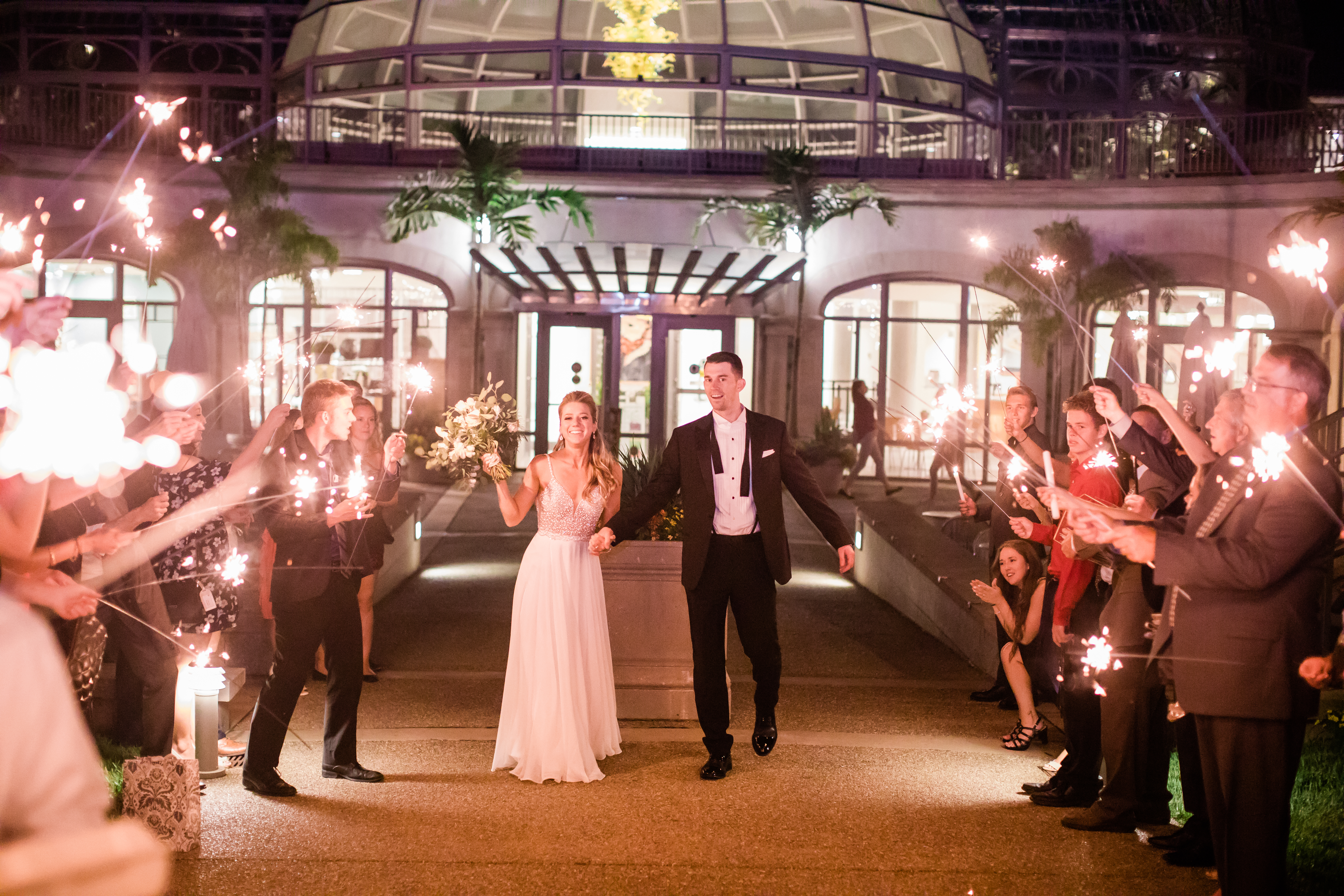 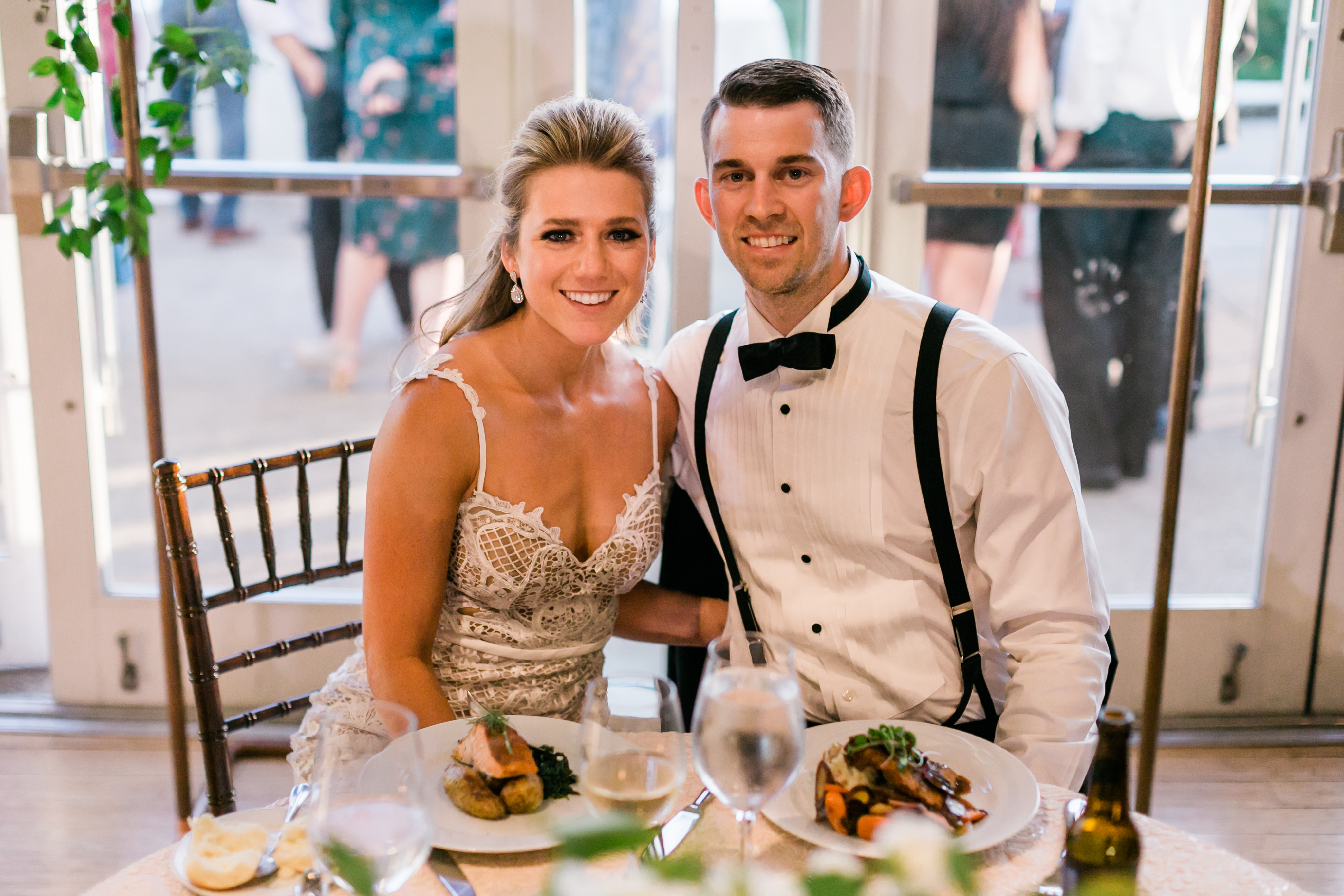 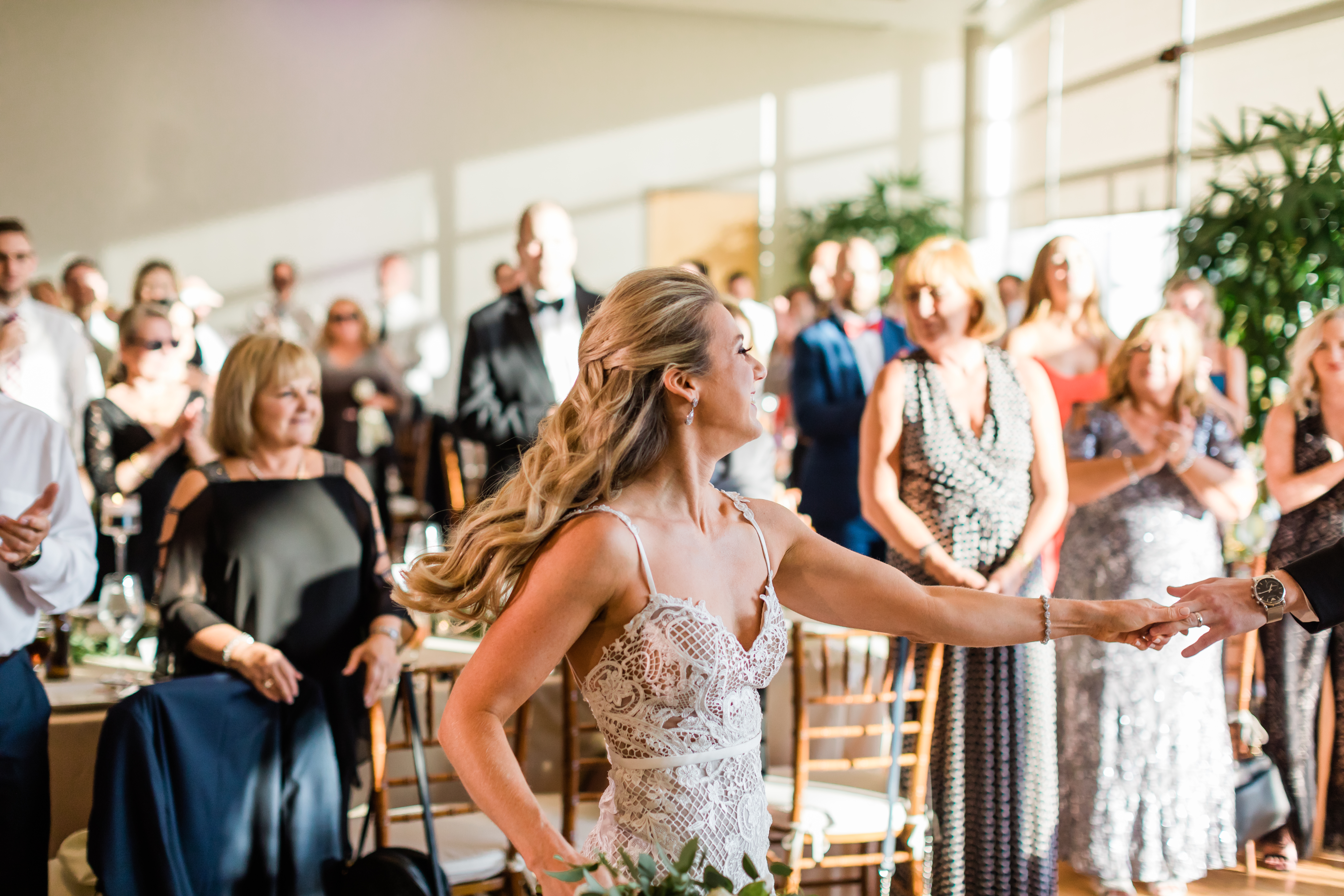 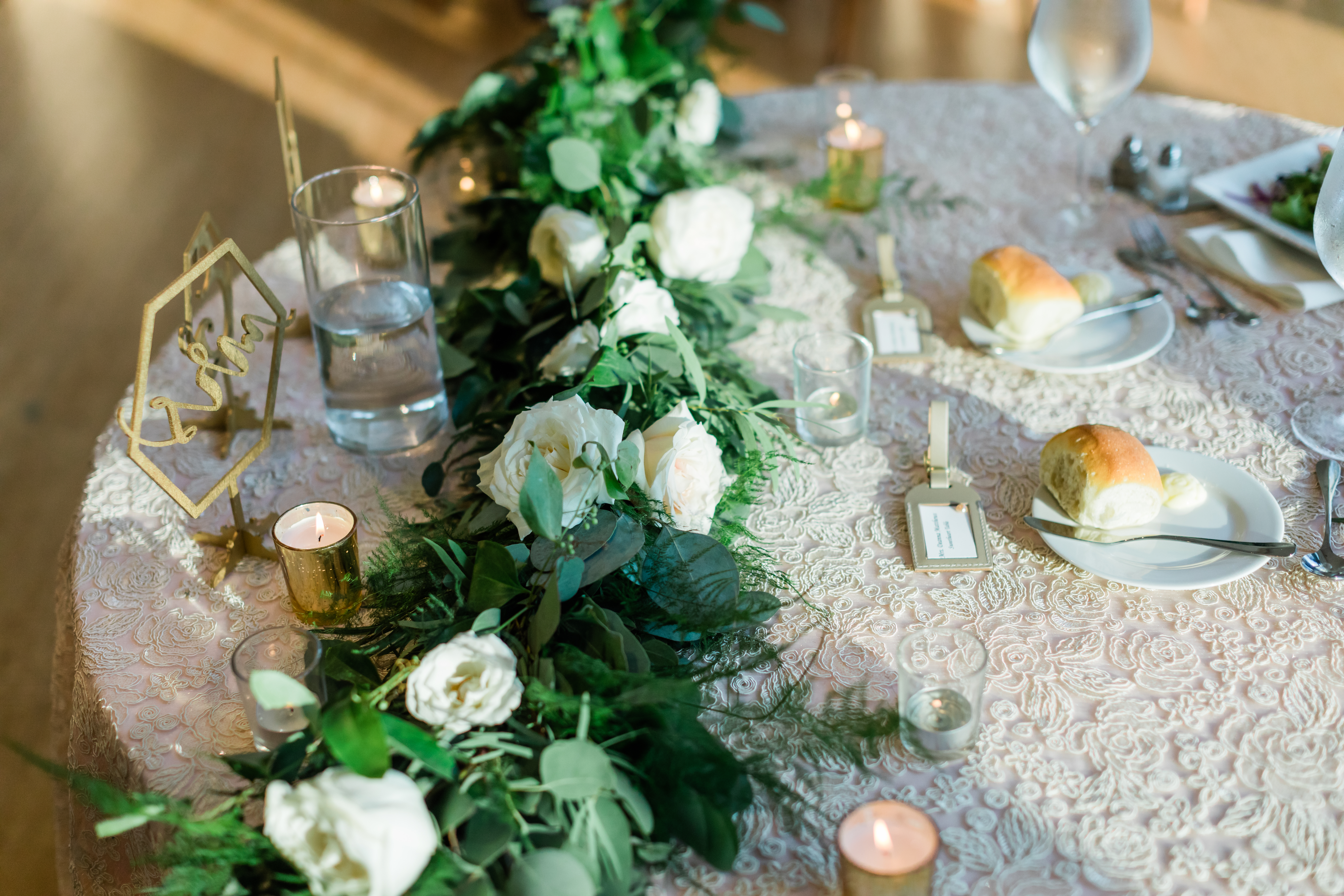 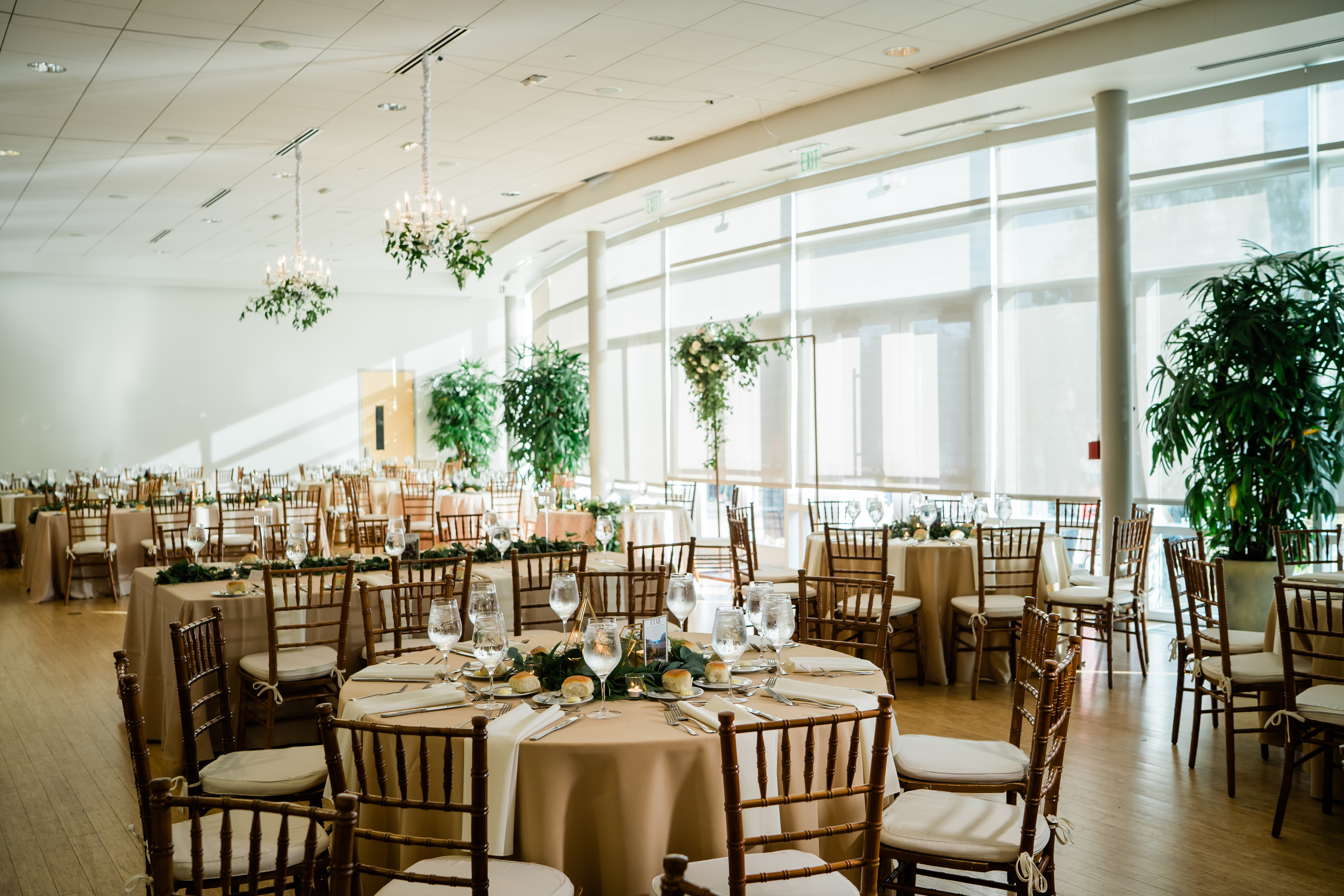