One Toxicology: Domestic and Wild Animals Are Sentinels for Human Beings, But Only When They Exist and Are Carefully Observed

Dr. Val Beasley of Pennsylvania State University presented on the impacts of toxic chemicals in different environments on wildlife and small domesticated animals.

Just as the canary in the coal mine warned miners of methane or carbon monoxide, Dr. Beasley said that wildlife and house pets, if carefully examined, may signal the first warning signs of risks of poisoning, including from a range of neurotoxicants and endocrine-disrupting chemicals (EDCs), namely heavy metals, insecticides and flame retardants.

“From my point of view, ‘One Toxicology’ hinges on protecting domestic and wild animals in the environment,” he said, referring to the title of his presentation. “If we did that, could we worry less about toxic impacts on people?”

Dr. Beasley’s lab conducted one of the largest studies to date on the concentrations of polybrominated diphenyl ether (PBDE) flame retardants in cats, monitoring 62 indoor and 10 feral cats.

“Cats live in the house, they sleep on the padded furniture where the flame retardants are,” he said.

Based on the above and similar studies, Dr. Beasley said, “Overall house cats are sentinels for human exposure to these compounds and possibly for their thyroid disruption.”

Wild and domestic small animals have been sentinels for other environmental contaminants as well.

Case studies like that of the 1950s Minamata Bay mercury poisoning in Japan illustrate that wildlife does indeed sound the alarm. Dead fish began to float, and soon after birds began to “crash” into the water following years of methyl mercury contamination. Cats given the fish developed neurologic damage and later children who ate the fish began to exhibit severe symptoms of neurotoxic damage.

“They didn’t stop releasing methyl mercury into the bay until 1968. And it took a long time for them to count up the dead, about 1,800 people,” Dr. Beasley said.

Because mercury is a volatile metal and can be easily evaporated, once released, it moves around the globe. Today, mercury hotspots can be found worldwide. U.S. Fish and Wildlife Service data show that several fish species can contain mercury at concentrations greater than .3 parts per million — the amount that U.S. regulatory agencies deem safe for humans.

Wildlife can also alert humans to the toxicity of insecticides, as Rachel Carson wrote in Silent Spring about the biomagnification of DDT. Dr. Beasley said that birds today can face lethal poisoning as well as indirect harm from neonicotinoids.

Those insecticides do not biomagnify like DDT, but they pose a serious threat of direct toxicity to wildlife when they are sprayed on fields or applied to seeds that birds consume.  In November 2016, hundreds of red-winged blackbirds died in southern New Jersey after eating treated wheat seed.

In other cases, so few insects remain in areas treated by the newer insecticides that birds have little to eat, resulting in malnutrition. Several governments, including the U.S., have restricted or are reviewing neonicotinoids, Dr. Beasley said.

“So ‘One Toxicology’ is central to One Health,” Dr. Beasley said. “Mercury is an important pollutant today, and it’s probably going to become more important, at least in some locales. DDT devastated birds, but current insecticides poison them and their food webs. Halogenated flame retardants, they’re going to be with us for decades to come, and we’ll see what happens with some of the replacement chemicals. We need more diagnoses, more careful usage and disposal. And we certainly need more green chemistry.” 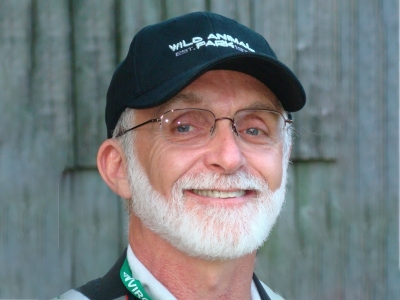 Val Beasley earned a DVM from Purdue University and was a small animal practitioner for six years in New Jersey and Ohio.  After a residency and PhD in toxicology, he continued on the faculty of the College of Veterinary Medicine, University of Illinois.  He taught toxicology and pharmacology courses, helped start the first animal poison control center, lead research on mycotoxins, cyanobacterial toxins, pesticides, heavy metals, and amphibian declines, established the Envirovet Program and its Summer Institutes, and was Chair of Pharmacology and Toxicology.  He subsequently joined Pennsylvania State University and was Head of Veterinary and Biomedical Sciences through 2016.