Antibiotics and Antibiotic Resistance in the Environment

Alison Franklin, a Ph.D. candidate at Penn State University, explored the pressing issue of antibiotic resistance in our environment and how resistance genes travel through point and nonpoint sources in water in her presentation titled "Antibiotics and Antibiotic Resistance in the Environment."

We may think of environmental contaminants simply as litter or pesticides, but the category actually includes pharmaceuticals, human hormones, microplastics, antibiotics and resistance genes. Although they are thought to help humans when we are sick, they are getting into our environment and causing an effect.

Antibiotics reach the environment through point and nonpoint sources. Point sources include municipal wastewater, where human activity directly affects placement in the environment. A nonpoint source may be runoff water, something that cannot be controlled in a direction. Antibiotic hotspots may be places where animal manure and waste runs off into a water source, or waste treatment plans with sewage, which are not always designed to properly treat it.

"Reuse of wastewater may be used for spray irrigation," said Franklin. "If you go west where there are more arid regions, or California where there are water shortages, we are starting to see the reuse of wastewater so that is a concern and also considered a point source. When you are talking about antibiotics in the environment and how it is possibly impacting human population, animal population, or just cycling through the environment, the focus is on water because it is cyclical."

Antibiotics cycle through the environment by way of water. The body can only metabolize so much of the antibiotic content, and then excretes the rest. Animals and people receive an antibiotic, release it into either a point or nonpoint source, where it then goes into the soil and groundwater. From there, it may go into drinking water treatment and then come back into human and animal contact. Resistance can occur when applying manure to soil, where it can affect soil organisms and disrupt the nitrogen cycle.

"What are the effects in humans and mammals? We really don't know, and that's why having these types of symposiums bringing together people from the medical field, research, and environmental research are very important," noted Franklin.

There are so many factors to this cycle that researchers like Alison Franklin cannot look at just one area to know if there is an impact. 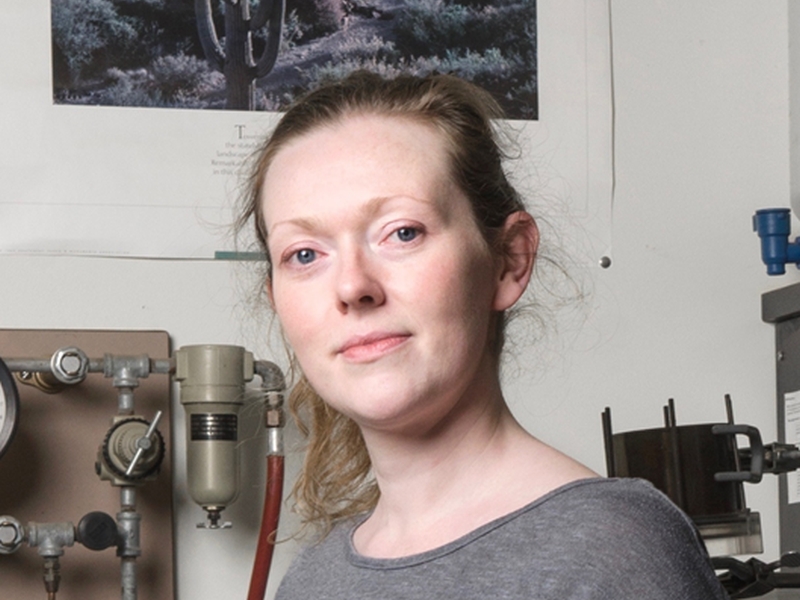 Alison Franklin is a Ph.D. candidate in soil science and biogeochemistry at Pennsylvania State University, University Park, PA in the final year of her degree program. She received her B.S. in toxicology and M.S. in soil science from Pennsylvania State University in 2012 and 2015 respectively. Her research focuses on emerging contaminants in the environment due to reuse of wastewater treatment plant effluent. She is currently looking at antibiotics and antibiotic resistance in agricultural systems impacted by irrigation with wastewater treatment plant effluent. Alison is specifically interested in the long-term ecological issues and toxicological impacts due to reusing wastewater. Notably, Alison was a NASA Pennsylvania Space Grant Consortium fellow in 2016 – 2017 and actively involved with an Antibiotics in Agroecosystems: State of the Science workshop that resulted in a special section in the Journal of Environmental Quality focused on antibiotics and antibiotic resistance in the environment in 2016.