In his presentation entitled “Giving Thanks for the Natural World–Contemporary Onodowa’ga: Environmental Caretaking,” Executive Director of Seneca Media and Communications Center Dr. Jason Corwin explained the cultural significance of the environment for the people of the Seneca Nation and the steps he is taking to preserve and maintain their land.

“Just like any people around the world for the vast majority of human history, we were very dependent on our local environment for everything. For water, for food/sustenance, and a sense of spiritual belonging.” Defining ganö:nyök, Dr. Corwin contextualized Seneca’s rich relationship with nature. “It’s really about acknowledging everything from what’s under our feet to what’s around us on earth and then what we see in the heavens.”

But for all the importance the land holds, it has not always been given the respect it deserves. The Kinzua Dam is, Dr. Corwin argues, an example of people trying to train nature. And sadly, this experiment took a toll on the Seneca Nation. “This dam was built in Pennsylvania and flooded out 1/3 of the Allegheny territory. Basically all our best farmland, sacred places, burial grounds—were all flooded.” And the effects of this tragedy have continued far past when the last water stopped flowing. “Before the flooding happened they burned all the homes and bulldozed them, and the elders of that time, many of them passed away within a couple of years just from the heartbreak of the relocation and seeing everything lost.”

This was not the only time their sacred land was taken from them. Due to the runoff from a nuclear fuel reprocessing facility, the West Valley Demonstration Project, the Seneca Nation now has radiation hotspots in parts of their territory. The Northern Access Pipeline (NAPL) is currently also threatening the purity of their waters, for no other reason than the financial gain of large corporations. “This isn’t even for domestic use of heating anybody’s homes, this is just so companies can make a profit. And of course, as many of you are aware, they are using eminent domain, which was once to put in things like highways and things that were supposed to be for the greater good of society. But now it’s being used for corporations so that they can make a profit.”

Protecting and preserving their lands has become a fight that Dr. Corwin is unfortunately used to fighting. But the Seneca Nation is looking positively into the future. By protecting wildlife and their natural habitats and investing in both traditional agriculture and renewable energy, they are revitalizing their community. “We’re really trying to figure out ways to develop sustainable tourism, things that make for a more resilient and sustainable economy.” 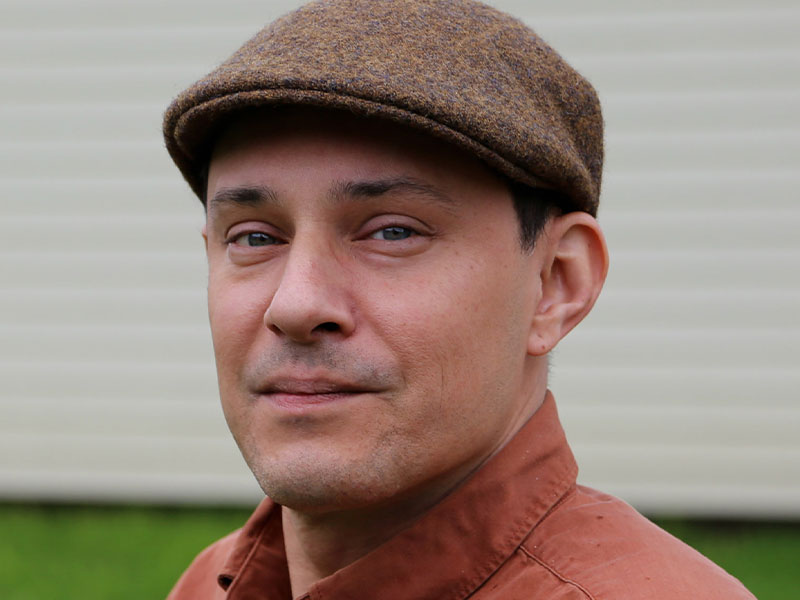 Jason Corwin is executive director of Seneca Media and Communications Center, a department of the Seneca Nation, and a member of its Watershed Resources Working Group. He holds a Ph.D. in natural resources from Cornell University and has worked extensively as a community-based media and environmental educator.

In early 2018, while finishing editing Denying Access: NoDAPL to NoNAPL, a feature length documentary about opposition to the Dakota Access and Northern Access Pipelines, he and other Senecas found out about a proposal to process fracking waste water and discharge it into the headwaters of the Allegheny River. That river, named Ohi:yo’ in Seneca, flows through the heart of their territory, where they have intensively invested in fishery restoration and other conservation efforts. In a collaborative effort with concerned citizens from Coudersport, PA and an outpouring of support from around the region, this project was successfully halted. Jason is a certified wilderness skills instructor and has been doing DIY renewable energy, agroforestry, and green living stuff for fun for two decades. His loves of life are his family and communities, plus hunting for tasty animals, mushrooms and pictures of the night sky.